Unmasking the Horrors of War 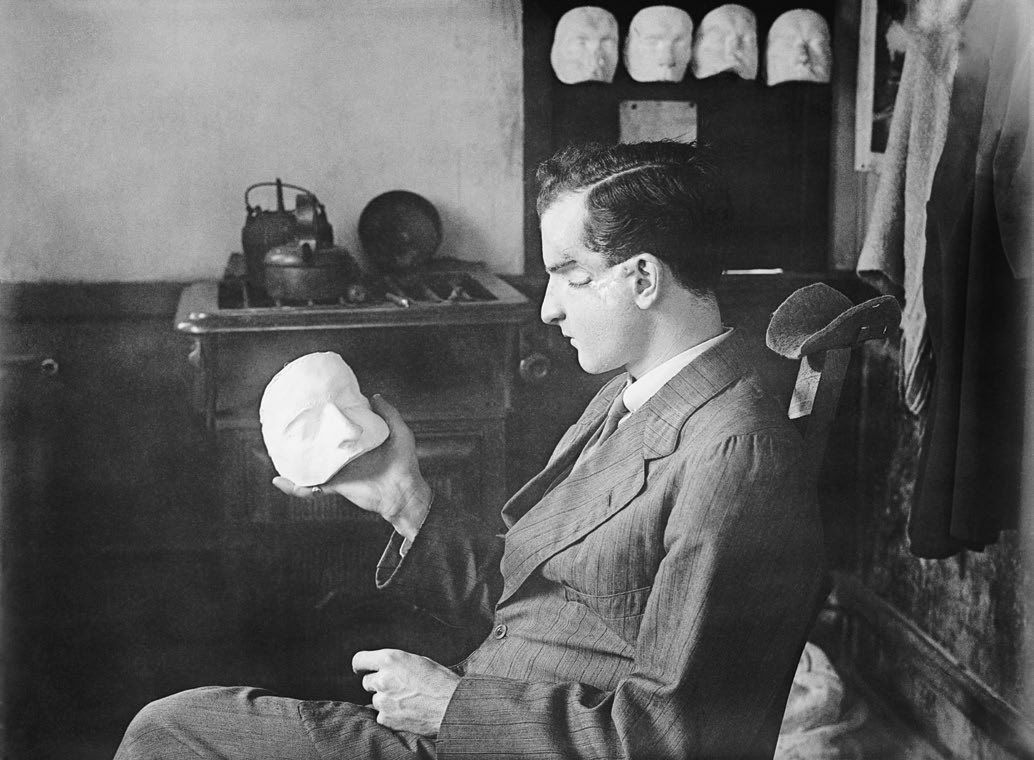 During WWI, Britain’s political, social and economic spheres took a massive beating. Soldiers either didn’t return from war or arrived physically and psychologically damaged. It is no wonder that the collective consciousness of the British people were numbed by the entirety of this brutality. However, the situation gave medical practitioners an impetus to devise pioneering techniques, especially in the field of reconstructive surgery. Harold Gilles was the first to take the lead here.

With permission from the British authorities, he started the Masks for Facial Disfigurement Department, along with Francis Derwent Wood (a sculptor), at the 3rd London General Hospital. While Gilles took care of the surgical aspect, Wood designed the masks that would be used to conceal the disfigurement. His metal masks were created to look similar to human skin. The man in the photograph above is seen holding one such mask in his hand, which was then used to conceal the loss of his eye.

It was around this time, in 1917, that Horace Nicholls, known as one of the first photojournalists in the world, was appointed as the official photographer of the Home Front by the Ministry Of Information. His documentation was concerned with capturing a country that was ravaged by war, and a part of this extended to photographing soldiers who returned with facial disfigurements. His pictures were a revelation to the British people, as prior to this, disfigurement was viewed with pity and dejection. Soldiers were perceived as beings that had nothing to live for anymore. Nicholls pictures are also vital from a historical point-of-view, as it gives us a look at the setup of the foundation of modern-day plastic surgery.