The Workings of a Pinhole Camera 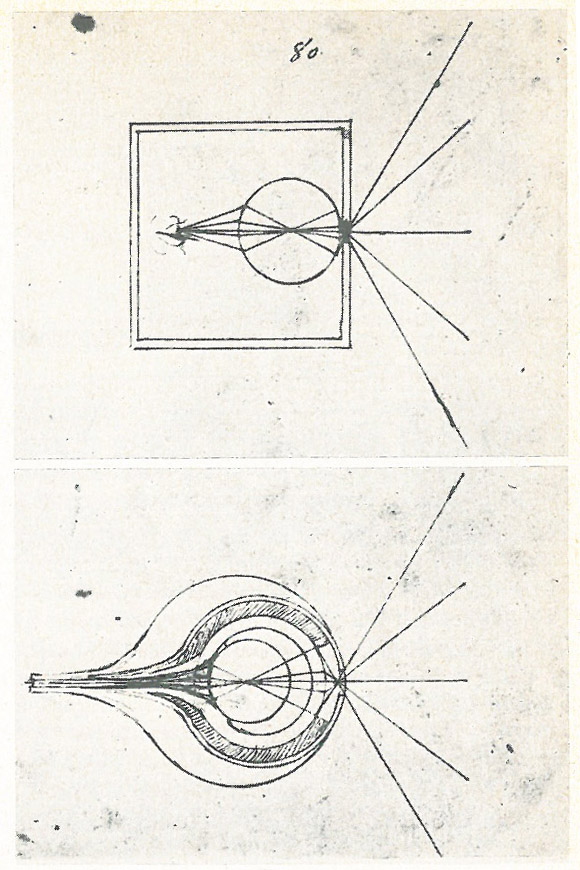 Da Vinic’s drawings comparing the eye to a camera obscura from Codex Atlanticus (1490-1495).

In his twelve-volume body of work titled Codex Atlanticus, Leonadro da Vinci described and illustrated the formation of a pinhole image. “If the facade of a building, or a place, or a landscape is illuminated by the sun and a small hole is drilled in the wall of a room in a building facing this, which is not directly lighted by the sun, then all objects illuminated by the sun, will send their images through this aperture and will appear, upside down, on the wall facing the hole.” Besides describing the camera obscura, Leonardo da Vinci is the first person known to add a lens to the hole where light enters, in order to obtain sharper images.