The Unsolved Conundrum of an Iconic Image 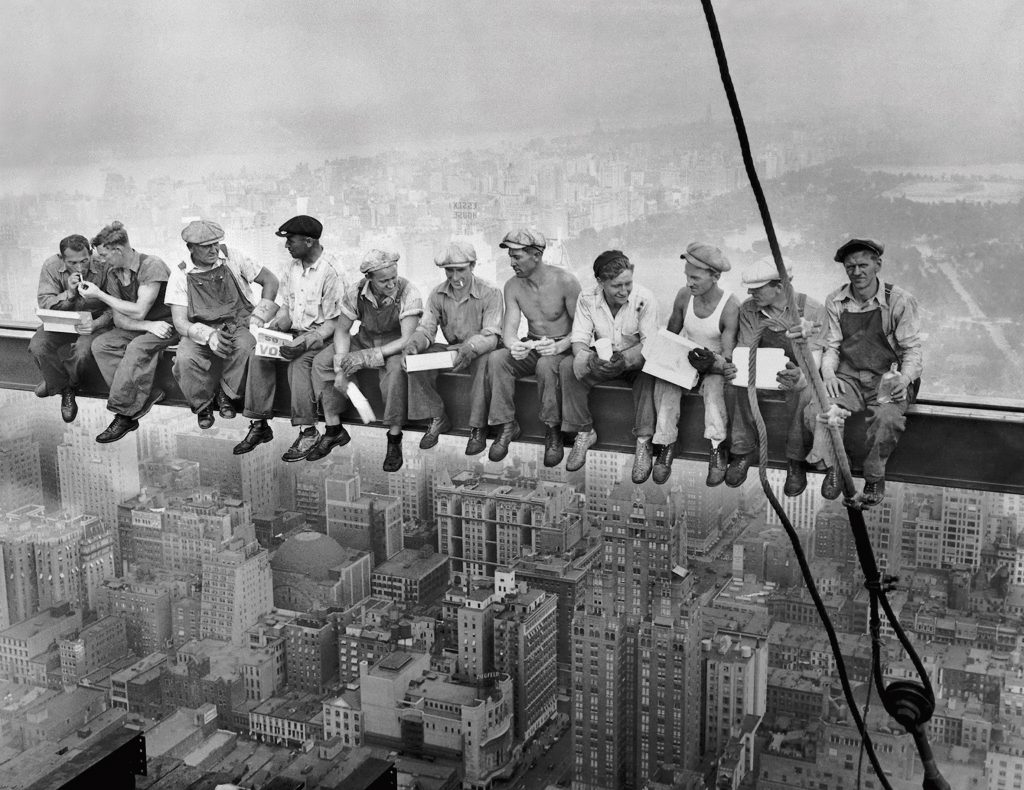 There are several iconic pictures of the Great Depression, but very few are as positive as the image above, Lunch Atop a Skyscraper. During the 1930s, the Rockerfeller Center had employed thousands of Italian and Irish immigrants for its construction and soon began promotional campaigns for the complex. This image, which was clearly staged, was shot on 20 September 1932, at 30 Rockefeller Plaza, as it was close to completion. It was first published in the New York Herald-Tribune and did not feature any credit, as it wasn’t a norm at the time. In 1995, Corbis Images acquired the negative, and in the early 2000s, they found evidence that established Charles C Ebbets as its creator. They credited him for it, however, confusion arose when two photographers were later identified—Thomas Kelley and William Leftwich, also present on the same day. Corbis retracted the credit. To this day, the identity of the photographer has not been established.

Later, the photograph caught filmmaker, Séan Ó Cualáin’s attention, who was keen to know the identities of the men in the picture. In 2012, his film, Men at Lunch, a documentary on the photograph, identified only four of them. Joseph Eckner (third from left) and Joe Curtis (third from right) were recognised in another staged photograph, shot on the same day. Sonny Glynn and Matty O’Shaughnessy, seated far-right and far-left, were identified by their family.