The Unition of Man and Machine 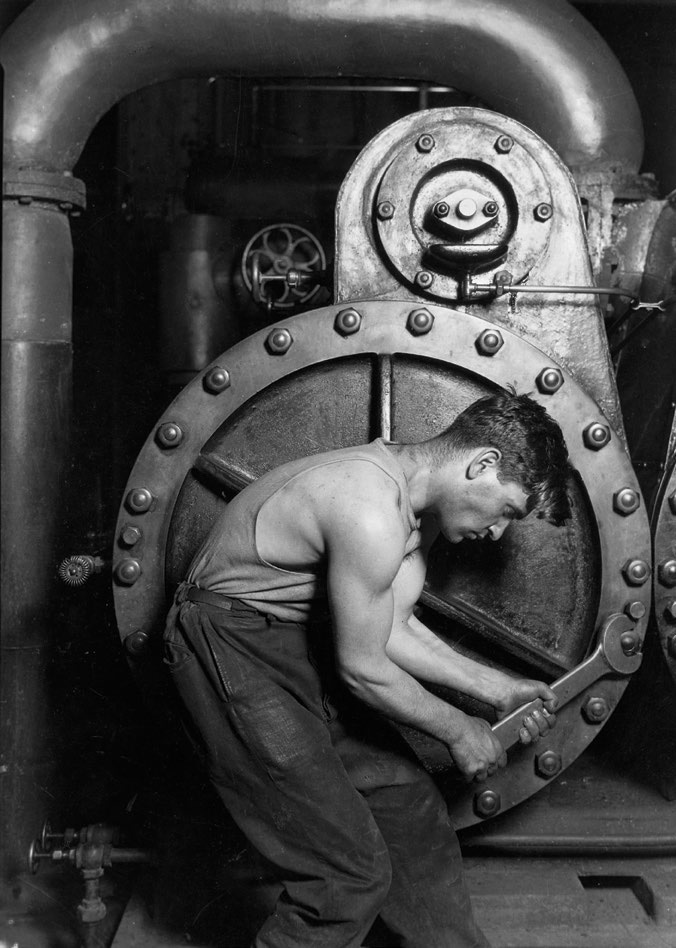 One of the earliest proponents of child labour rights in the United States, Lewis Hine was an exemplary photographer who was one of the first to use photography as a documentary tool; he was single-handedly responsible for changing child labour laws in the country. It was also his carefully posed photographs of workers in an industrial setup that cemented his footing in the world of documentary photography. One of these pictures is the famous Power House Mechanic, shot in 1921, as part of his Men at Work (1932) series, a book that celebrated worker’s interaction with machines in the modern world. The photographs that made up the series moved away from Hine’s gritty documentary style, which was prevalent before 1919, to what he called “interpretative photography”. The goal was to elevate the stature of the workers, who, he felt, were being increasingly diminished by the colossal machinery that they operated. Power House Mechanic is astounding in the way it seamlessly fuses man and machine. The young man in the photograph, with a wrench in hand, is seen hunched over a machine, as he strains against it, visible in the tautness of his muscles, making it an emblematic representation of masculinity. Despite the success of his work, Hine spent the remainder of his years in poverty, with his work virtually forgotten until his retrospective, organised by Berenice Abbott and the art critic, Elizabeth McCausland, who reintroduced him as one of the defining voices in the history of the medium