The Ultimate Symbol of Protest 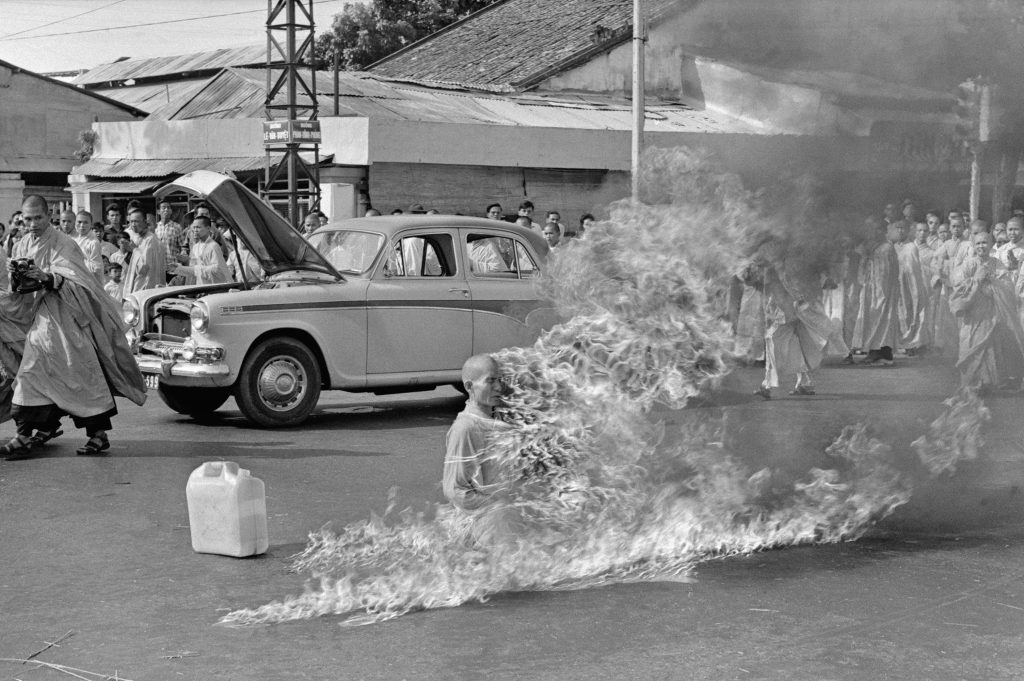 Over the years, self-immolation has become one of the most powerful symbols of dissent. And the photograph that started it all was The Burning Monk, shot by Malcolm Browne, in 1963. Prior to the incident, Browne had already spent two years in Saigon, and had formed a good relationship with the monks. He was aware of the oppression faced by the Buddhists, on account of President Ngo Dihn Diem’s enforcement of pro-Catholic policies on them. On 10 June, 1963, Browne received a call from Thich Duc Nghiep, from the Xa Loi Pagoda, intimating him of an important event that would take place the following morning. Several other foreign agencies were also informed, but they mostly just brushed it off. The next morning, Browne and ‘Bill’ Ha Van Tran (reporter from AP), along with correspondents from AFP and UPI, arrived at the Pagoda. Only Browne and Bill had cameras with them. As the ceremony began, and continued till the intersection ahead, three monks emerged out of a sedan, along with can of aviation fuel. “I realised at that moment exactly what was happening, and began to take pictures a few seconds apart,” Browne said. Of the three monks, Thich Quang Duc (the older one), was helped by his partners to settle down on the road, was drenched with fuel, and set on fire. As Browne continued to shoot (about 10 rolls of film), he recalled, “He (the monk) never yelled out in pain. His face seemed to remain fairly calm…” The pictures were immediately dispatched to the United States. Due to its graphic content, a different version of the photograph was circulated. The image shocked President John F Kennedy, who called for a review of his administration’s Vietnam policy. That same year, Browne won the World Press Photo Award, and the Pulitzer Prize in 1964.