The Tragic Life of a Divine Muse 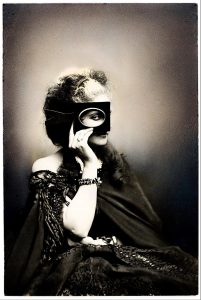 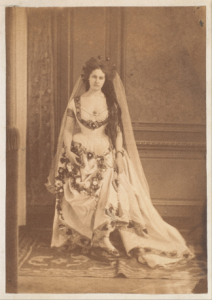 Few have been able to express themselves as boldly, carefree and enigmatically as Virginia Oldoini, the Countess of Castiglione. Considered to be the most gorgeous woman of her time, she was shipped off to Paris in 1856 to persuade Nepolean III to support the Italian unification. Her cousin Camillo Cavour, a minister, instructed her to succeed at any cost. So she did by briefly becoming the emperor’s mistress. A year later, she visited Mayer & Pierson, a renowned photography studio, where she met Pierre-Louis Pierson. The encounter turned into a long-term collaboration, and the portraits went on became the earliest record of fashion photography.

During the partnership, they created more than 400 portraits. Unlike other passive sitters, Oldoini chose to be an art director of the photographs. She chose the camera angle, gave directions for the post-production, and even intricately hand-painted some of the images herself. The body of work chronicles her triumphant moments in Parisian society, where she wore her elaborate and luxurious gowns. Later, her oeuvre expanded to incorporate costumes inspired by theatre, literature, myth, and voyeuristic shots of her feet.

In 1870, after the Second Empire collapsed, Oldoini, who was mentally unstable and divorced, became a recluse. She lived in an apartment with the curtains drawn, only to venture out at night. She passed away in 1899, leaving behind an artistic legacy.

This article originally appeared in the January 2021 issue of Better Photography.