The Strange Case of a Street Fair Booth 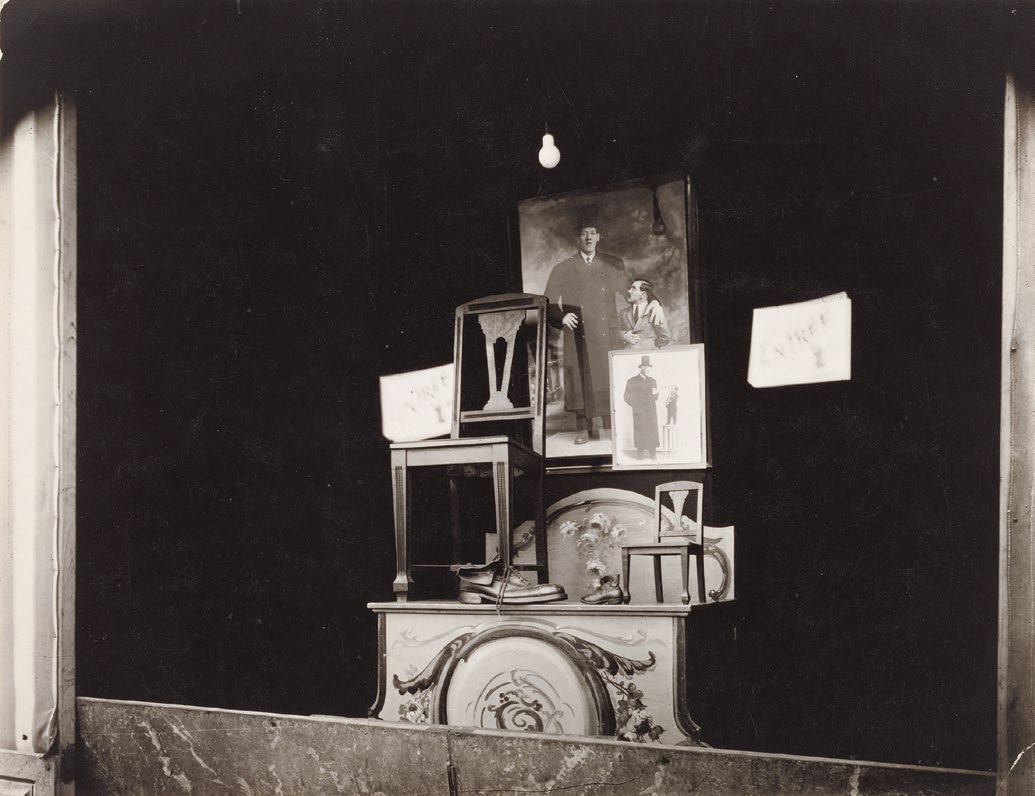 Amongst the many Parisian scenes that caught the perceptive eyes of Eugène Atget, storefront displays were one of his favourites. This image, titled Fête du Trône/Boutique de foire (Street Fair Booth), is one of the many photographs he made of the seasonal street fairs of Paris. At first glance, the assemblage of the discordant elements on display elicits a sense of curiosity and wonder. Upon closer inspection, you’ll notice a large and small chair perched atop an ornate table. Upon further closer inspection, you’ll notice two shoes, one significantly bigger than the other. To compliment this, two portraits of men— Armand the Giant and the smallest man in the world, occupants of the chair and proprietors of the shoes—hang in the background. Two placards appear suspended on either side of the display, informing visitors of the one franc cost of admission. To complete the tableau, a lone bulb remains dangling above the setup—its crisp whiteness providing a stark contrast against the black backdrop. “The apparent incongruity of elements makes this seem a surrealist image, and it was just these bizarre and unexpected components that drew artists Marcel Duchamp, Man ray and Berenice Abbott to Atget’s work. Inadvertently his photographs became not the raw material for the creations of artists but supports for an artistic aesthetic,” words borrowed from the description of the image from the J. Paul Getty Museum.

This article originally appeared in the April 2021 issue of Better Photography.