The Story Behind: A Portrait of a Cutthroat Capitalist

Edward Steichen was only 23, a fledgling in the world of photography, when he was commissioned to create a portrait of one of the most powerful and richest financiers in the U.S., John Pierpoint Morgan. Morgan was a great lover and collector of a variety of art, and spent half his fortune on it. He also commissioned several portraits of himself. However, being in such an incredible position of power meant that he was constantly restless and busy, and didn’t have the patience to sit for a painting session. In January 1903, Fedor Encke (a painter), who was given the task to paint a portrait of the tycoon, hired Steichen (who, at the time, was working diligently to breakthrough into the world of fine art photography) to photograph him, and from the print he would paint Morgan’s portrait. 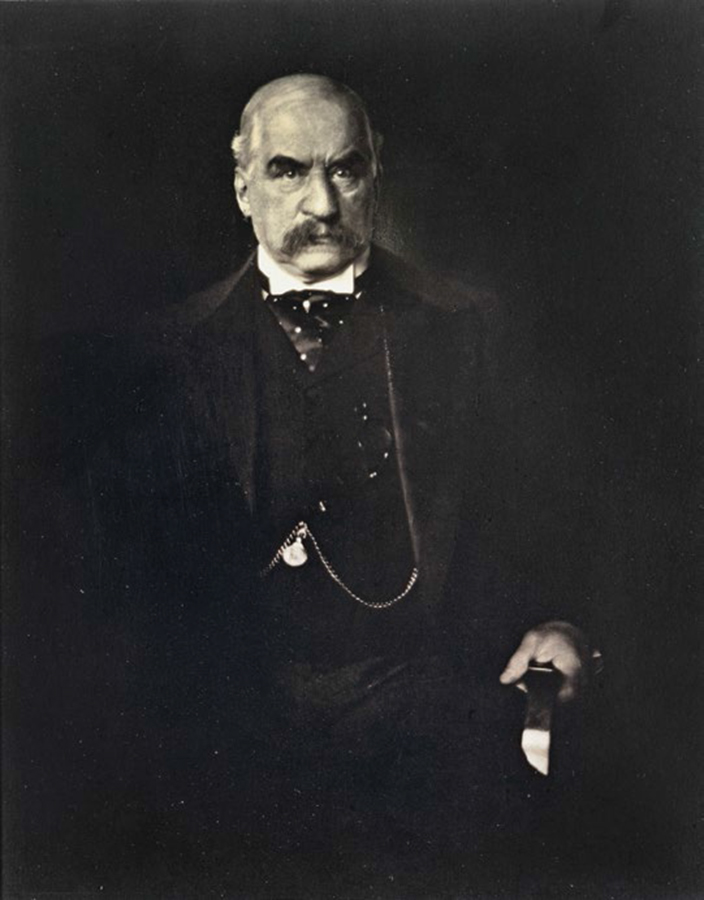 In preparation for the shoot, Steichen had a janitor sit in for Morgan, to perfect the lighting beforehand. When the time arrived, Morgan entered the room, set down his cigar and gave his customary pose. For the second image, Steichen requested him to shift slightly for a different pose. This is said to have annoyed Morgan, whose expression and body posture immediately turned sharp and tense. “I saw a dynamic self-assertion take place,” Steichen recalled in his autobiography, A Life in Photography. He quickly took the

second picture and declared that the session had ended. Morgan was pleased that the sitting was done in three minutes and immediately paid Steichen a handsome sum of USD 500 (about USD 14,000 in today’s value).

However, his delight vanished after he received the proofs. While the first photograph was innocuous (Morgan ordered a dozen copies of it, which Encke used to complete his oil portrait), the second one depicted him as menacing and fierce. It also didn’t help that the light reflected on the arm of the chair that he was holding on to, made it look like he was brandishing a dagger. Morgan was furious and tore the proof then and there. Steichen, however, was proud of the photograph, and gifted the original print to his mentor, Alfred Stieglitz. Although critics wondered if Steichen’s forbidding portrayal of Morgan was deliberate, the image came to be admired as one of the best portraits that embodied the tycoon’s disposition.

Ironically, years later, Morgan reached out to Steichen, expressing his interest in purchasing the original print from him. But Stieglitz wouldn’t sell. Steichen did agree to make a few copies and send it to him, however, he never ended up doing so… “My rather childish way of getting even with him for tearing up that first proof,” he had said.

Tags: portrait, did you know, The Story Behind the Picture, Features, Edward Steichen, A Portrait of a Cutthroat Capitalist, John Pierpoint Morgan