The Sole Portrait of the Elusive Artist

Vincent Willem van Gogh, one of the most prolific artists of the 19th century, who, in his short lifetime, created well around 2000 pieces of art, including 30 self-portraits, was camera shy. He felt that photographs lacked life and that photography was mechanical. It is no wonder that up until last year, there were only two known photographs of the artist—both portraits—which were shot when he was 13 and 19 years old. The portrait of a 13-year-old Vincent, was unveiled in 1957, almost 70 years after his suicide, by Marc Edo Tralbaut, a Belgian art historian. The image was used for decades as a depiction of the artist in his youth, and remained unquestioned and unverified, until very recently. 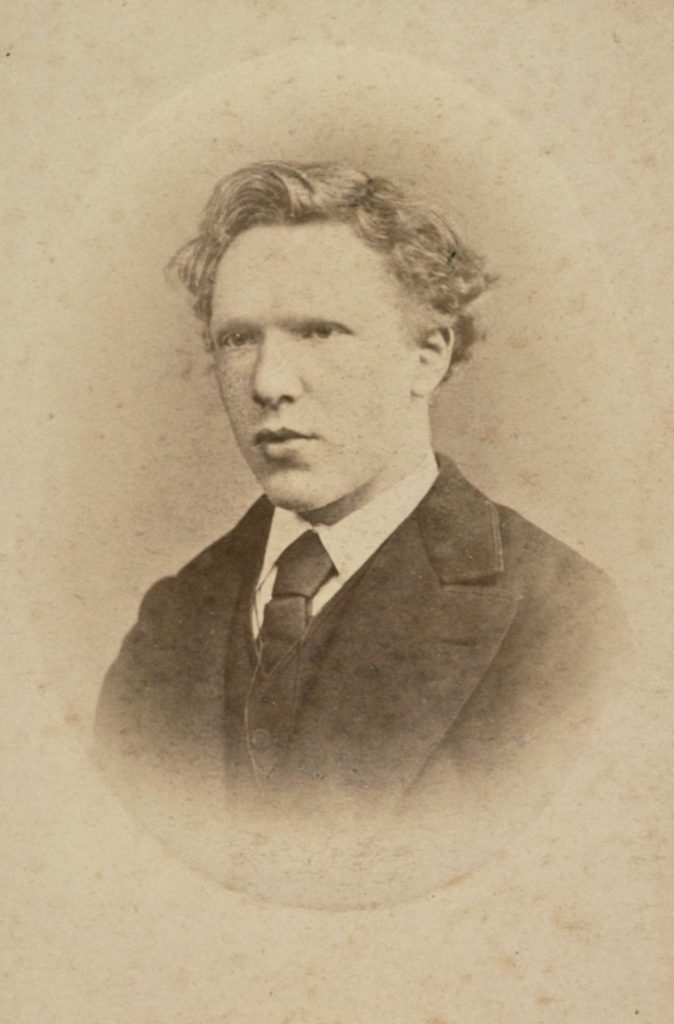 Doubts pertaining to the authenticity of the photograph, first surfaced in 2014, when a Dutch television program used experimental imaging technology to “age” the portrait of the 13-year-old Vincent. The result came nowhere close to the portrait of the 19-year-old painter. In a separate investigation conducted by Yves Vasseur, General Commissioner of Mons 2015 European Capital of Culture, discovered that the photographer (Balduin Schwarz), who made the portrait of the 13-year-old boy, had moved to Brussels in 1870, when Vincent had already turned 17 and was living at The Hague (Netherlands). “I realised that Vincent would have been much older than 13 at the time, and wondered whether it was even possible for it to be him in the photograph,” Vasseur said. So, who was the young boy in the picture? Researchers quickly shifted their attention to Theo van Gogh, Vincent’s younger brother, and were able to establish that the boy in the picture was indeed him (Theo). The Van Gogh Museum officially announced this development, late last year.

Although there are a handful of photographs that identify Vincent in them, none have been verified, except for the picture above, shot by Jacob Marinus Wilhelmus de Louw, at The Hague, in 1872, of the elusive artist, when he was 19 years old. “The discovery means that we have rid ourselves of an illusion, while gaining a portrait of Theo,” Axel Rüger, Director of the Van Gogh Museum, said.