The Secret World of Lewis Carroll 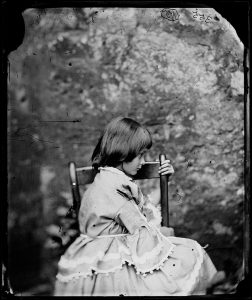 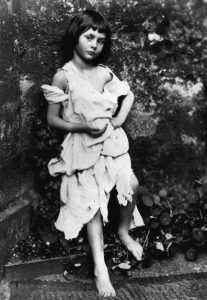 Sometimes, a person changes the trajectory of your life. For Charles Lutwidge Dodgson, alias Lewis Carroll, it was Alice Liddell, the daughter of his friend dean Henry Liddell. They met in 1855, when dean Liddell and his family arrived at Chris Church where Dodgson was living. Soon, Henry’s children—Harry, Lorina, Alice, and Edith— befriended Dodgson, who was seen spending a copious amount of time with them. In July 1862, he took the three Liddell sisters on a boat ride, and told them the story that would become Alice. Alice Liddell, 10-years-old then, asked Dodgson to write down the story.

At this time, Dodgson—a logician, author, mathematician, and an ordained minister then—was also creating portraits. Of about the 3000 wet collodion images that he made during his career, half of them were of children—some semi or complete nudes. This was not considered obscene in the Victorian era but was seen as images of innocence and grace. Dodgson also received Alice’s parents’ permission to photograph her. The image on the right titled The Beggar Maid went on to become a famous portrait of her.

In 1864, Dodgson gave Alice a bound manuscript of Alice’s Adventures Under Ground, and a year later, an expanded version followed titled Alice’s Adventures in Wonderland. It was only in 1930’s, three decades after his death, that biographers and scholars began to question Dodgson’s relationship with these girls. “People have wondered what he did with his love life. Now it can be told. He loved little girls, but, like Peter Pan, he had no intention of marrying them,” said Florence Becker Lennon, the author of Victoria Through the Looking Glass. But Alice “was the first and most favoured of his girlfriends.” Although these speculations have been around for a century, there is hardly any evidence to support the claims.

This article originally appeared in the December 2020 issue of Better Photography.