The Secret Behind an Image of Horror 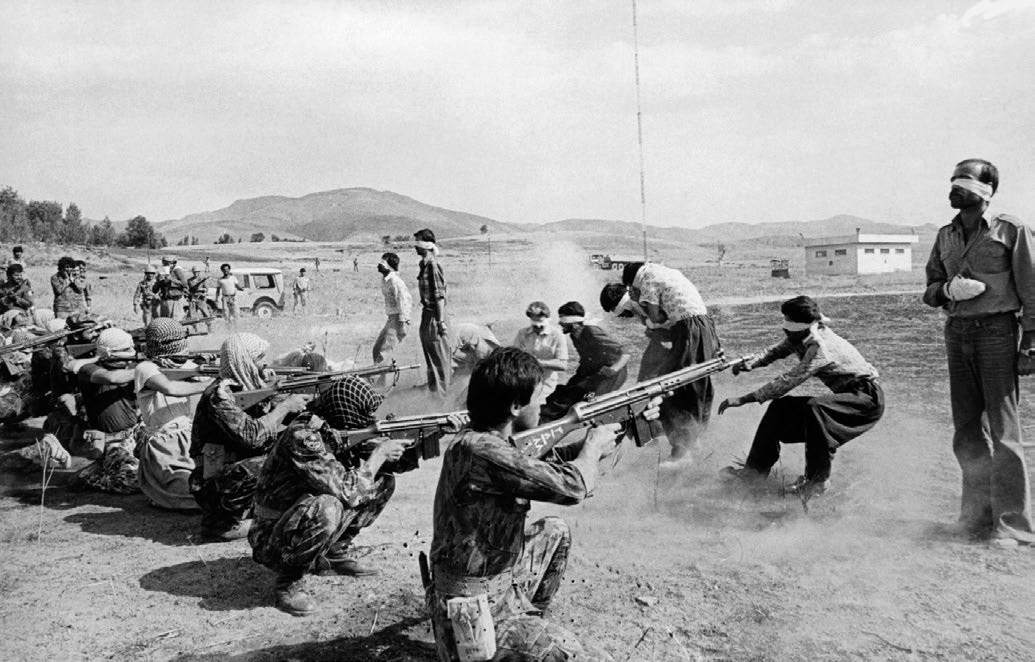 The above image is one of the most deplorable depictions of Iran’s bloody history—The Islamic Revolution of 1979, which began after the fall of its last monarch, Mohammad Reza Pahlavi. With the support of the Kurds, Ayatollah Khomeini, a radical Islamic cleric, took over the country. However, when the Kurds asked for regional autonomy, they were refused, thereby causing them to rebel. Khomeini then began to systematically execute them. Khalil Bahrami, a reporter, and Jahangir Razmi, a photographer, covered one such execution, for Ettela’at, the oldest newspaper in Iran. They arrived at the Sanandaj Airport, after receiving a tip-off. Eleven men—nine Kurdish rebels and two officers from the Shah’s regime—were on the verge of being executed. Before he knew it, Razmi found himself in the midst of the chilling scene you see above.

Ettela’at published the image on its front page, without crediting Razmi, to protect his identity. Within hours, the photograph was picked up by the United Press International, who distributed it to The New York Times, The Washington Post, Der Tagesspiegel, and The Daily Telegraph; the credit going to UPI. By then, Razmi, who was disappointed with the chain of events, took some of the negatives home.

In 1980, UPI submitted, the image (Firing Squad in Iran) for the Pulitzer award, which it won (the only anonymous winner in its history), as well as the second prize in the Spot News category, at the World Press Photo awards. Razmi didn’t receive any appreciation or a single dollar for this. Over the years, many photographers took credit for the image, much to Razmi’s irritation. But, he had to maintain his silence, as he was, by this point (mid 90’s), one of the official photographers for the government. It was only in 2006, that he decided to disclose his identity, since he felt that enough time had passed since the picture was made. In an exclusive interview with The Wall Street Journal, Razmi said, “Without this picture, I wouldn’t be anything. My name should be there. There’s no more reason to hide,” he said.