The Roar that Defined Hollywood 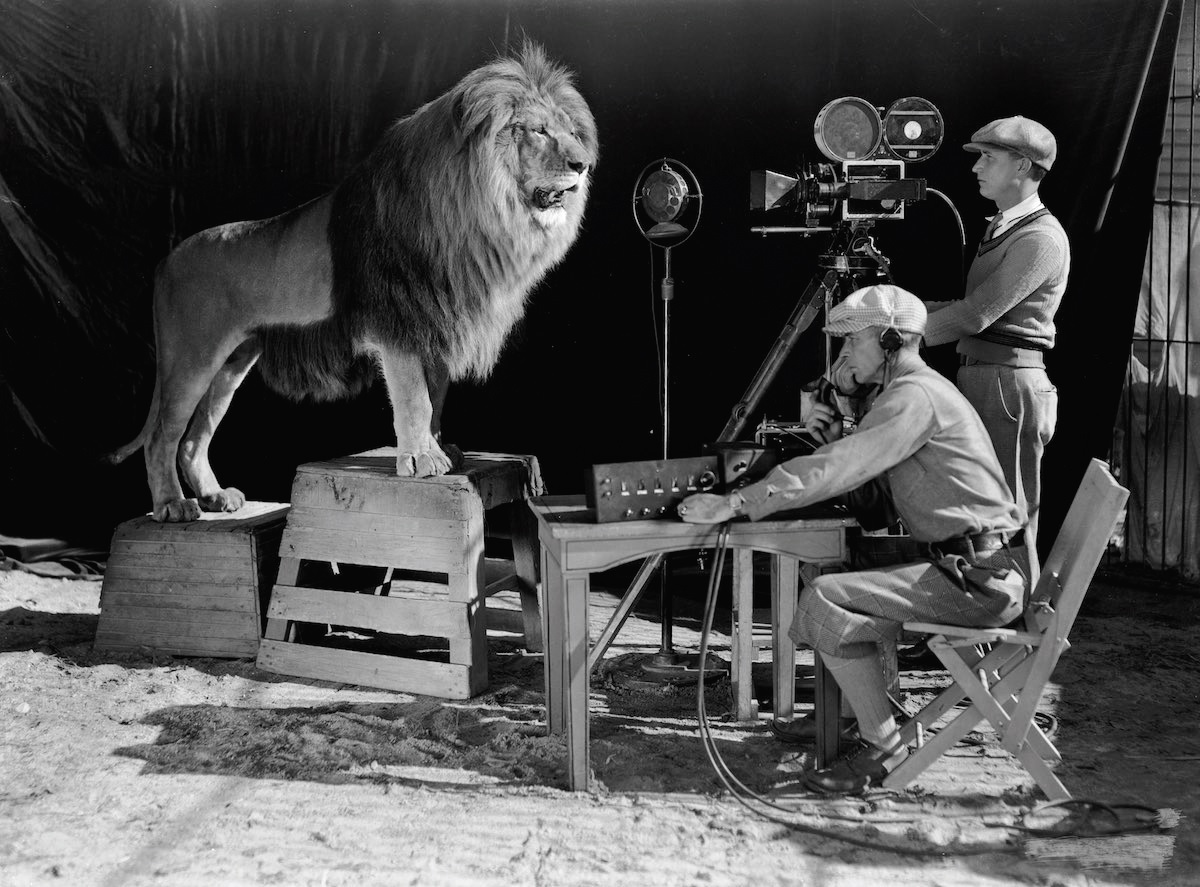 Have you ever wondered about the lions that have graced Metro-Goldwyn-Mayer’s memorable logo? Starting from 1924, when MGM released its first logo, seven lions—Slats, Jackie, Telly, Coffee, Tanner, George and Leo (in chronological order)—went on to define and grant MGM its emblematic status, in way of their iconic roar. However, among all the lions that were featured, it was only Slats whose roar wasn’t recorded, as he appeared at a time when movies were silent. But as audio technology made its way into movies, it was decided that the bumper would now include sound; a lion’s roar. Jackie became the first lion whose roar was recorded, as seen in the photograph, and was used in White Shadows in the South Sea (1928), MGM’s first sound picture. It is unknown how the audio and video technicians got him to roar. Nonetheless, the sound clip was played across theatres in the U.S. via a gramophone record. For the next 30 years, Jackie appeared in more than 100 MGM movies. But his stint with the studio was fraught with misfortune—two train wrecks, an earthquake, a sinking boat, an explosion at the studio, and a plane crash that in the Arizona wilderness, where he was stranded for several days—all of which he survived unscathed. Finally, in 1931, Jackie retired to the Philadelphia Zoo, and passed away in 1935, from a heart condition. After him came Leo, in 1957, who would go on to become the longest serving lion (the bumper featuring him continues to be used today) in MGM’s history.

This article originally appeared in the December 2019 issue of Better Photography.