The Reversal of a Lifetime 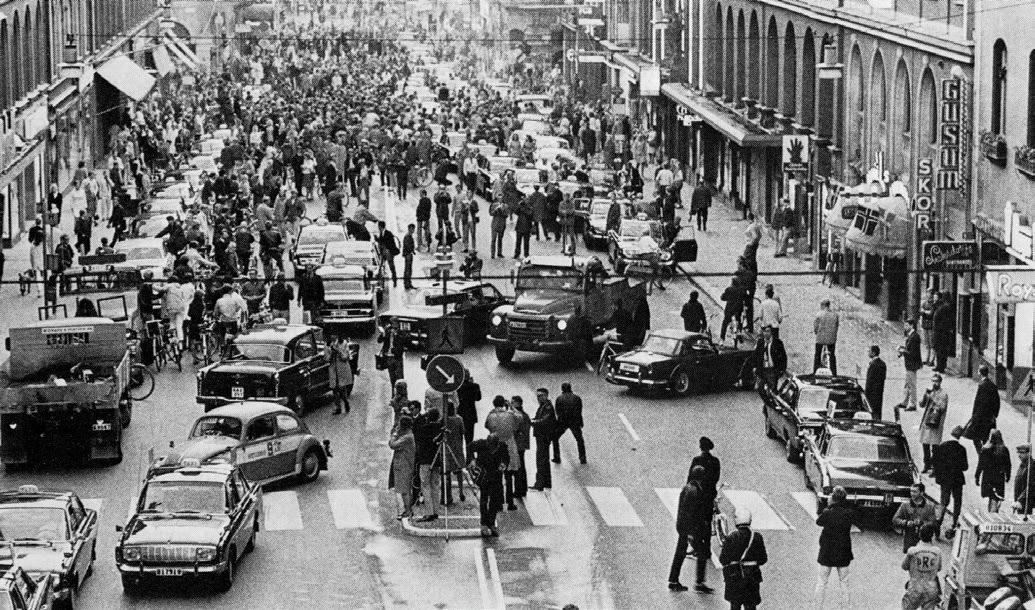 The year was 1967, an iconic Sunday morning for Sweden, where months of practice and conditioning was finally about to be put into action. Dagen H, or Högertrafikomläggningen (right-hand traffic diversion), the official day for the deed, was executed at the break of dawn, on 3 September. It marked one of the most life-altering events for Sweden that involved unlearning the habit of a lifetime—switching from driving on the left side of the road, to the right side. In May 1963, the Swedish Parliament voted in vast majorities for the switch. One of the reasons for this was to be in tandem with their neighbouring European counterparts. Moreover, Swedish authorities noticed that the number of road accidents, on account of the steering wheel being on the left side, especially while making turns on narrow roads, was at an all-time high. The decision, however, was not an easy pill to swallow, for the public—83 per cent of them voted against it, when the idea first came up in 1955.

However, in 1967, the U-turn became a nationwide process to ease the motorists into the 628 million kroner project (equal to USD 316 million today) that Lars Magnusson, an economic historian, argues is a relatively small figure at the scale at which it was carried out. A new right-hand traffic commission called the Statens Högertrafikkommission was established, to look over the tedious crossover. The process began months prior, with the reversal of traffic lights, new road signs and intersections, modification of public road transport, lessons on new rules and regulations… The publicity was so widespread that it even had a song contest and a specialised Dagen H logo printed on everything from milk cartons to intimate wear. The switch was considered successful, even though its first implementation saw unruly roads, with drivers in a state of utter confusion, and which caused over 150 minor traffic accidents, but no fatalities.

This article originally appeared in the June 2019 issue of Better Phot0graphy.