The Renewal of Meaning

Angela Grauerholz’s Privation is a look at books and how their tangibility can be altered by new technology. Her work will be on display at the Chennai Photo Biennale, from 22 February-24 March. 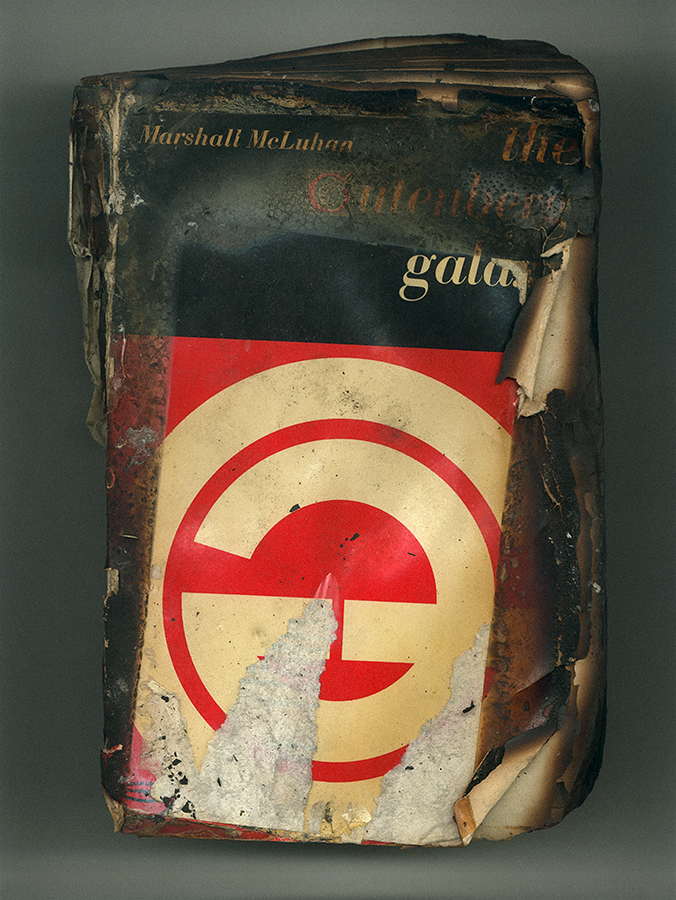 When I started out, I was a book designer. The idea of the subtle transformation of text through typography, giving it an appropriate visual sense through something as non-expressive as type, and how this transformation can work with something inherently generic or even pedestrian, was what interested me. A book can take different forms, but its fundamental structure is always related to the codex, that is, a pile of bound pages. I was not interested in changing this basic condition, but how we experience it.

My Perspective
Photography, for me, is a series of moments that have no present, but are filled with the past and the future, with memories and recognition of what we have seen and experienced before, and is brimming with anticipation of what is next. I liken this quality to books as well. Every time that we read what’s in a book, we are participating or engaging in the ‘production’ of content and its interpretation. Over the years, these themes have been reflected, in one way or another, in the bodies of work that I’ve produced, Privation being one of them. 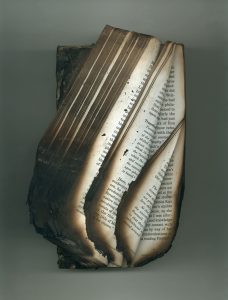 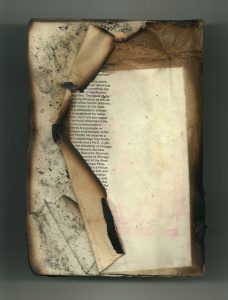 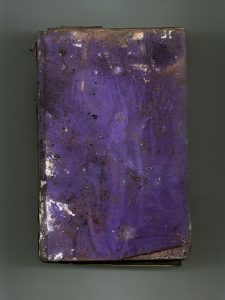 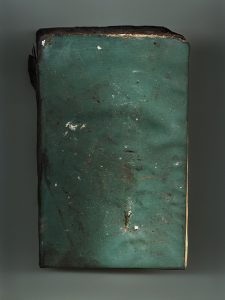 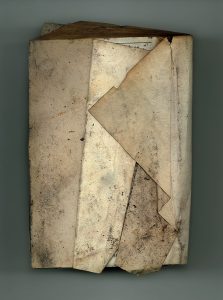 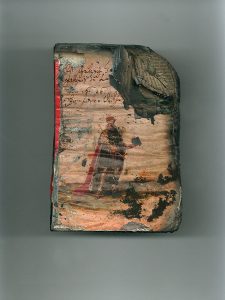 In 1999, a major fire at my home destroyed the library that my husband and I had built for 25 years. To assess the damage, most of the burned books were stored with the insurance company, but I was able to fish one book out of the rubble. That’s when it struck me. It had been transformed from something accessible, to something that could not be opened anymore. Like for most of them, the dust jacket was gone and only the linen of the hardcover book was still visible, their colour, but rarely a title, was completely calcified. My interest was piqued, but I did not know what to do with it then, so I put it away for about a year.

The Process
When I finally decided to do something with the books, I began by scanning their front and back covers, leaving their content either hidden from view, or at times, only alluded to through a title, a word, or part of an image. The resulting photographs (or scanographs) prompted me to contemplate, and eventually gain a more profound understanding of the regenerative aspects of loss. The process also neutralised the very dramatic aspect of the event that had preceded it. 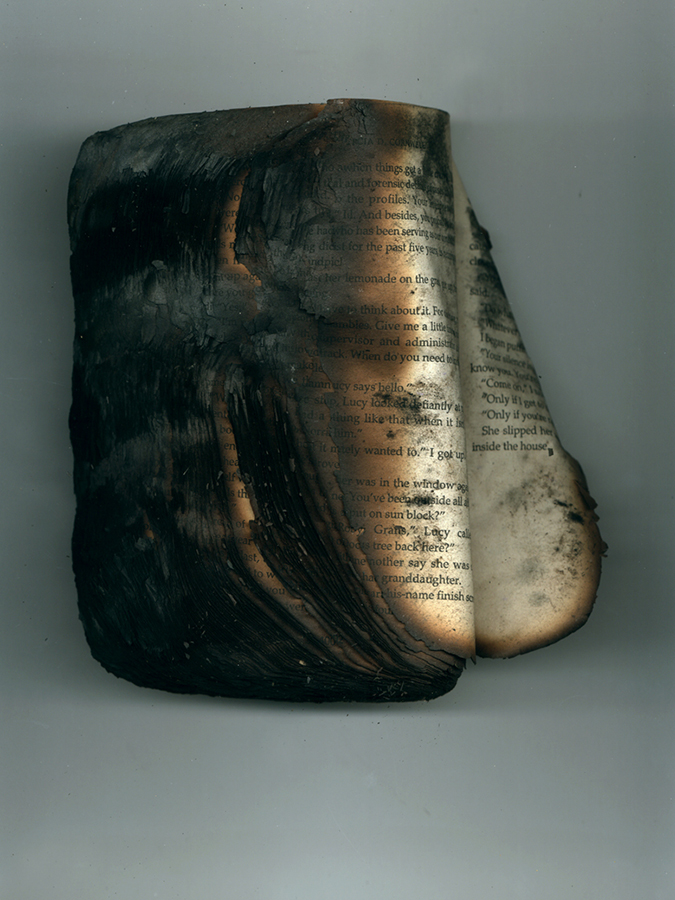 For me, the images represented pure documents of the object, which is simultaneously two dimensional and three dimensional. By scanning only the front and back covers, the content is rendered inaccessible, and this was doubly effective in the artist book that I then made, where the back and front of each page (piece of paper) which had the two covers of the book (printed via photocopy), essentially eliminated the three dimensionality of it. Bound into a ca. 650 page book, my lost library was reconstituted into one book. 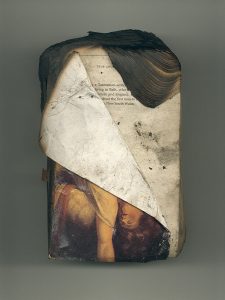 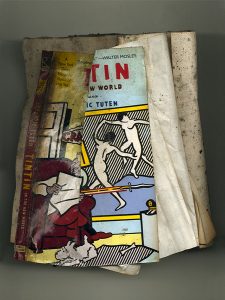 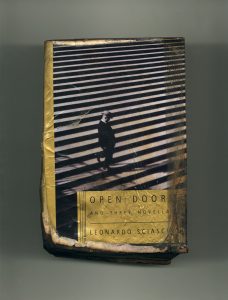 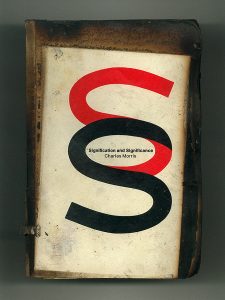 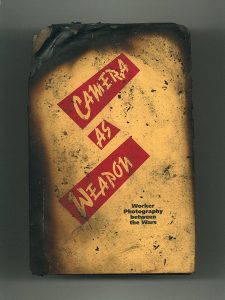 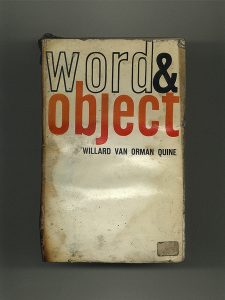 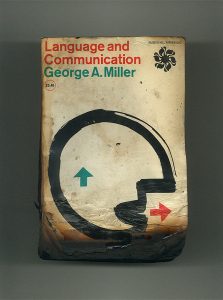 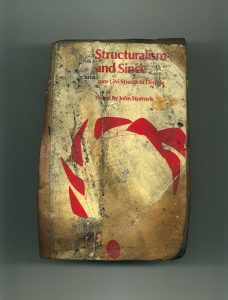 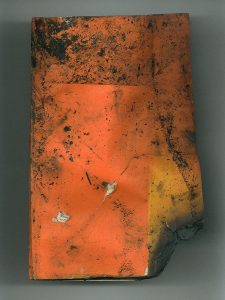 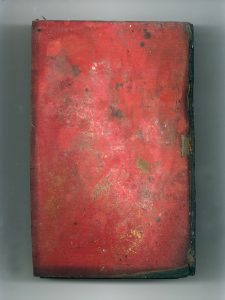 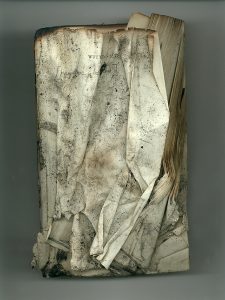 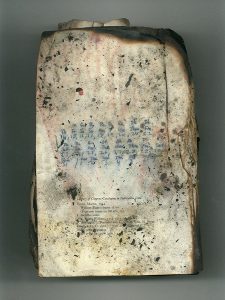 Moreover, the transition from analogue to digital photography—an almost unsurmountable problem for me at the time—became beautifully logical in its simplicity. The digital image confronts us with the fact that the absence of materiality transforms the resulting image into a mere reproduction, a print in the truest sense. The final photographs were all printed via the gicclé printing process onto Arches paper for longevity. 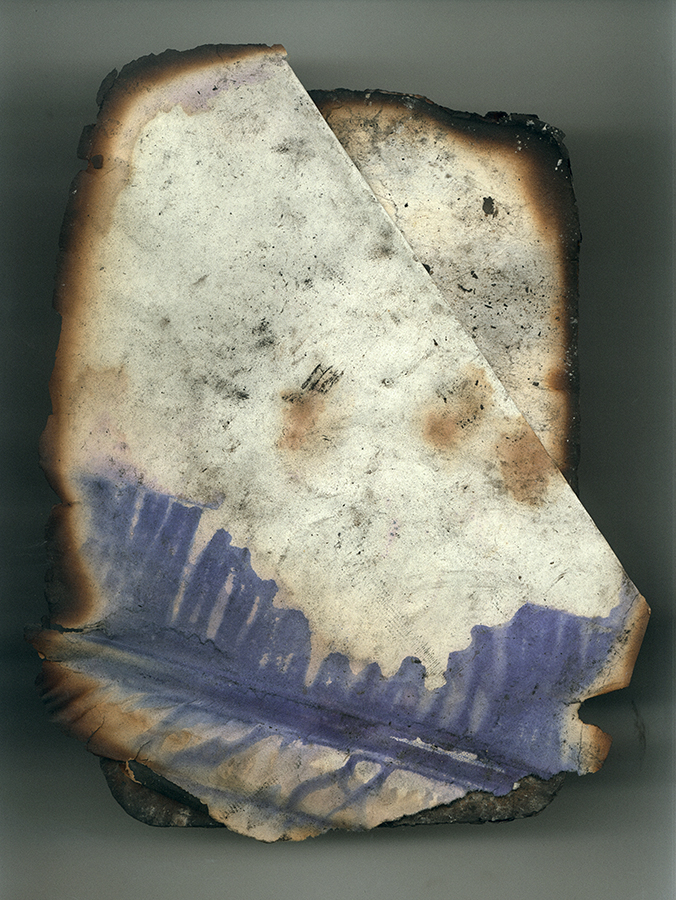 Inevitably, the images of the charred remains of books remind us of those libraries destroyed by fire, war, and cultural hatred; from the burning of the Great Library of Alexandria by Julius Caesar in 47–48 BC, the Nazi’s burning of ‘degenerate literature’ on the night of Thursday, 16 March 1937, in Nüremburg, to the more recent ‘ethnic cleansing’ of all the libraries in Kosovo. These series of calamitous tragedies have forever erased histories, knowledge, and identities, both personal and cultural. 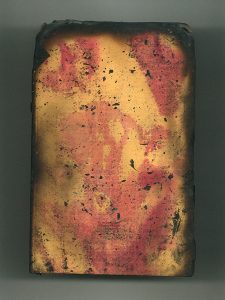 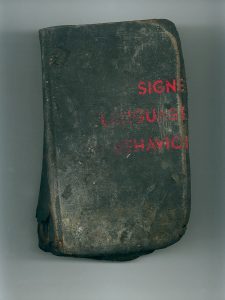 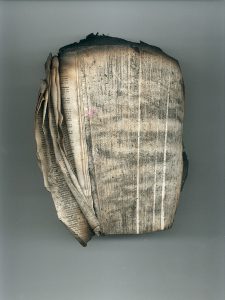 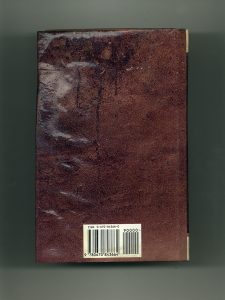 An image of destruction certainly evokes certain reactions, which in this case are counteracted by the pure beauty of the object. Beauty is a powerful tool. It is seductive, but it can be just as subversive, as it can work as a smoke screen for other concerns. However, my concern is aimed at the future of the book as an object, and it is in part about the potential loss and gain through new technologies. It is a philosophical position, a humanist concern, and it is just the tip of the iceberg. Regardless, I feel, it is important to engage with these questions in any which way we can. Mine is photography.

—As told to Conchita Fernandes
To view the rest of Angela’s work, visit her website www.angelagrauerholz.com.

This article originally appeared in the January 2019 issue of Better Photography magazine.