The Making of Free India 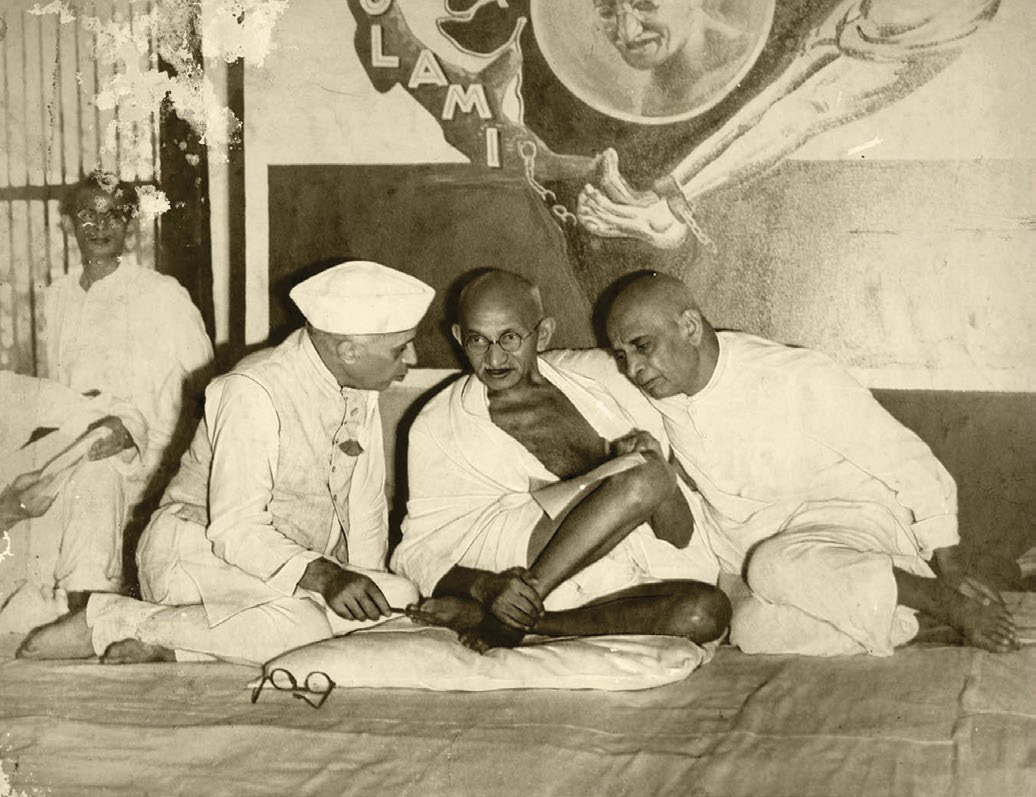 One of the most iconic records of India’s independence is this rather tense photo, shot at the All India Congress meet in Calcutta, in 1947. Jawaharlal Nehru, Mahatma Gandhi and Sardar Vallabhbhai Patel, three of the prime architects of our freedom movement, are seen engaged deep in conversation, in a somber moment that seems to reflect concern, on their faces. It is believed that the prime agenda of the meet was to discuss the road ahead after independence, and thus, deliberate on the impending partition of the country, as proposed by Muhammad Ali Jinnah. The tension coexists rather poignantly with the celebratory artwork on the wall, the broken shackles, symbolising a new beginning, freedom from the gulami of colonialism.

The moment was photographed by Kulwant Roy, on his Graflex, one of the most famous press cameras of the era. Roy was one of the foremost and robust documenters of the freedom struggle. The photograph above is a scan of a yellowed print, but there are also other prints and reproductions, some black and white, and others, in varying stages of ageing. The original is a glass plate, which is also in existence, and is a part of the India Photo Archive. Roy passed away three decades ago, but his work lives on, having been restored by his nephew, Aditya Arya, also a photographer.