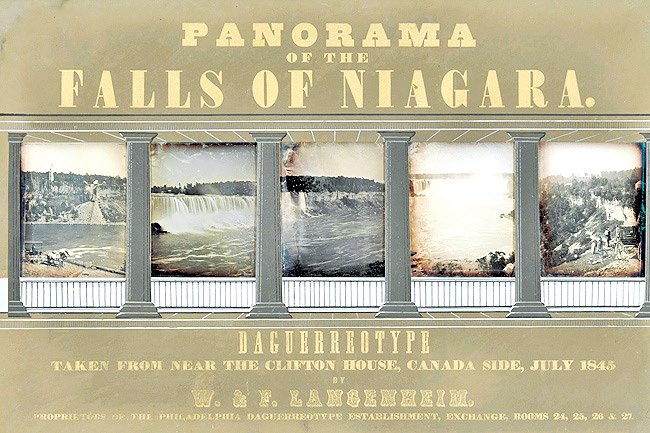 German brothers William and Frederick Langenheim opened a portrait studio in Philadelphia in 1843. While William was the business manager, Frederick operated the camera. Together, they became two of the first successful commercial photographers in the United States. They earned international prominence in 1845 when they made daguerreotypes of the Niagara Falls, which according to Robert Taft, a photo historian, were the first photo records of the falls.