The Horse in Motion 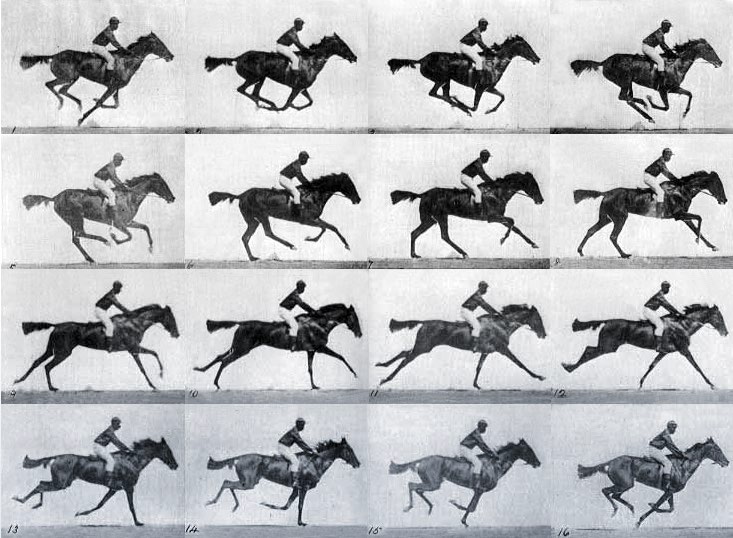 In 1872, the Governor of California, Leland Stanford, approached Edweard Muybridge to help settle a popular debate at the time—whether, during a gallop, a horse lifted all four of its legs off the ground. Muybridge was apprehensive about capturing the movements of a creature running at 40 feet per second but he finally agreed to the task. Due to unforeseen circumstances, it wasn’t until 1878 that he made a breakthrough. He lay 12 wires across the horse’s path, each designed to trigger a different camera when the animal would run past it. The 12 successive images that he obtained, helped settle the debate. His experiments contributed greatly to the study of motion.