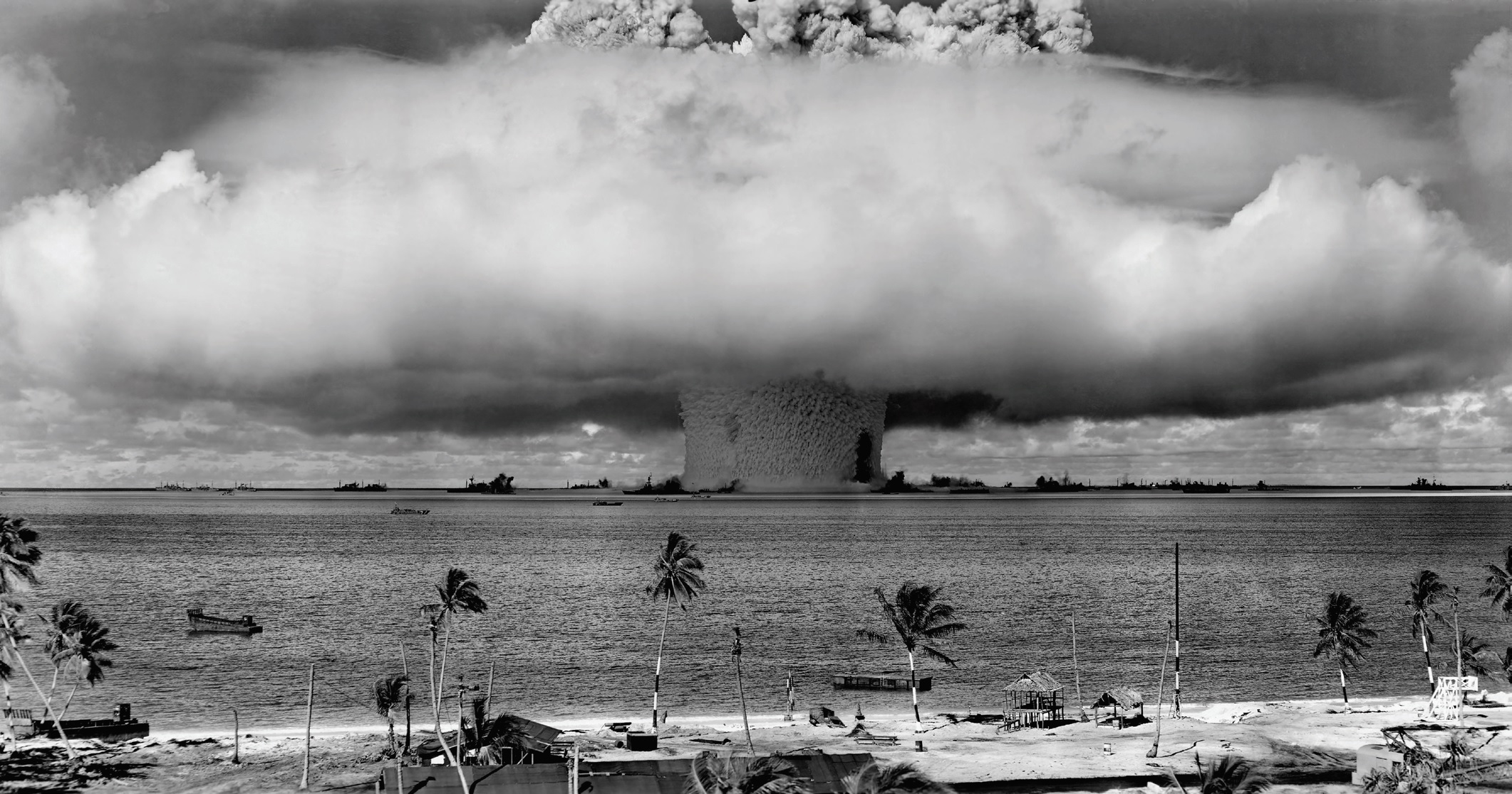 The year was 1946, when the US Navy decided to conduct a nuclear test, a first of its kind in many ways—It was the first test to be conducted in front of a large crowd, and the first nuclear detonation since Hiroshima. A year prior, on 16 August, 1945, Lewis Strauss, the future chairman of the Atomic Energy Commission, proposed the idea to asses the fragility of the Navy warships. However, the test needed to be conducted in a controlled environment. After extensive research, the US Navy zeroed down on Bikini Atoll, a group of 23 islands in the Pacific Ocean, as it was the most remote area. For this, they evacuated the 167 inhabitants of the island and rehabilitated them to Rongerik Atoll, with the promise of bringing them back, after the tests were concluded.

Operation Crossroads, as it was known later, chose 90 mothball target warships. The Navy also decided to board animals, in order to observe the genetic effects, which would be studied by the National Cancer Institute. To record this phenomenon, they installed remote-controlled cameras in eight B-17 bombers, and in tall towers that were erected on multiple islands. The two bombs, Able’s Gilda and Baker’s Helen of Bikini, were scheduled for detonation. On 1 July, Able’s Gilda was detonated first. However, it turned out to be a disappointment, as it missed its target by half a mile and exploded right above the Navy’s ship, thereby affecting the signal that triggers the cameras, thus delaying it by 10 seconds. A few days later, on 25 July, the second test, Baker’s Helen, blew the audience away. It was the first underwater nuclear test which created an explosion that produced a column of nearly two million tons of water. The blast contaminated everything that came in contact with it, and sank eight vessels, and seriously damaged a few others that were in close proximity. Even the animals on-board did not survive the radioactive exposure. By the end of both the tests, the cameras had recorded 50,000 still pictures and 1,500,000 feet of film.

Between 1946, until the end of 1958, 23 nuclear tests were conducted, which destroyed the rest of the property on the island. In 2009, after repeated court trials, the islanders received more than USD 2 billion in compensation, from the Nuclear Claims Tribunal. In 2012, there were additional 2000 petitions on grounds of ‘changed circumstances,’ which the government refused to pay.