The First Final of the Wimbledon Championship 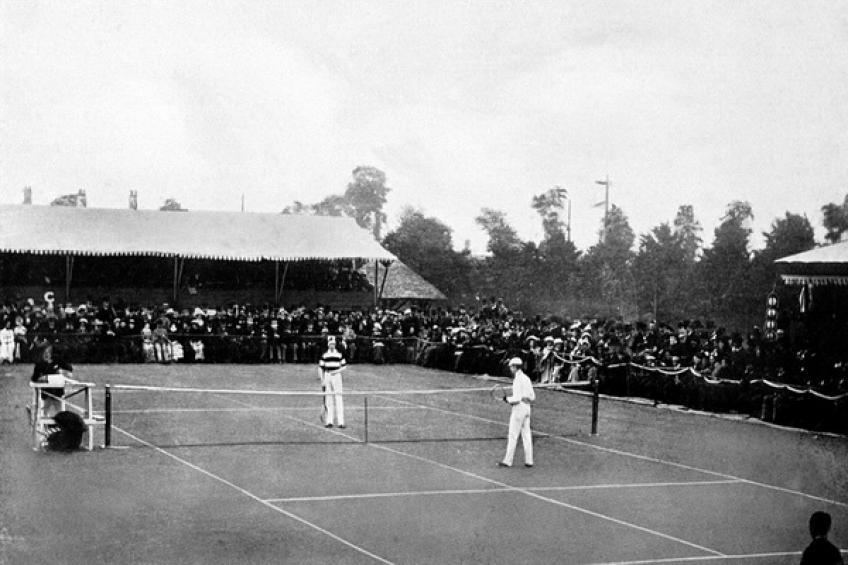 The Wimbledon Championship, the only grass-based major, and one of the most watched tournaments worldwide, was first organised to fund the reparation of a faulty pony roller needed to maintain the grass courts. However, tennis, originally, was not a sport for all. Played by using the palm, jeu de paume (game of the palm), as it was commonly known in the 12th century, it was exclusively practiced by elite men. However, in 1873, an Englishman adapted the indoor game to be played on grass courts, and named it ‘sphairistike.’ Owing to its subsequent popularity, the All England Croquet and Lawn Tennis Club installed tennis courts. The founders then made tennis a competitive sport to finance the club, and its first ever Championship commenced in 1877.

The first edition of the tournament included only one category—Gentlemen’s Singles, as women were not (yet) permitted to participate. Its announcement was published in The Field magazine, on 9 June, 1877. Each of the 22 contestants paid 1 guinea, a gold coin minted in Great Britain, as fees to enter the competition, while the 200 spectators paid a shilling, each, to witness history. At the time, Wimbledon fashion, as decided by its founders, constituted long-sleeved white t-shirts and trousers. The colour code is still followed today, though the style of clothes have undergone an evolution.

In the image above, Spencer William Gore and William Marshall played against one another, on 19 July 1877. Gore set history by winning the match in a 48 minute straight three setter (6-1 6-2 6-4), against Marshall, and was awarded a silver gilt cup, with his name inscribed on it. He also received prize money worth 12 pounds and 12 shillings, as opposed to the 34 million pounds, won at the 2018 Championship! As for the inclusion of females in the sport… It wasn’t until 1884 that Ladies’ Singles was introduced, where Maud Watson became the first female winner of the tournament, by defeating her sister, Lillian Watson.

This article originally appeared in the May 2019 issue of Better Photography.

Tags: The First Final of the Wimbledon Championship