The First Ever ‘Spacewalker’ 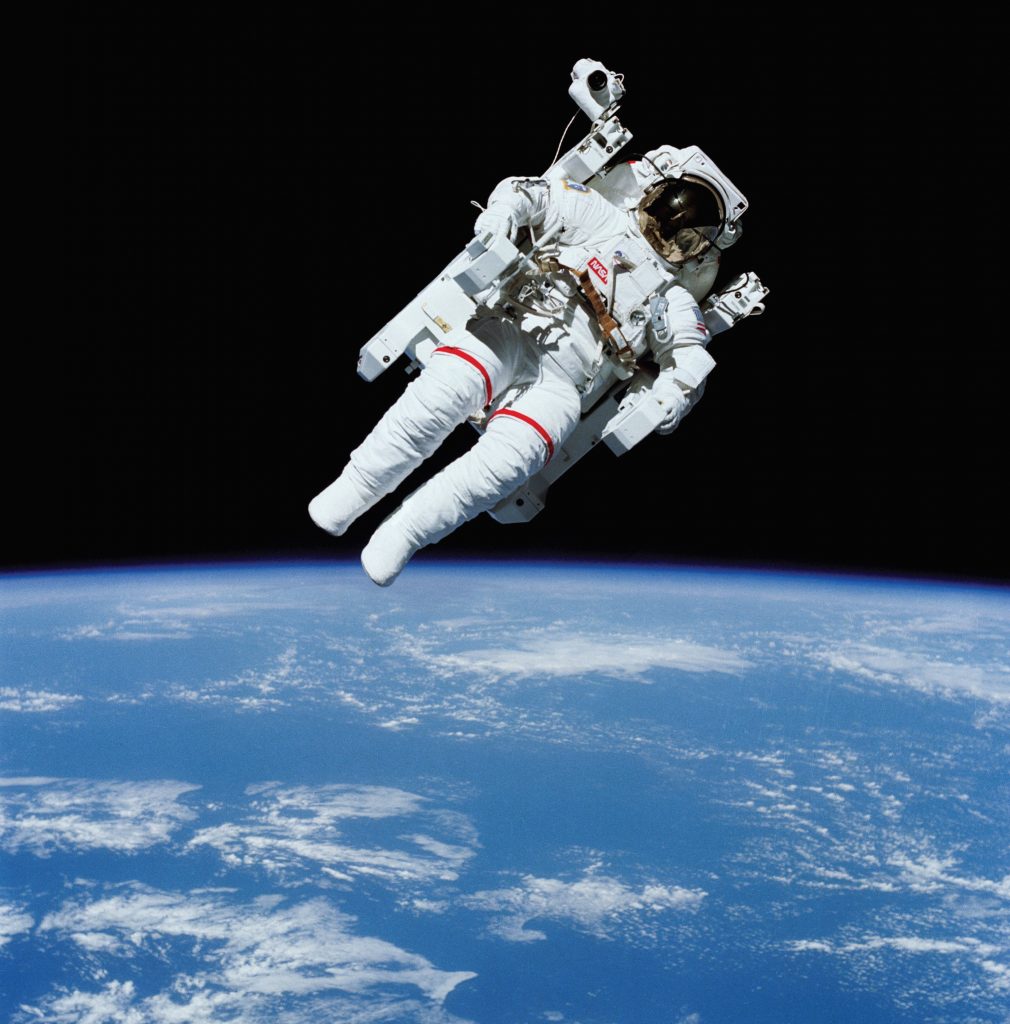 Bruce McCandless was on the receiving end of the transmission at NASA’s mission control, when Neil Armstrong uttered the following… “That’s one small step for a man, one giant leap for mankind.” 15 years later, on 7 February 1984, he would make another kind of history by becoming the first person to walk untethered in space. The work on the Manned Maneuvering Unity (the jetpack that would enable him to move freely in space) had already begun decades prior to his departure, in 1984. He was a part of the team responsible for the creation of the jetpack. When it was close to completion, Bruce was selected to test the 300 pound unit.

“On the day itself, I put on my underwear, complete with air ducts and flexible tubing filled with water to cool me down, and my pressure suit. The crew said, ‘You’re ready. Go, go, go!’ So I stepped into the airlock, closed the hatch, depressurised it, opened it, and away I went,” he said. As he drifted away from the shuttle, left completely at the mercy of the void, his colleagues back at NASA, including his wife, Bernice, were growing increasingly apprehensive. To loosen the tension, Bruce decided to put a humourous spin on Armstrong’s famous words… “It may have been a small step for Neil, but it’s a heck of a big leap for me.”

Bruce spent a total of 6 hours and 45 minutes outside the shuttle, at a distance of 320 feet from it. “I was traveling at more than 18,000 miles per hour, but wasn’t aware of it, because the shuttle was going at the same speed. It was only when I looked at the Earth that I could tell we were moving fairly rapidly. At one point, I noticed we were over the Florida peninsula. It was reassuring to see something I recognised.” However, the experience was not as ethereal as he had expected it to be. “I’d been told of the quiet vacuum you experience in space, but with three radio links saying, ‘How’s your oxygen holding out?’ ‘Stay away from the engines!’ ‘When’s my turn?’ it wasn’t as peaceful.”

The photograph of Bruce floating above the vast blue of the earth was shot by Robert Gibson, a member of the crew that accompanied him in the Challenger. “This photograph taken by Robert Gibson from the shuttle, is beautiful, partly because the sun in shining directly on me. That’s why I have my visor down (although if you look closely, you can make out a few of my features). It’s also one of its attractions: my anonymity means people can imagine themselves doing the same thing,” he had mentioned in an interview with The Guardian.

This article originally appeared in the April 2018 issue of Better Photography.