The First Ever Photograph of an Electrocution 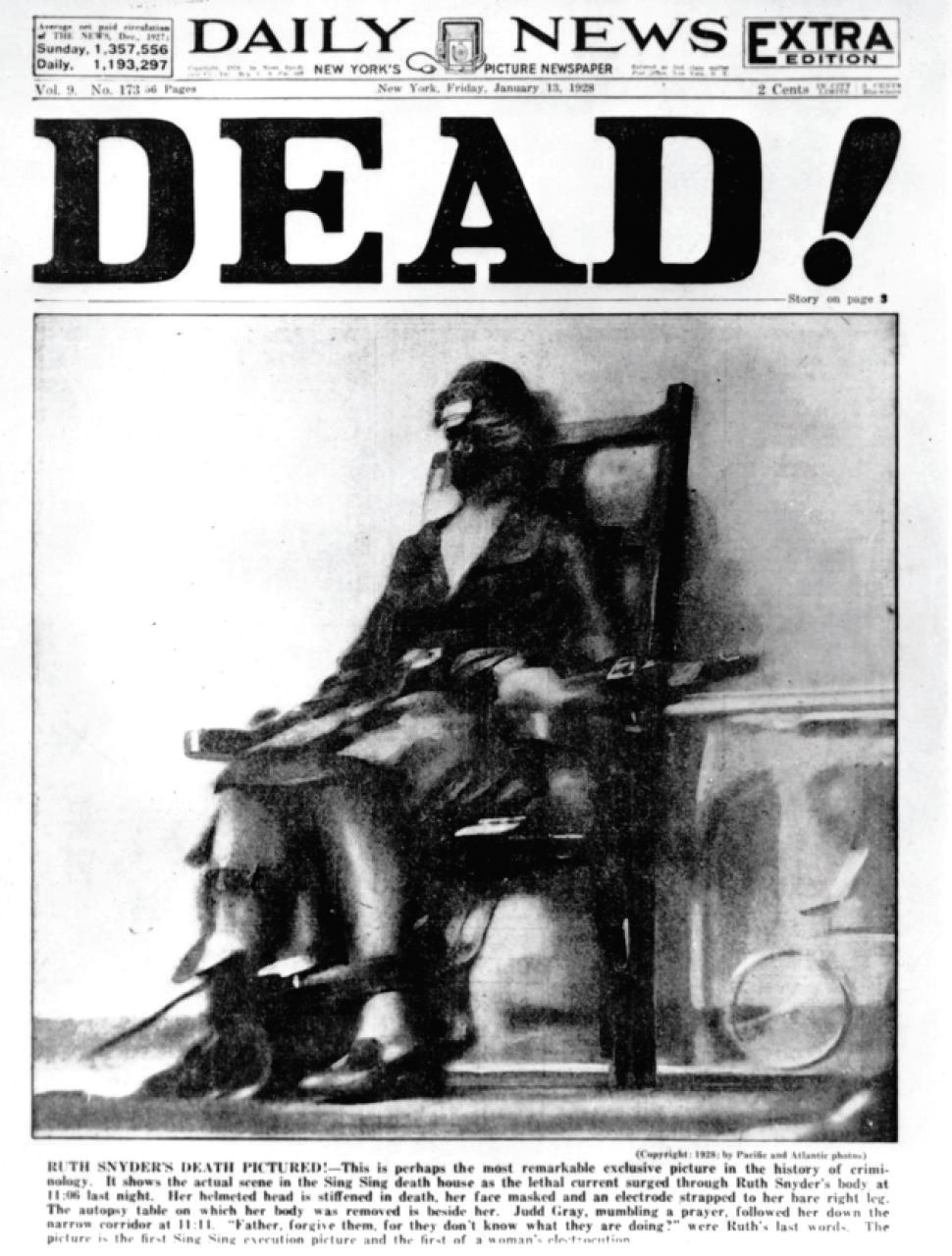 The year was 1928. A shocking photograph of an individual being electrocuted appeared on the front page of The New York Daily News, making it the first picture of its kind. The person on the chair was Ruth Snyder, who, along with her accomplice and lover, Judd Gray, was charged with murdering her husband. The person responsible for the rather sinister-looking image was Tom Howard (from the Chicago Tribune), who had entered the execution chamber with a camera strapped around his right ankle, along with a trigger release up his pant leg.

Even before the photograph was published, Ruth and Judd had captured the attention of the American public, and were frequently photographed. It seemed as if everyone wanted to know everything they possibly could about the infamous lovers, including information of their execution. Details of the latter was difficult to procure, as the prison officials at the Sing Sing Correctional Facility, where Ruth and Judd were kept, had a strict policy against photography. Moreover, they were familiar with most of the local journalists. So, The Daily News sought out Tom Howard, who at the time, was a fairly unknown photographer. On the day of the execution, Howard is said to have pointed his toe at the chair where Ruth was being electrocuted, and shot the hazy-looking image, as she took her last few breaths. The film was developed immediately, and the picture appeared on the front page of the newspaper, under the headline, ‘Dead.’ The photograph became notoriously famous, and even earned Howard a USD 100 bonus. Later, in 1963, The Daily News donated the camera to the Smithsonian.