The titular members of the British Royal family smile cheerfully as Priyanka stares into the abyss. Photograph/Supriya Joshi

Supriya Joshi photographs a memorable trip by making unconventional portraits of her sister, Priyanka, during their travels.

There are several people I know who hate being photographed… one of them is my sister. While she is a hilarious, animated person in real life, this fact just does not translate into photographs. Point a camera at her and she will freeze, her face turning into a blank stare. My parents gave up long ago, but I still persist. Even if it is a bad photo, it is still something that will serve as a memorabilia for years to come.

My Perspective
During a recent family trip to North India, I decided I would make pictures of my family, irrespective of how they react. While my parents were more than willing, Priyanka became a portraitist’s nightmare, as usual. When I asked her to pose, she froze. When I asked her to smile, she gave me her patented deadpan expression. On several occasions, she refused to have her picture made as well.

But I continued and we made a deal— if she allows me to photograph her, I will not ask her to smile. She agreed, and that was the beginning of The Deadpan Diaries. The Process
The best thing about India is the amount of kitschy, sometimes ridiculous art and unusual locations that abound in the country. A sullen, blank-looking Priyanka juxtaposed with colourful backgrounds seemed like a great idea to me.

Whenever I would spot an interesting backdrop, I would ask Priyanka to stand in front of it and ‘pose’. I had no idea about what we would find in every location we went to, so every photo I made during the trip was incidental.

The best part about this project, however, was that I used a cellphone to make the images. The carefree, nonchalant nature of cellphone photography lent itself well to the theme of my project.

It has been a few months since our trip, and I look back at the images I made during the project with much fondness. If there is one thing I learned from photographing my camera-shy sister, it is that you must keep making pictures of the people you love. The memories will last you a lifetime.

My Equipment
For this series I used the Instagram app on my Xolo Q800 cellphone to shoot. I used the same app to add a filter and for subsequent uploads. Here’s Priyanka, being a chamelon and blending in with her surroundings. Photograph/Supriya Joshi

Things to Keep in Mind When Photographing Your Family 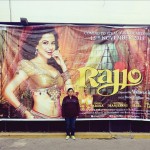 This image is Priyanka’s review of the movie. I couldn’t have said it better myself. Photograph/Supriya Joshi 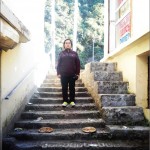 Before making this picture, Priyanka objected, but I reminded her about our deal. Thankfully, I got my shot. Photograph/Supriya Joshi 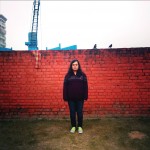 This is the last image of the series I made during our trip. Priyanka’s expression sort of made sense then. Photograph/Supriya Joshi 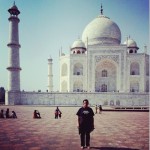 This image is a symbol of one’s eternal love. The Taj Mahal in the background doesn’t look so bad either. Photograph/Supriya Joshi 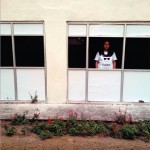 Heisenberg on Priyanka’s t-shirt looked just as deadpan as she did. Photograph/Supriya Joshi