The 176-Year-Old History of Food 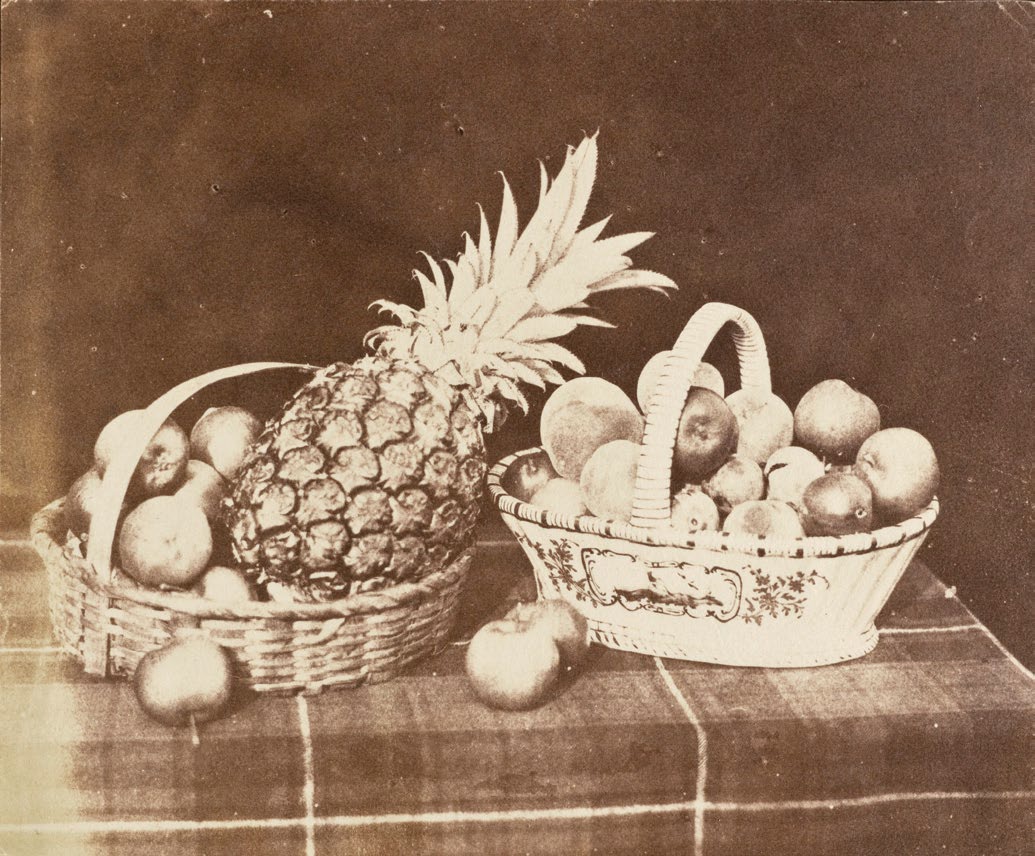 Did you know that food photography is as old as the history of the medium? Six years after the invention of the daguerreotype process, William Henry Fox Talbot, inventor of the salted paper and calotype process, made the first picture of food—A Fruit Piece—in 1845. The image depicts two baskets laden with fruits— pineapple and peaches—laid out on a tartan table cloth. “The photographer’s alignment of the white stripe of the tartan’s pattern along the right edge of the table separates the dark areas of the cloth from the dark recesses of the background and gives the photograph depth. This attention to aesthetic qualities indicates that Talbot’s intentions were as much artistic as they were scientific,” an excerpt from a description by the National Gallery of Canada. The choice of fruit was no accident but rather symbolic—the pineapple, a symbol of wealth and peaches as that of fertility. “Talbot’s photograph was copying the traditions of painting and its attendant symbolism. But it was also concerned with the role of photography, and elevating its status to that of art,” says Susan Bright, photography curator and writer.

This article originally appeared in the March 2021 issue of Better Photography.