37 days after taking this photo, Karsten was adopted by his foster family on August 13, 2013. Photograph/Shannon Johnstone

Shannon Johnstone tell stories of the lives of impounded dogs. She takes their portraits in the landscape of a local landfill to help get them adopted.

Before I started Landfill Dogs, I worked on another project called Breeding Ignorance which explored the euthanasia of the cats and dogs in county shelters. I am in awe of the compassion, strength, and dedication of shelter workers who do this on a daily or weekly basis. They are responsible for dealing with animal overpopulation and they are committed to humanely putting animals to sleep. But, ‘Breeding Ignorance’ did not have the effect I desired. In fact, several times the photographs were taken out of context and were used to accuse shelters of abuse.

My Perspective
I realised I needed a new visual approach. I wanted to work with the same idea of sheltered animals, but I realised I needed to approach it from a different angle. So I decided to photograph shelter dogs happy and enjoying life. Not only does this make the image more appealing, but it also gives the viewer a chance to change the course of this dog’s life before it is too late.

I decided to use Facebook to spread the word. There are so many animal advocates on there, who are quite vocal, and very eager to share posts related to animals in need. I really like the interactive aspect of this project. It gets people involved in a positive and gets them asking questions.

I used the landfill site as the location to What to Remember When Photographing Sheltered Dogs shoot for two reasons. First, this is where the dogs will end up if they do not find a home. Their bodies will be buried deep in the landfill among our trash.

These photographs offer the last opportunity for the dogs to find homes. The second reason for the landfill location is offers a metaphor of hope. It is a place of trash that has been transformed into a place of beauty. Tickles was impounded on June 5, 2013, and she is still looking for her forever home. Photograph/Shannon Johnstone

The Process
When I first started, I realised after five photo shoots that I need a helper! The shelter staff and volunteers have been absolutely amazing in being involved with the project. They hold the leash, throw the ball, give the treats—allowing me to photograph while the dog is engaged and bonding.

Sometimes—if my husband is the one helping me—I sit in the backseat with the dog, and we get to know each other. It always helps to do this because then the dog is not intimidated by the camera.

I am usually lying down on the ground or squatting. I like to be at eye level with the dog. I tend to take lots of photos and edit them later. It is not unusual for me to take 500+ photos, and only get a few usable images. Some of the best photo shoots are the ones where the dogs just want to sit on the hill and watch the city below.

I chose to focus on the dogs who had been in the shelter the longest, who were the most overlooked, and also the most at risk for euthanasia. It is unsettling that I never know what the outcome will be for the dogs. However, the thing I comfort myself with, if nothing else, at least they had a good long walk with some treats, an afternoon of play and love and a few new sights and sounds.

My Equipment
I photograph with a Canon EOS 5D Mark II. I enhance the photos in Photoshop and digitally remove the collar and leash so that there is no form of restraint.

This article originally appeared in the April 2014 issue of Better Photography. lNala was impounded on November 15, 2012. She was adopted 33 days after taking this photo. Photograph/Shannon Johnstone

What to Remember When Photographing Sheltered Dogs

To view the rest of the photographs from this series, you can visit www.landfilldogs.info 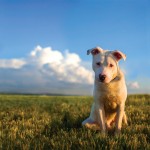 Pigpen was impounded on March 23, 2013. He was euthanised on June 5, 2013 for kennel rage. Photograph/Shannon Johnstone 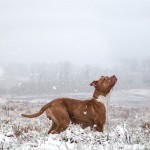 Rose was impounded on December 28, 2012 and spent 54 days in shelter. She found her adoptive family four days after taking this photo. Photograph/Shannon Johnstone 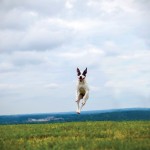 Tickles can jump really high but has never tried jumping a fence. She is currently in foster care. Photograph/Shannon Johnstone 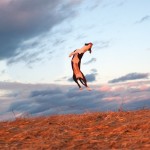 Mistletoe was impounded on November 14, 2012. She was taken home just a day after taking this photo. Photograph/Shannon Johnstone 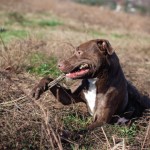 Roofus and loves people and tennis balls. He is in foster care and is still looking for his forever home. Photograph/Shannon Johnstone