This is a personal reflection of my thoughts on religion and the role it plays in today’s society. It is one of those photos where I would like to leave the viewer to gather his own meaning. Photograph/Alex Stoddard

Alex Stoddard documents his life through 365 conceptual self portraits shot daily between school and homework.

This article was originally published in May 2011.

Following the discovery that cameras have uses other than producing profile pictures for social networking websites, I quickly took up the idea of attempting conceptual self portraits. I decided that not only would I toss myself into disturbing and metaphorical situations in front of the lens, but I would do it each and every day for one year. The decision came as a whim and I implemented it almost 250 days ago.

Still immersed in my personal 365-day project, I aim to produce thought-provoking, whimsical images to illustrate each day’s swirl of emotion. Whether it is a blank stare to depict apathy for the world around me or a scowl of contempt, I capture it all.

My Perspective
My eye is always at work, moving from object to person to cloud to tree to ground, back to the object once again. I seize every sensation around me, as it provides creative inspiration for me.

I like surrealism and also the way in which humans share a direct connection with the world around them. Nowadays, several people seek to bury the relationship that humans once held with the environment. Others pretend that we were not once primal beings prowling the earth and instead turn toward innovation and improvement.

I like to revert to the simplicity of the time when humans and nature were one.

The Process
I shot the majority of the project by myself, on location and in natural spaces. This included the forest behind my home and the privately-owned field whose owners have chased me off with a shotgun. Making self-portraits is just as much about creating art as it is a time to introspect, especially when I am alone with the camera.

That is not to say that I do not enjoy the help of my friends and family when they choose to be involved. Often, they provide an aiding hand in building a set or contributing a certain effect—a recent example was when they dumped a bucket of icy water over my head in the middle of winter, as the picture demanded it!

My Equipment: I use a Nikon D3000 and a Nikkor 50mm f/1.8 lens. They were the only equipment I could afford as a beginner. I recommend a similar camera-lens combination to any newcomer—whether the person seeks interesting fashion shots or just around the- house pictures.

Start Your Own 365-day Project 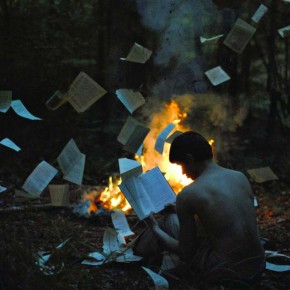 My mother, brother, and I worked as a team to create this image, building a campfire and tossing torn pages about like a tornado. The smell of fire stayed in our clothing for a month. Photograph/Alex Stoddard 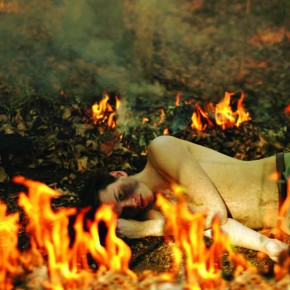 Fire is one of my favourite elements. It presents a sort of danger and intrigue. Due to the number of fire shots I have made, my camera now permanently smells like smoke! Photograph/Alex Stoddard 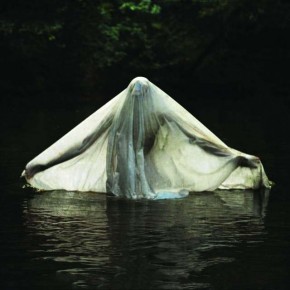 I will admit that this photograph is one of my more horrific images. Halfway through, I remember glancing to the river bank to witness a wild armadillo rooting through my camera bag. Photograph/Alex Stoddard 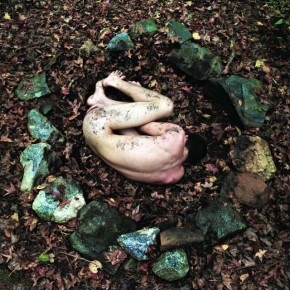 I was a little cautious about showing this to the public, as it exposes so much of my body, but I like it for that. Life is about taking risks and creating art and sometimes sacrificing parts of yourself for better parts of yourself to shine through. Photograph/Alex Stoddard 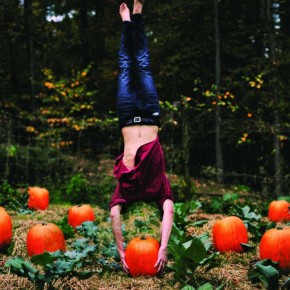 This picture required a lot of manipulation. I had only one pumpkin to work with. Sometimes I worry that my family might think I am crazy when they see me doing handstands on pumpkins in the garden. Photograph/Alex Stoddard 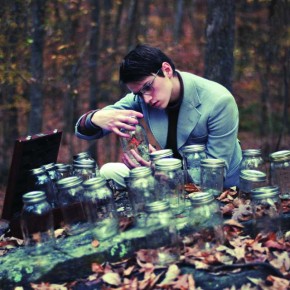 I shot this by sneaking my dad’s jars out of the house. I took them to the woods to portray a butterfly collector and his specimens. It turns out my dad saw the photo online that night. Regardless of my secrecy, I was grounded! Photograph/Alex Stoddard