The face-like formations in this image strongly reminded me of Pokémon, a game I used to greatly enjoy as a kid.. Photograph/Aditya Nair

Join Aditya Nair as he enters the mystical world of trees, to explore the intriguing shapes created by them.

Sometimes, it is difficult to understand how a particular assignment begins. I was waiting for a friend, when I decided to shoot some trees around my house. What possessed me to go and digitally manipulate these pictures is something that I will not be able to tell you. What I can tell you is that working on a series like this is a lot of fun. With the initial idea in place, I spent the next couple of days shooting every tree or flower in sight and then sat down to create the final images in Photoshop.

My Perspective
Mirrors and reflections create a symmetry that not only looks artistic, but can also create some interesting shapes in the world around us. Now, what if we were to create reflections when they actually do not exist? I realised that mirroring photographs in Photoshop helps create shapes that are rather surreal!

I began to notice various faces, creatures and winged beasts that were created out of the symmetry. Like the famous psychological test of the Rorschach ink blot, each image has a number of interpretations that are hidden within its symmetry. Each person who would see the image would look at it in a different way, depending on their own individual experiences. After a while, I tried to understand the kind of figures that would be created by symmetry, even before I would shoot the image. I started spending a long time staring at trees, wondering what kind of a photograph it would make.

The Process
Depending on the manner in which I cropped, mirrored and combined images, I managed to create several different frames from the same shot! Sometimes, I could get ten different images out of one picture and at other times, get nothing from the next hundred. In the process, I literally shot over 1000 images of trees. The manner in which the branches and twigs intertwine with their mirror image was incredibly graphical.

Tree branches are a good place to start. They create arcs and archways that naturally attract a viewer’s attention. I tried to avoid having leaves in the foreground as they can be a bit distracting, yet make great backgrounds. Flowers are another subject that I tried to explore, and managed to get some colourful images.

I prefer to shoot using the RAW format, as it gives me more information to play around with, during post-processing. While manipulating the photographs, I use the Transform tool along with the Flip Horizontal and Flip Vertical functions to create an illusion of symmetry. I also use Layer Blending modes like Soft Light, Lighten, Difference and Exclusion to fine tune the look of the final image.

The best thing about an assignment like this is the idea itself. Mirroring photographs and creating illusions can be done with a number of subjects. You can try the same effect with buildings, staircases… even portraits! The possibilities are endless, and limited only by our imagination.

My Equipment:
The choice of camera is not very important. I used a Canon EOS 500D along with a Canon EF 50mm f/1.8 lens. The images were then finally manipulated in Adobe Photoshop. 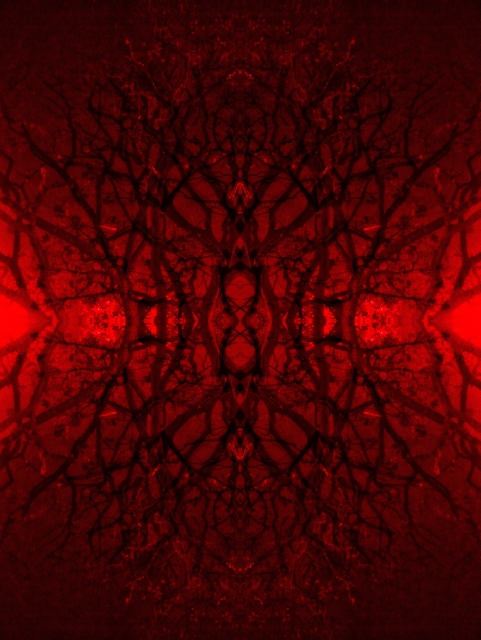 This photograph was created by combining the same image eight times. It is my pictorial representation of the human nervous system.. Photograph/Aditya Nair 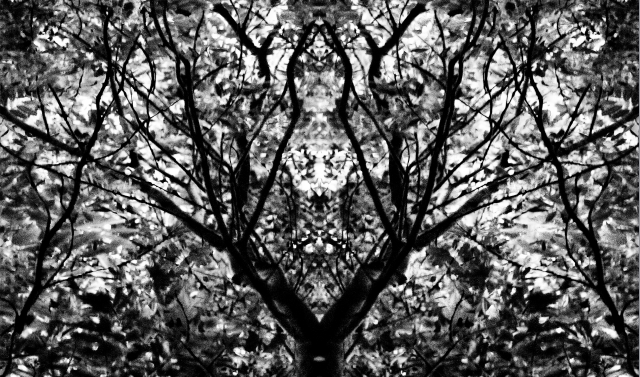 High contrast B&W conversion can work in situations when the light levels are really low, as it makes the grain looks rather aesthetic.. Photograph/Aditya Nair 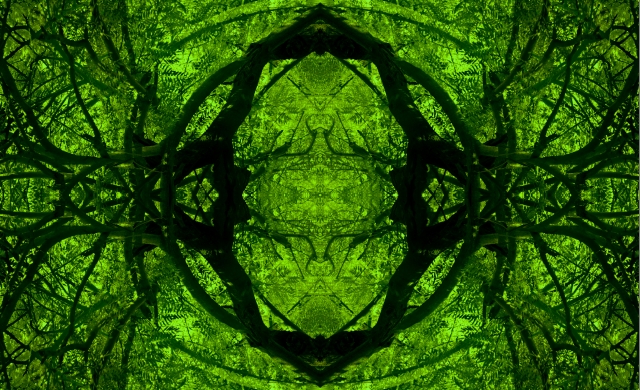 This was my attempt to interpret the Eye of Sauron from the book and movie Lord of the Rings. The saturation of green tones was increased in Photoshop.. Photograph/Aditya Nair 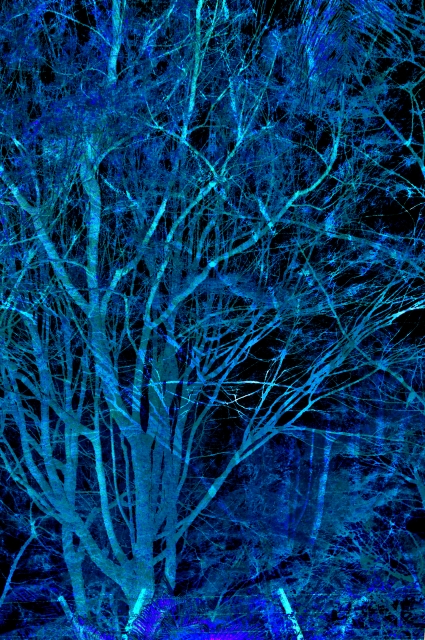 The use of the Difference Layer Blending mode lent a graphic nature to this image.. Photograph/Aditya Nair