The chimney, the men, the smoke and the dirt falling off the shovel, convey a working environment close to a factory. Photograph/Debasis Majumder

True to the term, the supporting cast or supporting elements boost, enhance and give invaluable information about the lead character in a photograph. Ambarin Afsar elaborates on the same.

The mother preens over the hero, the sister looks on lovingly and the vamp screeches, plots and schemes. But, the hero triumphs all and justice prevails in the end! Think of all the films you have seen and you will notice that the hero would have been purposeless without the supporting characters. They add meaning to his role, support him and prompt him to act. Similarly, a photograph would be incomplete without secondary elements. These could be anything—backgrounds, other people in the frame, structures or even elements like water and light. You can use these elements to convey more information about the lead character, create a sense of depth and even create mood! Here is how you can make your photographs more meaningful by paying attention to secondary elements.

Emphasising and Supporting Roles
Suppose your main subject is a lotus in a pond. Now, if you shoot only a tight close-up of the lotus, you will not be able to convey the fact that the lotus is in a pond. If you step back and observe for a while, you might see reflections from a brilliant sky or even a stormy sky. Here, you can use the reflection to convey the mood as well as the environment in which the photograph was made. Also, you can frame this lotus as seen from a gap between other lotuses crowding around it. In this way, you can create a crowded feeling as well as convey the habitat of the lotuses.

Similarly, if your main subject is a group of children playing in the local park, you can convey more information about their playfulness by capturing their interaction with each other. Moments in which the children are laughing, running or even fighting can help establish the friendship between them. A wide shot of the playground as well as the children would emphasise the fact that this is their place of play and here is where all the mischief is managed.

Roles that Bind Tightly
Every film has a character that holds everyone else together. We know such people in real life as well. Similarly, in a photograph, there are elements that bind the main subject tightly. They seem most prominent in images where one particular element occupies the overall frame.

For example, a shell lying abandoned on a beach is held together by sand. A photograph of this shell without the expanse of sand would look rather empty. Similarly, a boat floating in a river seems encased by the blue-green water. A person walking on an empty road seems tightly enclosed by the concrete of the road; while a leaf lying in a puddle seems enmeshed by the puddle.

Hypnotic Roles That Create Depth
There are certain elements that bring about a sense of depth in two-dimensional images. Weather phenomena, for instance, add a sense of atmosphere. Mist, rain, fog, haze and snowstorms gradually obscure the background. Rain can paint streaks down a landscape when shot using a slow shutterspeed of 1/30sec or slower. This makes the rain form a film or a sheet of water between the viewer and the main subject. A few cliffs rising up from the milky white mist that surrounds them, can make it seem as if they are airborne. Mountains turn lighter shades of blue when they are surrounded by mist. Tips of rocks visible from the calm surface of a pond make the rocks seem like they are floating in the water.

Colourful Roles That Dominate
If your background consists of one solid colour and your main subject has a pale tone in comparison, then more attention will be drawn to the background. However, it will also create a strong contrast and will make the image seem more dramatic. For instance, the first appearance of the moon in a bright violet evening sky will make the moon seem frail and fragile.

You have many roles in your life—you may be a friend to someone, a sibling, a parent, an offspring as well as a cousin. Similarly, backgrounds, leading lines, curves, natural elements, repeating frames and other such ingredients can essay many roles in an image. They can convey additional information, their colours can draw attention, they can act as frames within frames and so on. They can also support, emphasise and bind the lead character. Your understanding of the multiple roles that these elements play and the manner in which you choose to employ their roles, will ultimately decide the success of your images.

The chimney, the men, the smoke and the dirt falling off the shovel, convey a working environment close to a factory. Photograph/Debasis Majumder 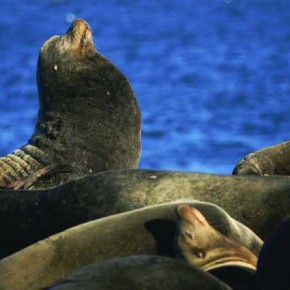 Sleepy sea lions surrounding the one which is arching its back, lazily, coupled with the blue backdrop of the water, effectively convey a lazy day at their habitat. Photograph/Ayon 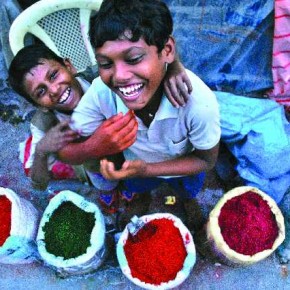 A few bags of colour arranged in a semicircle around the two boys convey the fact that it is the festival of Holi or playing with colour. Photograph/Sandip Das 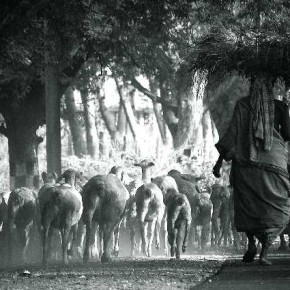 The sheep herded by a couple of women who are carrying bunches of feed on their heads communicate the probability that the group is returning after a few hours of grazing. Photograph/Suresh Babu 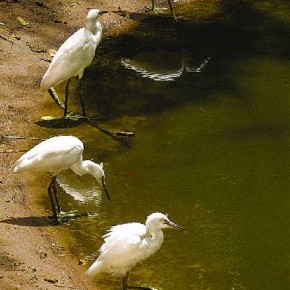 An array of birds forming a semi-circle around the pond conveys the probability that it might be feeding time. Photograph/Subrata Kar 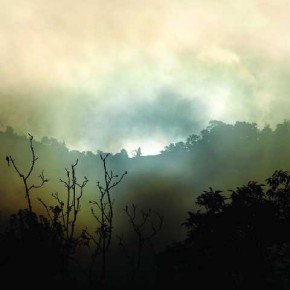 Mist and fog obscure the foliage in the background, turning it into a softer shade, gradually fading it into nothingness. Photograph/Ajay Jain 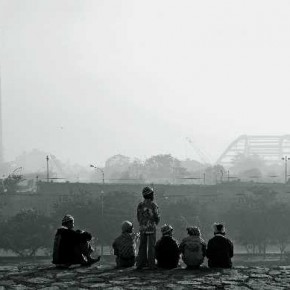 The warm clothes of the boys and the hazy atmosphere in the background tell the viewer that it was probably the season of winter when this group of kids decided to share a few moments of peace. Photograph/Mayank Khurana