Ask your subjects to get as close to each other as possible to convey a feeling of closeness. Photograph/Neha Mithbawkar

Searching for the perfect group portrait? One that will remain with you for generations to come? Aditya Nair helps you pose that very moment.

Think of a portrait of the entire family, or of you with a loved one—it is rightly said that photographs are the best way to relive our memories. Sadly though, family portraits in today’s day and age rarely go beyond the mundane. Instead of capturing a casual snapshot, you may want to bring in some formality.
With a studio, you have far more control over variables such as lighting, backdrops, props and posing. Once you understand the importance of such careful planning, you can execute similar portraits even at home.

Previsualise the Photograph
Print a reference shot, so that you and your group can understand the pose better. Act it Out Try enacting the pose. Once your friends get a rough idea of the required posture, you can make minor adjustments based on the overall composition.

A Natural Pose
Never ask someone to pose in a particular way if they are not comfortable about it. Observe the way a person naturally sits, places their hands or crosses their legs, and modify the pose accordingly.

Help Them Relax
If there are children who are posing, you can ask the sister to playfully hit her brother to lighten the atmosphere. Sincere praise also helps break the ice. Also, instead of standing at the same spot, walk around, while using a remote trigger to fire the shutter. Once you are done posing and composing the frame, wait for the moment your subject smiles naturally. Photograph/ Neha Mithbawkar

Start with One Person
When you begin structuring your group, start by posing just one of your subjects. Then, bring other people into the frame and pose them with respect to the first person.

Have a Strong Base
Imagine trying to balance an inverted pyramid on its corner. It is bound to fall over. Thus, while shooting a group of more than 3 people, keep the base level heavy with more people seated in the bottom row.

Use Lines to Direct the Viewer’s Gaze
A line created by the base of the sofa on which your group sits, is a real line. Imaginary or implied lines are formed by the position of people’s hands, the tilt of their neck and even their gaze. Capturing three generations of a family gives you an insight to the facial features that Get your friends define them. Photograph/Joshua Navalkar

Lines Also Help Create Shapes
The formation of shapes like pyramids, circles and diamonds through the position of your subjects can look pleasing. In addition to this, let them stand in such a way that an ‘S’ curve is formed within the frame.

Capture A Variety of Expressions
Each person has his own personality—one guy may be the joker in the pack while another may be the quiet, observant friend. Capture different expressions to convey their personalities.

Portray Relationships
With couples, ask them to tilt their head towards each other for a better emotional impact. Alternatively, you can ask them to look at each other, put their arms around each other or even recreate the poster of their favourite movie. If you are stuck for ideas, you can simply ask the group to jump. It may take several attempts to get the perfect jump formation. Photograph/Neha Mithbawkar

With Large Groups
Combine standing, sitting and kneeling poses to get variation. You may need to use props like chairs and sofas to help pose a large group.

Distance Between People
If one person stands away from the rest, he will look excluded. A tightly arranged group portrays warmth and belonging.

On the Same Level
This rule can be broken as well. With a photo of a couple about to get married, ask them to stand at a different position and pose their friends slightly away, so that the limelight stays on the main subjects.

Do Not Forget the Candids
Formal portraiture has its own charm, but in the time span of the photo session, you may see spontaneous laughter, a quizzical look or a private joke being shared by the group. These unplanned ‘accidents’ can make the most memorable of photographs. Candid or posed, a large group or just a couple, the art of group portraiture has a lot of aspects to it.

Most importantly, it is a time when families and friends come together, in an effort to create fond memories for the future. Plan things carefully, give it some thought, but most importantly, do not forget to have fun. While a focal length above 50mm is useful to avoid distortion, the exaggerated effect of a wide angle lens can create some quirky portraits. Photograph/Neha Mithbawkar

The Wrong Kind of Depth
It shouldn’t be that half your group is sharp, while the rest are out of focus. You would rather use f/8 than f/2.8, to get every member in the frame perfectly sharp.

Distracting Backgrounds
Pay attention to the background, so that there are no distracting elements. With large groups, ensure that the backdrop covers every subject properly.

Closed Eyes
If you have subjects who blink involuntarily, you may end up with photos where their eyes are shut. Ask them to look down, count to three and then look up. Lack of Colour Coordination Get everyone to wear clothes of one colour as too much variation can look jarring.

Making People Look Short
Always shoot from the centre of someone’s standing position so that the subjects do not look too elongated or too short.

Time Mismanagement
Planning is crucial. Keep the setup ready at least half an hour before everyone arrives, especially if you are shooting several groups. Try out some quirky poses, once you are done with the conventional, and formal images. Photograph/Hemant Patel

The Digital Advantage
For studio photography, try shooting tethered. The camera will transfer every frame to the computer and you will be able to review images on a large screen instantly. You will also be able to show the group exactly what is going wrong with the photograph. If this is not an option, you can simply show them the pictures on the camera’s LCD display. 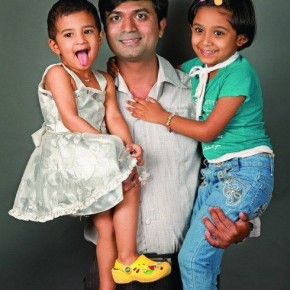 Sticking your tongue out can elicit a similar response from a child. Photograph/ Joshua Navalkar 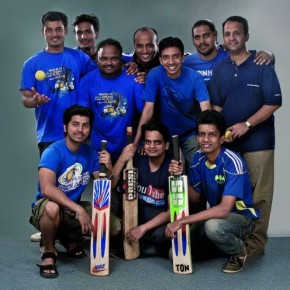 Get your friends define them. together after winning a match. Their jubilance will come through in the photograph. Photograph/ Neha Mithbawkar 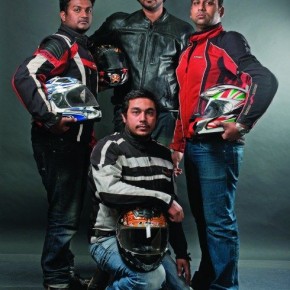 The position of the heads and helmets create interlocking diamonds that are aesthetically pleasing. Photograph/Neha Mithbawkar 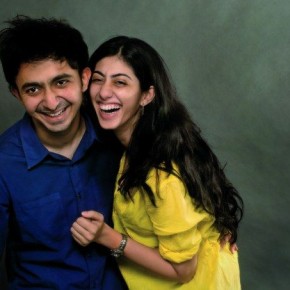 Expressions like these are nearly impossible to fake. Be on the lookout for such moments between photographs. Photograph/ Neha Mithbawkar