Dr Mayur Davda attempts to capture splashes that are unusual with the help of unconventional and surreal concepts and backgrounds. 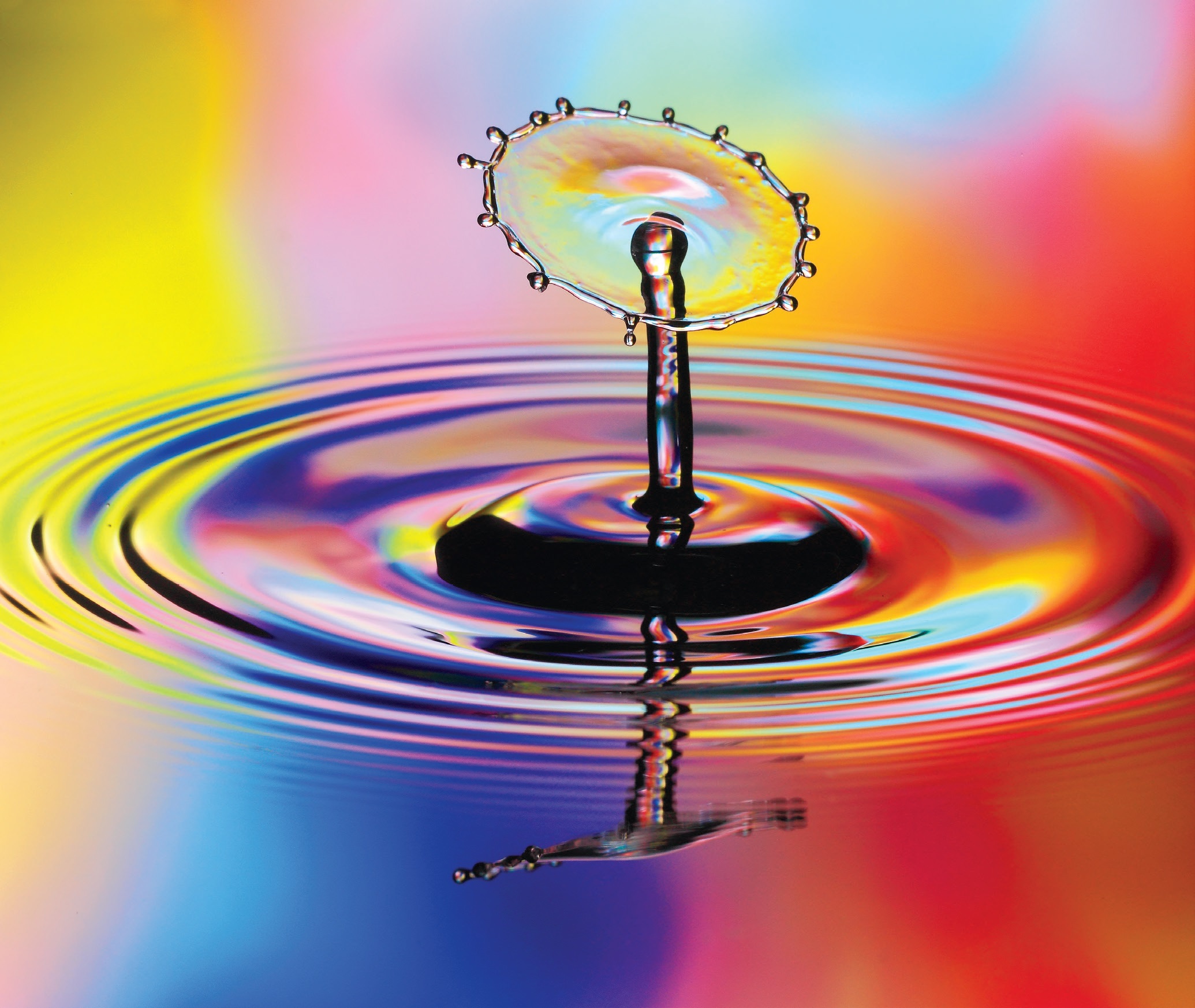 Bura Na Mano, Holi Hai!: This image is dedicated to Holi, the festival of colours celebrated in India. The festival is about the victory of good over evil, and so, the crown signifies the triumph of good. Exif Details: 1/2sec at f/13 (ISO 100)

Images of water droplets fascinated me, especially when I learnt that the artists had made them using entry-level DSLRs. I decided I wanted to try this technique as well, but for about a year, I couldn’t get it right. I used eye droppers, burettes, and all kinds of lighting systems. I realised that I needed to switch from borrowed studio lights to using flash. Soon, I was able to freeze stunning formations.

Simply freezing splashes can get very monotonous, so I wanted these images to have definitive concepts and ideas. I wanted the splashes to convey a strong story, and so I experimented with various elements and backgrounds, turning them into props. 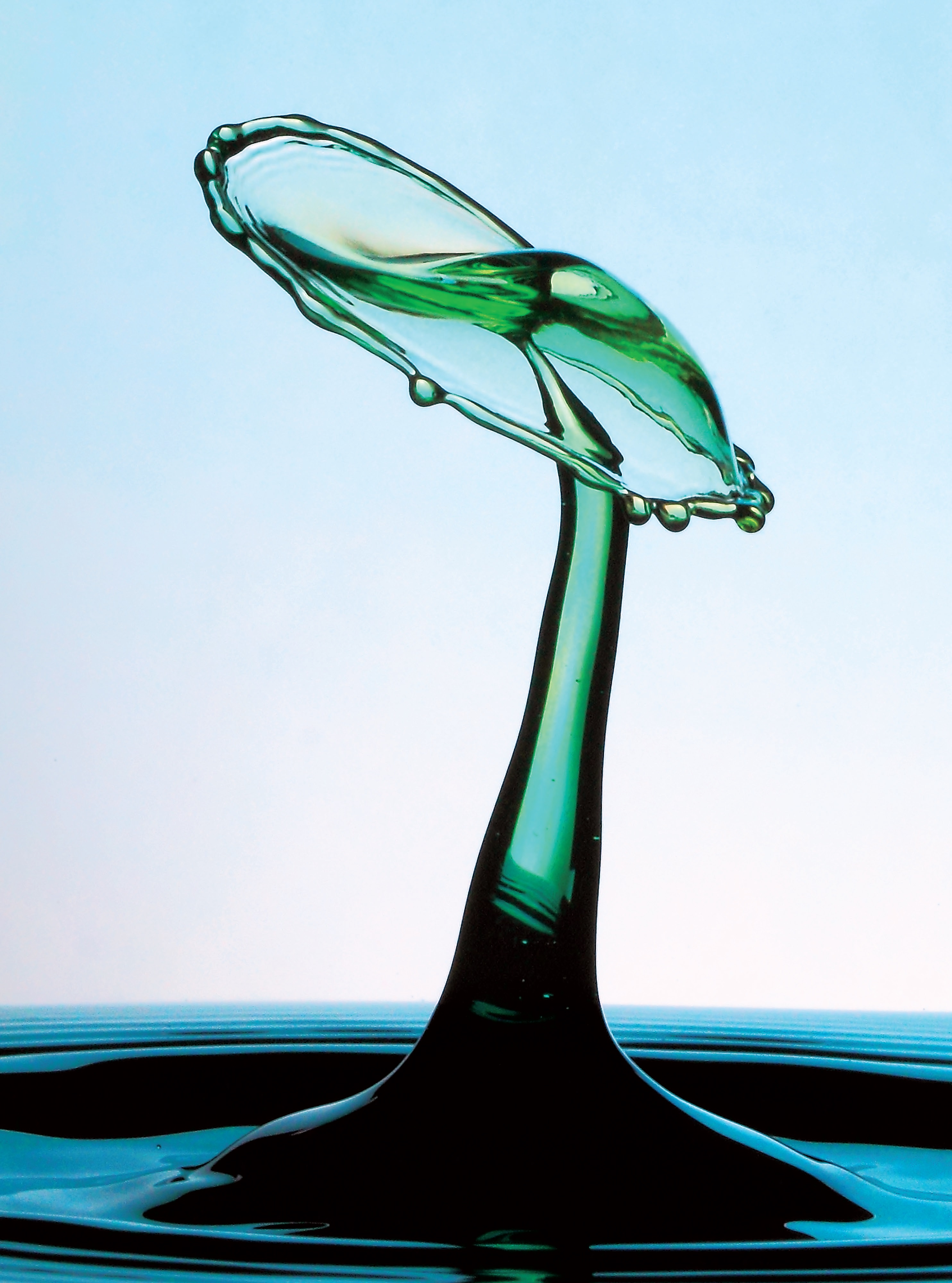 Untitled: This is a chance formation. The stem of the droplet appears curved, which is very atypical. Collisions that are produced from multiple drops of water (in this case, three drops) result in varying and unpredictable splashes. Exif Details: 1/2sec at f/22 (ISO 100)

Once I think of a concept, I start visualising it, and look for reference backgrounds online. After sourcing these backgrounds, I print them on an A4 paper and include them in my setup. Sometimes, I also use unusual elements like smoke or aluminium foil as backgrounds. I use a tripod and work in a dark room to avoid ambient light completely. Before I switch off the lights, I ensure that the camera has focused on the area where the droplets will strike the surface.

My subjects usually include plain water or milk to which colour has been added. Like any other form of photography, I have to work on the composition, and also the subject. I have to be careful about the consistency of the liquid and the height from which it is dropped, so that I can get a striking formation. 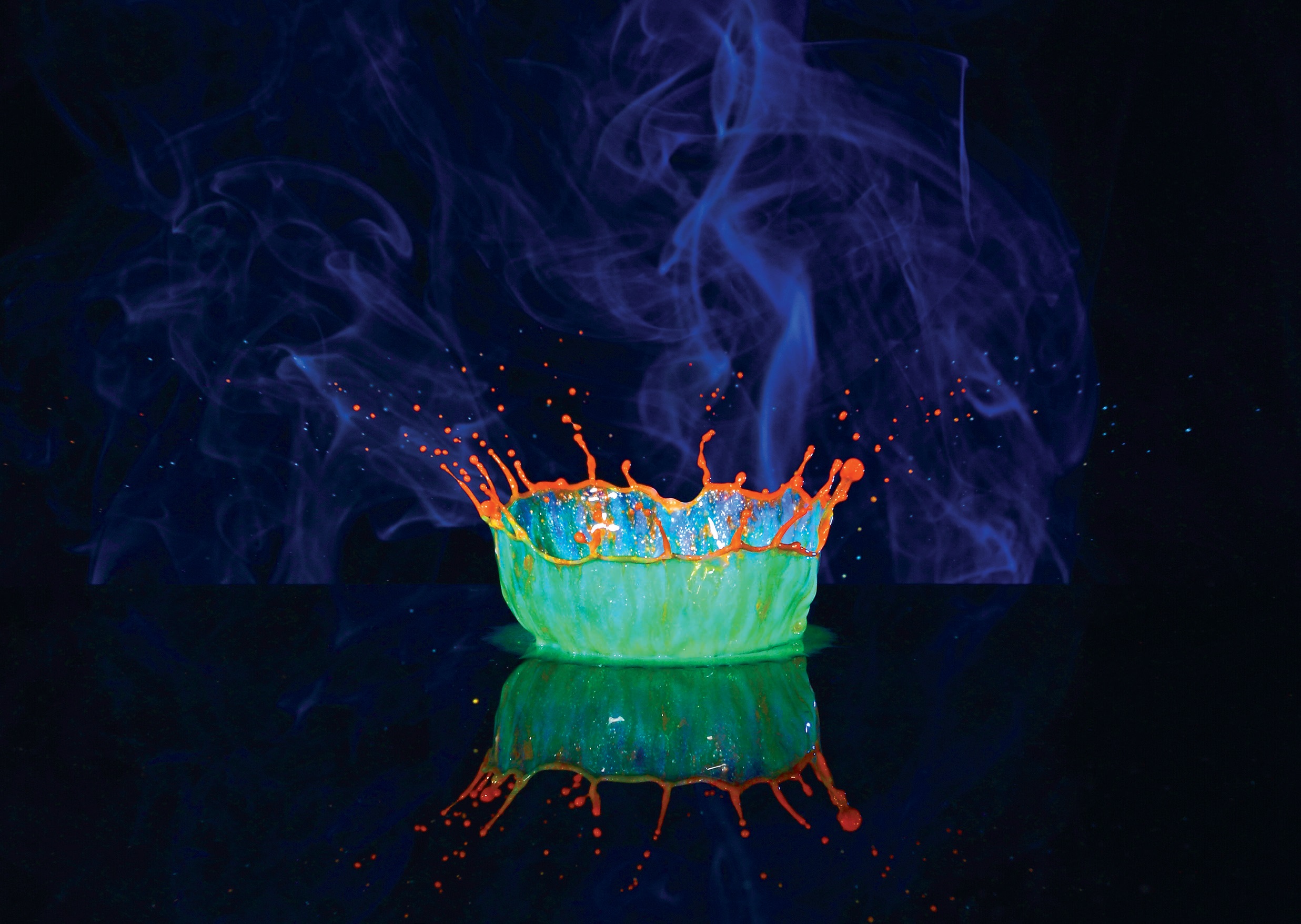 The Spirit of India: The image is the result of one drop of plain milk colliding with three differently coloured drops of acrylic paint (green, white and orange), on a sheet of black flexiglass. Exif Details: 1/2sec at f/16 (ISO 100)

I modify my compositions by increasing or decreasing the number of drops and sometimes even tinkering with the liquid kept in the container (called a reservoir) that accepts the droplets. The permutations and combinations are unlimited.

Personally, I prefer compositions that involve a low magnification ratio. In such frames, the field of view is large enough to incorporate the reflection of the splash on the surface of water, or a solid element like flexiglass.

So far, the experience has been extremely delightful and I have achieved some really surreal results. One good shot makes me forget the pain of 500 failed shots. The high point of the series was a vase-like formation that I got when I used more than two drops for liquid collision. I named this image ‘Holy Grail’. When I exhibited the series, it was visited by a priest who was particularly fascinated by the image and its title, and so I gifted it to him. In all likelihood, it has been put up in his church. 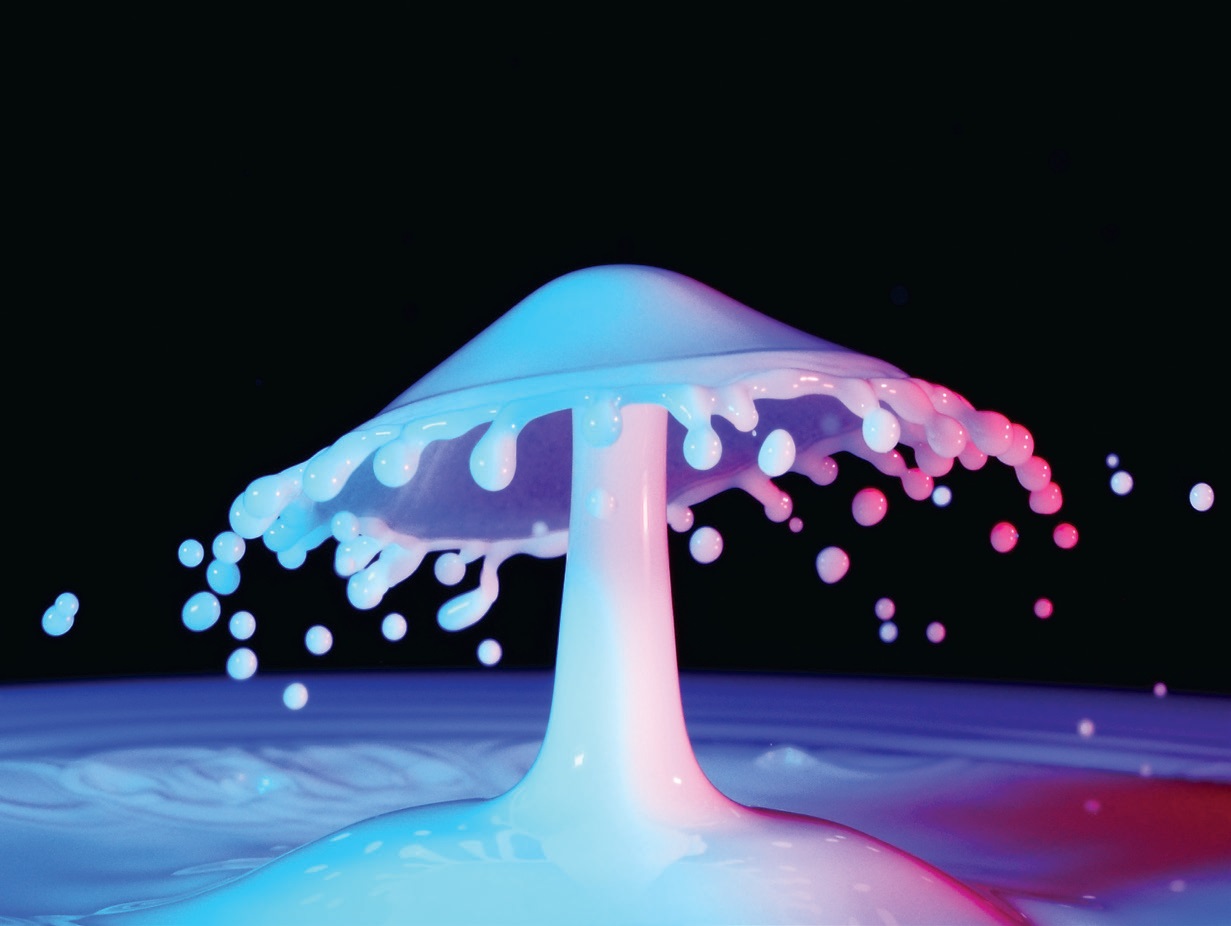 The Battle of the Sexes: This is a simple mushroom-shaped formation of a droplet of milk. The theme is a playful competition between girls and boys. I covered the flashes with blue and pink gelatine papers to get this result. Exif Details: 1/2sec at f/20 (ISO 100)

Ultimately, I give my imagination free rein while ensuring that the resulting concepts are well thought out and planned. After that, it all comes down to how they are executed.

I used a Canon EOS 600D camera along with a 100mm f/2.8 macro lens and a Manfrotto tripod. For the lighting setup, I used four flash units by Yongnuo along with a dedicated Yongnuo wireless trigger for Canon cameras. 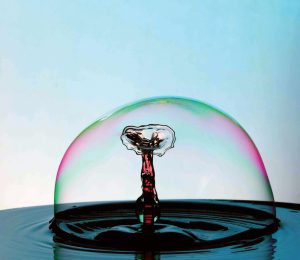 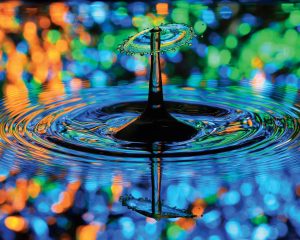 Incredible India: To get vibrant colours that define the people of India, I used aluminium foil, and three flash units with flash gels aimed at the foil. I also shot at magnification ratio of 1:5 so as to include the reflection. Exif Details: 1/2sec at f/11 (ISO 100)