Who said you cannot make great architectural shots using your phone? Supriya Joshi tells you how.

Photographing architecture using a cell phone sounds like a daunting task, almost like a battle between David and Goliath. But don’t let Goliath-like architecture scare you from making images with your Davidesque cellphone. Here is how. Keep Away from Digital Zoom
While most cellphones have the provision digital zoom, steer clear of it. As tempting as zooming in to the Taj Mahal sounds, you will end up with a very smudgy image. Instead, crop your image to your liking in an editing app after you shoot.

Show Scale
Use the limitations of your cellphone to your advantage by using it to show the scale of the architecture you are photographing. For example, photograph a friend standing in front of the Qutub Minar. Not only will it help you show the relative size of the place, it might also give you a great portrait of your friend. Shoot the buildings around your home through your window for interesting results. Shot with: HTC One X Photograph/Aditya Nair

Bring Out the Details
An incredible amount of work has gone into making ancient architectures and buildings. With the megapixel wars reaching cellphones now, you can do the builders and architects of these structures justice with great images. Get closer to the intricately built parts of the structure and make pictures. Focus on textures, details and shapes. If your cellphone has it, use the Macro mode while making close-ups of the structure. It will allow you shoot from an even closer angle.

Shoot Panoramas
Cellphones today can create stunning panoramas, and what better way to showcase a structure than to capture it in panoramic form? Before you start shooting, take a quick look at your horizon and decide what your panorama’s start and end points will be. Then, start creating your panorama! Try shooting vertical panoramas too… it can look quite interesting.

The play of shadows can add drama to your architecture image. Shot with: Apple iPhone 5 Shoot the buildings around your home through your window for interesting results. Shot with: HTC One X Photograph/Günes Sönmez

Make HDRs
Several cellphones today allow you to make HDR images. Use the mode to add drama to the frame. Else, you can use apps like HDR Camera and Pro HDR to attain the effect.

Think Differently
Cellphone photography allows you to really think out of the box and experiment. So, why not shoot architecture in squares using Instagram? Create collages of the various images you shot of the structure in Pic Collage, or even add a unique looking frame around the architecture. Cellphone photography lets you look at something considered so serious in a different way. Have fun with it, experiment as much as you can. Exactly like how it should be. 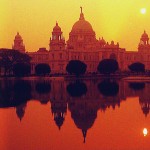 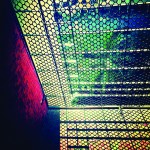 Employ unusual angles to enhance the intricacies of the structure. Shot with: HTC One X Photograph/Aditya Nair 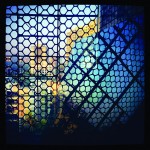 Reflections can add a stunning dimension to your photograph. Shot with: HTC One X Photograph/Aditya Nair 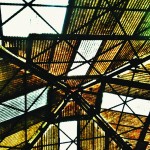