15-year-old Lobsang Thekchokh left home to make it possible for his father to feed the rest of his family members. Photograph/Kashish Parpiani

Kashish Parpiani documents the lives of young Tibetan refugees as they struggle to find a home and lead a normal life in the monasteries of India.

This story was originally published in September 2013. Kashish Parpiani
is a documentary
photographer
and a freelance
photojournalist who
has contributed images
to Mid Day and
Hindustan Times.

China’s actions in Tibet has forced several citizens of the country to migrate and take exile in neighbouring countries like Nepal and India. Leaving everything back in Tibet, thousands have flocked to regions like Ladakh, Manali and McLeodganj in India with the hope of leading a peaceful life. Over time, they have been struck by poverty and unemployment, making it difficult for Tibetan families to raise their children. Thus, parents started giving up their children to monasteries under the guise of contributing to their community. This project is an effort to ensure that these little refugees and their families in exile can go back to their homes in Tibet.

Tips when Photographing a Contemporary Issue 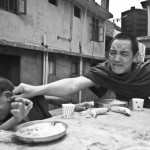 The senior monks at the monasteries are teachers and guardians for the young lamas. Photograph/Kashish Parpiani 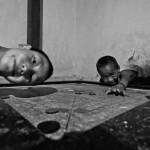 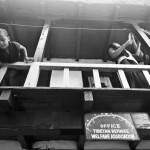 While children spend most of their time playing, the elders help the senior monks with daily chores. Photograph/Kashish Parpiani 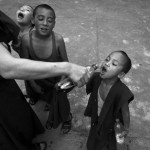 An occasional treat, such as cold drinks, never fails to excite the young monks. Photograph/Kashish Parpiani