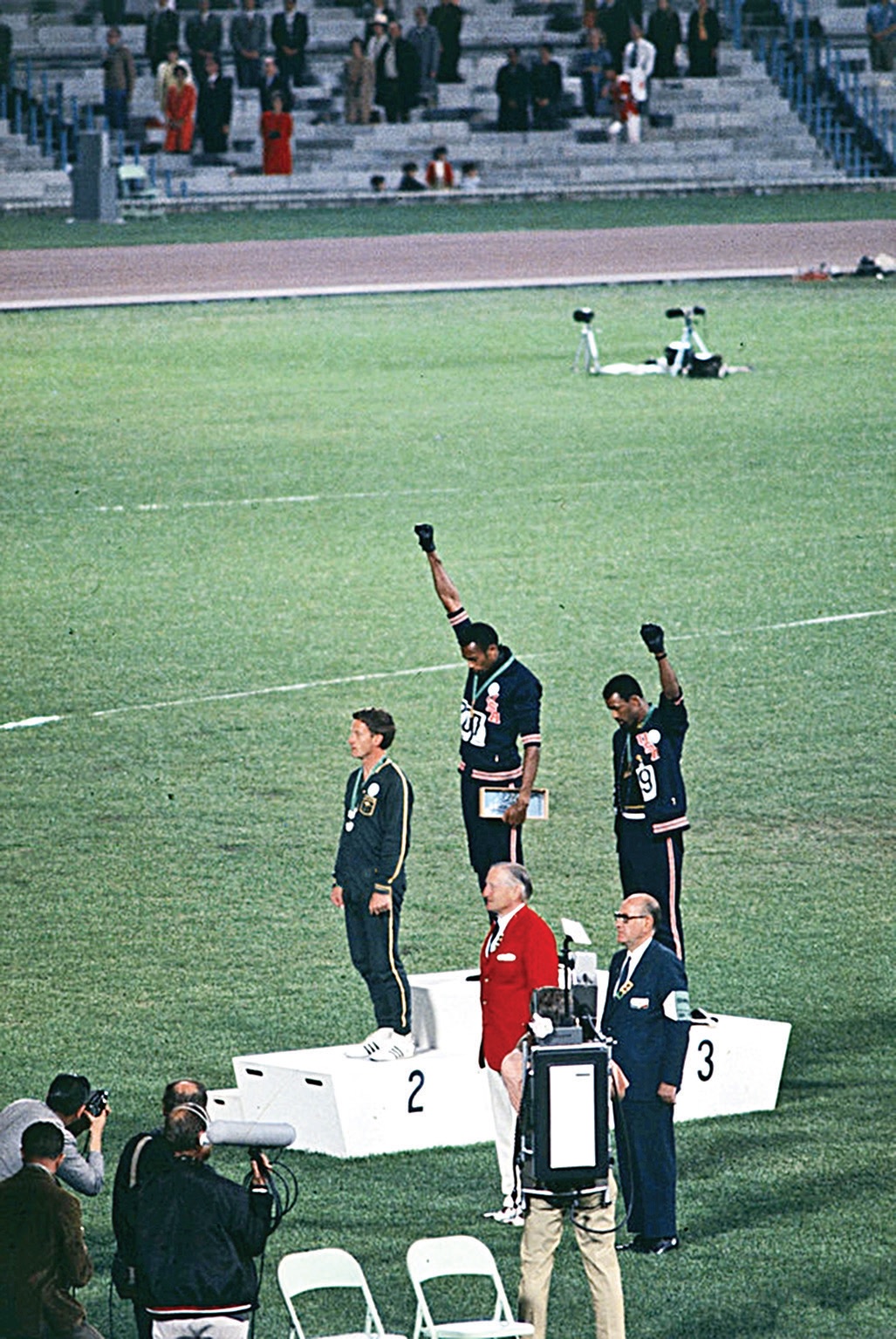 Tommie Smith and John Carlos were photographed delivering the famous Black Power Salute at the awards ceremony of the 200m race at the 1968 Mexico Olympics. The United States athletes raised clenched, black-gloved fists and bowed their heads as their national anthem was being played, protesting racial segregation in South Africa, Rhodesia (now Zimbabwe) and the US. Australian sprinter Peter Norman stood in solidarity with their shared cause. Smith and Carlos wore black socks without shoes, and black scarves around their necks. According to them, the former symbolised poverty, while the latter was in remembrance of victims of racially motivated lynchings.

The athletes had refused to receive their medals from Avery Brundage, the then president of the International Olympic Committee. Brundage had earlier faced allegations of Nazi appeasement at the 1936 Berlin Olympics, over the controversial exclusion of two Jewish athletes from the US contingent and one from the German contingent. He dubbed the protest a ‘nasty demonstration against the American flag by negroes’, and threatened the United States Olympic Committee with expulsion if action wasn’t initiated.

The USOC expelled both the athletes from the Games for their ‘untypical exhibitionism’, and banned them for life. Peter Norman returned to an overwhelming wave of criticism and isolation from the Australian public and media, never to return to the Olympics. The media was scathing in its criticism of the athletes’ activism. TIME magazine in particular condemned the ‘public display of petulance’ by ‘two disaffected black athletes’.

The timing of the demonstration was significant—civil rights activist Martin Luther King Jr had been assassinated earlier that year; South Africa had been excluded from the Olympics for its insistence on having separate committees nominate athletes from different races to the national contingent. Smith later stated in his autobiography that their gesture was not a ‘Black Power Salute’ (as the media called it), but a ‘human rights salute’.

This article originally appeared in the October 2015 issue of Better Photography.