Snakes in the City Grass Snake (macropisthodon plumbicolor) The adult grass snake is green in colour, while the younger ones have yellow and black lines, just like this one. This snake was rescued from Malad, a Mumbai suburb, when it accidentally entered a house. Photograph/Kedar Bhide

Kedar Bhide rescued some snakes in Mumbai’s urban jungle and revealed a surprisingly beautiful side to them through his photographs.

This article was originally published in August 2009. “Snakes are  apex predators  and feed on many other small animals I have always found snakes to be beautiful creatures.”— Kedar Bhide

Fear, fascination, superstition and repulsion are commonly associated with snakes. But not many realise how important they are to the ecosystem. They are apex predators in their environment and feed on many other small animals, thereby maintaining balance in the ecosystem. Snakes are cold-blooded (ectothermic) animals that depend on external factors to control their body temperature.

Contrary to common perception, cities like Mumbai make an ideal home for them as there is ample food and space for these creatures. I have always found snakes to be beautiful creatures. While working towards their conservation, I also began to photograph them.

My objective towards photographing these snakes was to show their beauty as well as identify them in terms of their distinct physical features.

Today, Mumbai houses 34 species of snakes. Luckily for me, I have photographed most of them and remember each occasion well. Through these images, I wish to make everyone understand their importance and dispel the several myths associated with this wonderful species. Saw Scaled Viper (echis carinatus) These small vipers can be found mostly in rocky areas. They are very aggressive and are difficult to handle. This was shot while on a trek to the Sahyadris, near Mumbai. Photograph/Kedar Bhide

Tips to Remember When Photographing Snakes Vine Snake (ahatulla nasuta) Most of the time when in the wild, you can get a head shot of a vine snake if you wait for a good opportunity. This snake was captured while on a trek to Sanjay Gandhi National Park, Borivali. Photograph/Kedar Bhide

About Kedar Bhide
Kedar is a snake rescuer, wildlife photographer and has been into nature conservation since more than 12 years. He shoots nature and wildlife mainly for research and educational purposes. 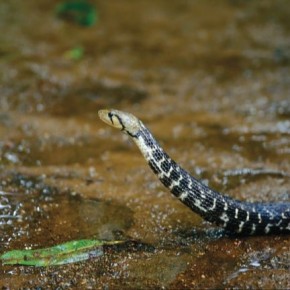 Checkered Keelback (xenochrophis piscator) When this shot was taken, this snake was just being released in the wild. It was rescued a day earlier in Andheri. Photograoph/Kedar Bhide 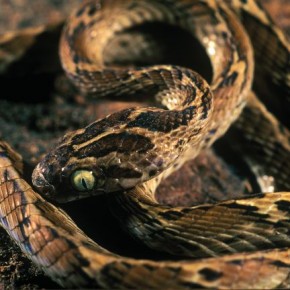 Indian Cat Snake (boiga trigonata) Cat snakes are usually found at night. Capturing this snake’s vertical pupil was very important, as it can only be seen in cat snakes and vipers. Photograph/Kedar Bhide