11:53pm on 13 December 2008: This long exposure, made in winter, was enhanced by fresh snowfall and the colour cast created by a street light. Photograph/Albert Normandin

Albert Normandin looks out of the window at different times through the year, and photographs the various moods and views of an unused chimney in the background.

When I first took possession of an old house that I had purchased, I was too busy renovating it to be able to appreciate the view that could be seen from the window.

I noticed it for the first time on one of the many grey days that we have in Vancouver, Canada. My first impression was that of an empty scene with a roof and a chimney. It almost seemed as if the chimney was lonely!

The chimney was defunct. There was no smoke coming out of it. This is why seeing the cloud formations mimic smoke gave me the idea of digging deeper into this subject.

My Perspective
The concept was to take one basic subject— a chimney that does not move or have feelings and emotions—and give it life and character. Restricting myself to one view of the chimney challenged my patience and persistence. Most of my other photographic work has taken me to exotic places. However, for this series, I was restricted to this view from my bathrooom window, which was a refreshing change of pace.

My Process
While I do not shoot the chimney everyday, I am constantly looking at the scene to see if there is something interesting going on. This practice can be very trying. Sometimes, I miss the moment and need to wait for a long time before I see it again.

Simplicity is of great essence. I realised that I do not need to make complex and layered compositions all the time. In fact, simple scenes are often the ones that seem most beautiful. The frame or scene is fairly straightforward. I vary my composition depending on what is going on. The moods of the sky, clouds and the light determine where I place the chimney in the frame.

At different times of the day, the light transforms the scene. For instance, long exposures at night bring surreal skies and star trails, while daylight can vary from being strong and contrasty to soft, open light.

Similarly, different times of the year bring along weather changes. Cloud formations change dramatically while a snowcapped roof can offer a pleasant blanket of white.

This photo series has taught me to view an otherwise ordinary scene in a new light. After all, even the simplest of objects.

My Equipment: I started this series with a Nikon D2X camera and a 50mm lens. I have now switched over to the Canon EOS 5D Mark II along with an 85mm lens. I use a Gitzo tripod and process my images using software like Photoshop and Photo Mechanic.

To see more of Albert’s work, you can visit http://www.albertnormandin.com/Home.html 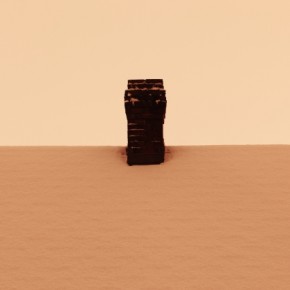 11:53pm on 13 December 2008: This long exposure, made in winter, was enhanced by fresh snowfall and the colour cast created by a street light. Photograph/Albert Normandin 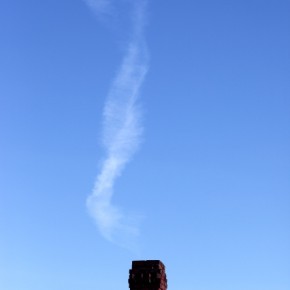 6:35pm on 21 May 2009: The lone, wispy cloud creates an illusion of smoke against the backdrop of a graphical deep blue sky. Photograph/Albert Normandin 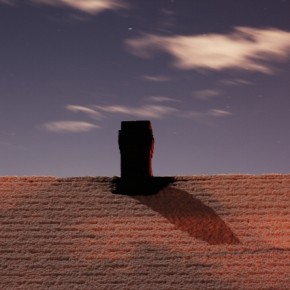 9:46pm on 8 March 2009: The star trails and the motion of the clouds make this an effective long exposure. The dark shadows of nearby trees add to the eerie feel. Photograph/Albert Normandin 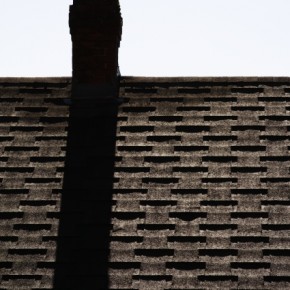 12:11pm on 14 March 2006: A midday winter sun created a long, direct shadow at a sharp angle. This helped me play with the shapes and lines in the composition. Photograph/Albert Normandin 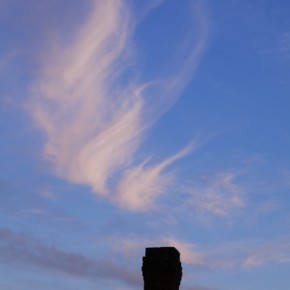 9:09pm on 12 June 2010: A large cloud rises from behind the chimney. The orange afterglow of the sunset adds another layer to the simple composition. Photograph/Albert Normandin 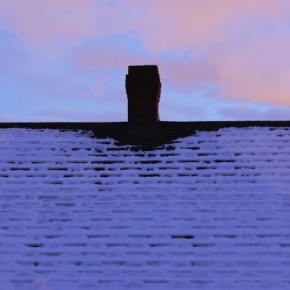 7:46am on 9 March 2009: The first light adds a warm cast to the clouds. The time of day, snow and the open sky create an unusual cast before the sun intrudes. Photograph/Albert Normandin