A quietly disappearing form of theatre, artistes who have voiced myriads of characters, but now have few spectators, homes and settings that reflect an India that can now only be found in Satyajit Ray stories. Soumya Sankar Bose explores these and much more. 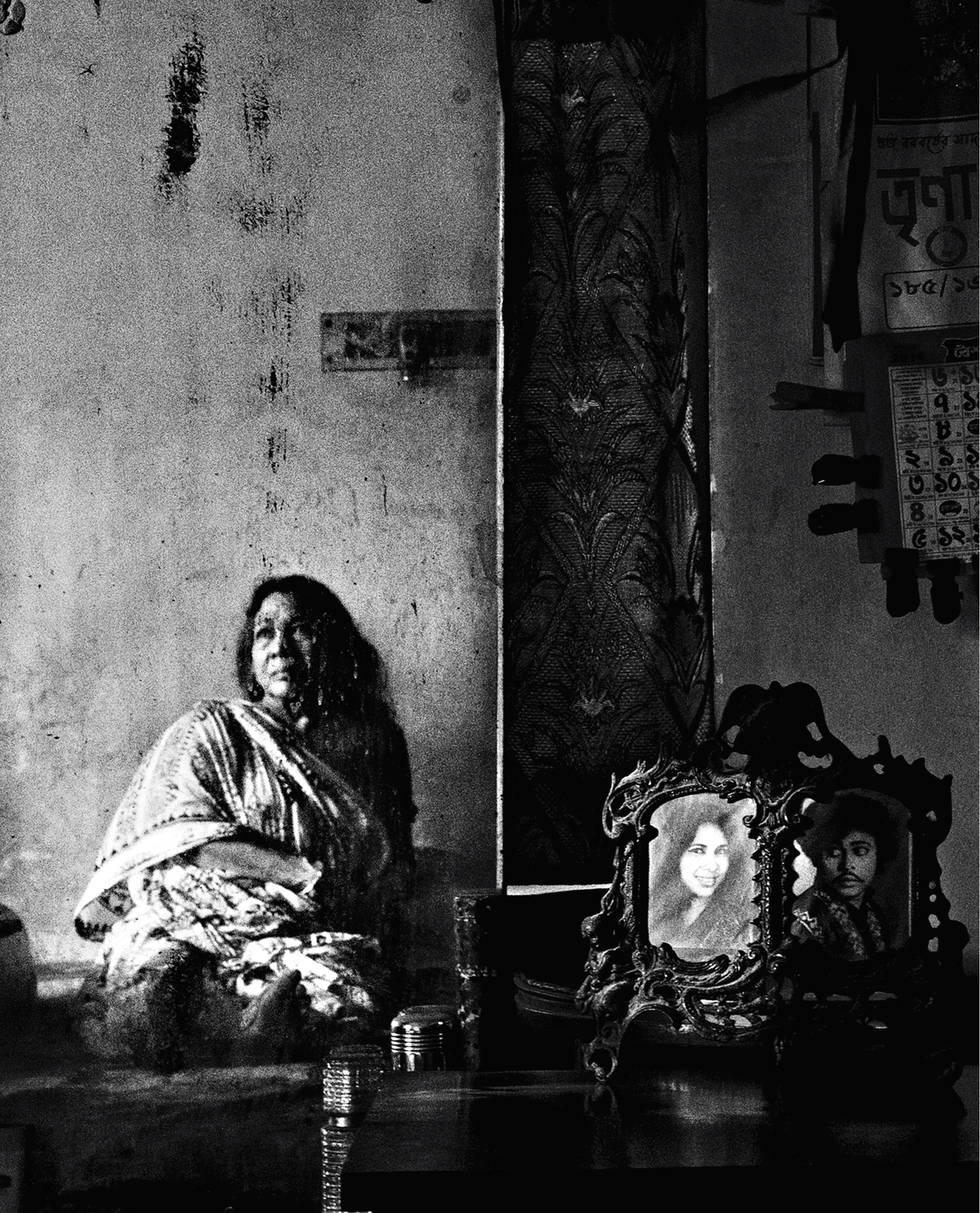 Sima Bose used to a famous Jatra artist in the 1960s and 70s. For the last ten years, however, she has been suffering from arthritis and cannot leave her bed. Kolkata, West Bengal. 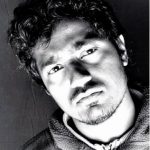 Jatra, a once-famous form of folk theatre from Bengal, employing dialogue, monologue, songs and instrumental music to tell stories, has gradually slipped away from public memory. History and technology played their own parts in the diminishing of a centuries-old art form. The partition and consequent formation of East Pakistan (now Bangladesh), led to a kind of Jatra that did not have Hindu folk tales, while on the Indian side of the border, actors stopped playing Muslim characters. Television and cinema drew people away from the streets and closeted them in their homes. And so, Jatra companies grew smaller and smaller. In 2001, there were 300 companies who, while employing over 20,000 people, were forced to often offer free performances.

“Where went the audience who would be transfixed by plots that ranged from mythological and historical stories to social and contemporary issues?”

This is my attempt to peep into the daily lives of these stalwarts of street theatre, and to glimpse the gloried days when stories were considered to be the fibre of magic.
—As told to Ambarin Afsar 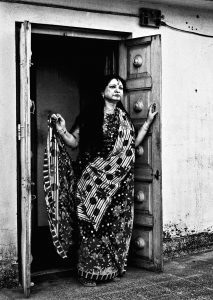 Bela Sarkar, 65, who used to be known as the queen of Jatra by her patrons, poses for a portrait at the doorway of her home. Beleghata, Kolkata. 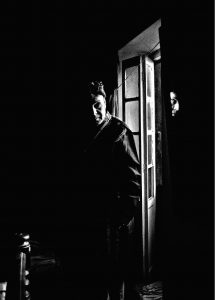 Sandip Chaterjee, 58, started his journey as a Jatra artiste with his father in 1986. He closed down his father’s famous Jatra dol (house) Gono Nattyo, owing to financial troubles in 1994. Chinsurah, West Bengal.

Experiences that Became the Basis for this Documentation Project

Soumya Sankar Bose is a documentary photographer who has obtained a postgraduate diploma in Photography from Pathshala. He was gifted his first camera, a Kodak KB10, when he was 11 years old, at a local festival. He started shooting because he wanted to make portraits of his favourite people, such as his grandparents and his uncles and aunts. In August, he will be publishing his book Let’s Sing an Old Song, which was made possible through a grant from India Foundation for the Arts. 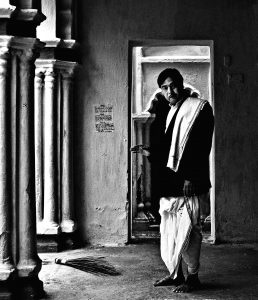 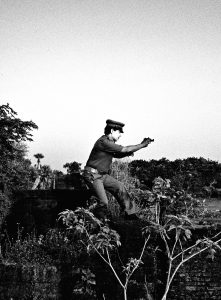 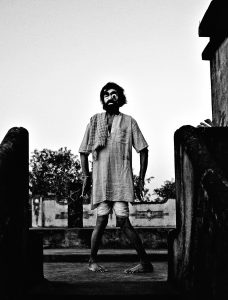 Tonu Dey, 73, poses as a physically challenged person. He won the award for best actor three times between 1960–70 but had to discontinue his carteer after a bypass surgery in 2007. Midnapore, West Bengal. 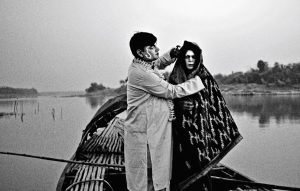 Rabin Kumar Majhi, 51, and Anukul Ghosh, 63, pose as a newly married couple. Ghosh used to play female characters in the 1970s and 1980s. He has now retired from Jatra. Pathra, West Bengal. 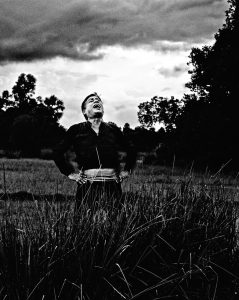 Kanhai Bangor, 66, is a farmer by profession but is famous for Vivek, a character that he played for a drama titled Conscience. Ghatal, West Bengal. 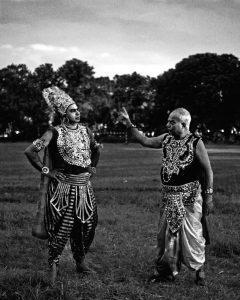 Dr Bholanath Banik, 57, and Sudarshon Chakarbakarty, 66, both immensely gifted artistes, have been working in the Jatra since 1960, but are now on the dole. Jagannath Hall, Bangladesh.