In the Midst of Music Concerts usually have contrasty light, but I decided to use this to my advantage by shooting high contrast B&W photos. Photograph/Tamagna Ghosh

Photographers often complain about light. We make excuses that the light levels are too low or sometimes, that it is too contrasty. Then, of course, there are times when the light changes with every passing second. This is what presents the greatest challenge for us photographers.

My Perspective
I personally relish such challenges, which is why I decided to photograph a number of live music performances in Mumbai’s clubs. Considering that my day job is at a radio station, my interest in music is natural. Most of the songs that are played on the radio are from Hindi films, but these performances allow me to discover and enjoy the work of other musicians, who try to do something different.

At a rock music show, the light has a life of its own. It is an equally important character in a concert—as important as the musicians on stage and the audience. Besides the erratic lighting, the action in a rock music show is extremely dynamic too.

In the midst of all this, there are so many great photographs one can make! The musicians moving across the stage, the singers gesturing to the crowd, the guitarist’s fingers racing away on the fretboard and the drummer playing the drums—all of these can make great action photographs.

The Process
The unpredictability and dynamism of the concert add a unique edge to the experience of photographing them. For me, it is all about the experience! When I first enter a music show, I stand back and absorb the atmosphere for a while. I try to get used to the feel of the event, the music, the kind of audience and of course, the light. After I shot the first few concerts, I realised that the changes in lighting are not as random as they initially seem. There is some order in the chaos of it all. In most concerts, the lights follow a particular pattern—for example, they are first red, then there is a warm spotlight on the singer, then the lights have a blue tone and so on.

Observation is the most important aspect of photographing any event where the action is changing dramatically—it could be a rock gig, or a Ram Leela, dance performance or a sporting event. After all, there are so many things one can shoot. I usually shoot conventional portraits of the performers, but I also look out for interesting behind-the-scenes action. It could be a shot of the audience cheering, or an abstract image of lights, or even a gritty photograph of wires and sound equipment. Every tiny detail has its own tale to tell.

An artistic choice that I was faced with was whether to use colour or black and white. Due to the varying nature of light in concerts, one can experiment with oversaturated, psychedelic imagery. However, the colours often distract from the performer’s expressions, which is why I presented the final series in B&W.

Technically, concerts are extremely challenging. The use of a high ISO and a fast lens becomes important because the light levels are low. I always shoot using the RAW mode. Light is contrasty, and RAW photographs allow me to retrieve maximum detail in both shadows and highlights, whenever necessary. Also, JPEG files tend to get soft while shooting at higher ISO settings, which is why I shoot in RAW to capture the best possible sharpness.

I avoid using the Burst mode. I believe in understanding the music and being a part of it, so that I can anticipate the best moments and capture them in one go. Eventually, concert and gig photography is all about loving the music, but I guess that applies to all forms of photography. The more you love your subject, the better your photographs will get.

To see more of Tamagna’s concert photography, log on to www.getyourhami.com. 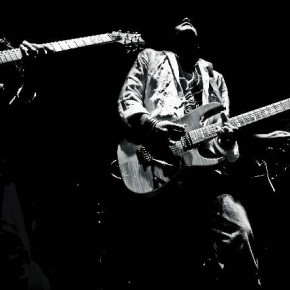 Concerts usually have contrasty light, but I decided to use this to my advantage by shooting high contrast B&W photos. Photograph/Tamagna Ghosh 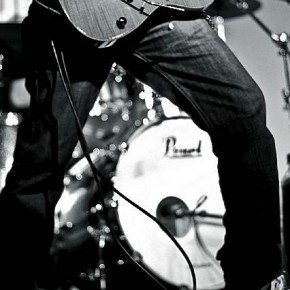 A constant effort is to get a new perspective and still convey the atmosphere of the venue. Photograph/Tamagna Ghosh 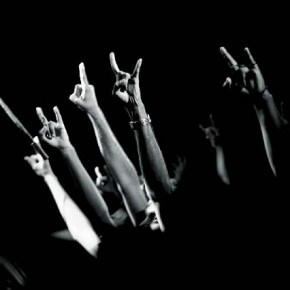 The crowds and audience are often animated and are an integral part of any stage show. Photograph/Tamagna Ghosh 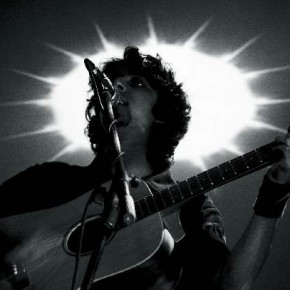 I often move around the stage, trying to get the best vantage point from which I can get the best view of the musicians. Photograph/Tamagna Ghosh 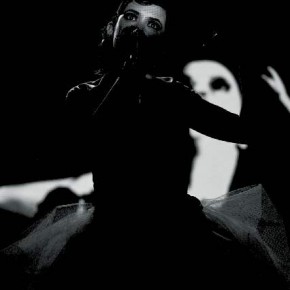 The sheer drama of light and shadow is what excites me most about shooting concerts. Photograph/Tamagna Ghosh