All Seeing, All Knowing

This panorama depicts the Port Covington Rail Yard, Baltimore, USA and was shot in 1913 by Frederick W Mueller. Image Source: Library of Congress

Aditya Nair takes a look at how the creation of panoramic images ran parallel to the progress of photography.

Say the word ‘panorama’ and you are bound to think of photographs of wide vistas and open landscapes. However, did you know that the first panoramas were actually paintings? An Irish painter called Robert Baker first coined the term to describe his paintings of Edinburgh in the late 18th century. Conceptually structural marvels, these ‘panoramic’ paintings were displayed on cylindrical surfaces that had to be viewed from the inside.

A panorama is an image that simulates the human action of looking at a scene from left to right.

A New Way of Seeing
Panoramas fascinated everyone as they were a new way of seeing beyond the boundaries of normal human vision. They had the potential to showcase the scope of the world around us, and the all-encompassing view made visuals even more impactful.

Working with Daguerreotypes
The reason why panoramas had such an early debut in the world of photography was that the father of the first photographic process, Louis Daguerre, was a panoramic painter himself. The first few panoramas were created by putting multiple daguerreotype plates together. In fact, the first ever patent for a panoramic camera was filed by Joseph Puchberger in 1843, just four years after Louis Daguerre had announced the daguerreotype.

The First Panoramas
A rather crude device, Daguerre’s panoramic camera used a swing lens and a hand crank. The crank was used to pan the lens, and when the lens moved, the film would be exposed. However, manually rotating the swing lens left the film unevenly exposed. This glitch, however, was fixed a year later with the introduction of the Megaskop.
Then came the Cirkut, which was created in 1904 and went on to become one of the most popular cameras at the time. Curiously, the size of the film used varied from model to model of the Cirkut. The Cirkut No. 16 was able to create 360° panoramas in a single film that had an area of more than 26 square feet. In the digital age, the sheer volume of information in that image would equate to a gigapixel photograph!

All Around You
Before the Cirkut gained popularity, it was Frederick W Mueller who patented the first 360° cyclorama in 1904. The camera worked on the principle of a revolving lens. It was only recently that digital cameras were able to recreate the same.
Mueller’s cameras were also used to take some of the first aerial photographs of the United States of America using a navy airplane. While Germany offered him USD 25,000 (approx. Rs. 12.5 lakhs) for the technology, the deal never fell through due to the beginning of the World War I.

A Strange Reason for Popularity
Military and research were two of the most important applications of panoramic photography. They were used to showcase the symbolic power of a nation by photographing wide views of the troops, naval fleets and air force regiments.
Of course, the main reason for their popularity had nothing to do with the sweeping landscapes that we associate panoramas with today. They actually gained commercial success as a means to click group pictures. As the lens rotated, the photographer was able to stand closer to the group, interact with them on a personal level, and yet fit all of them in the frame.

The term ‘panning’ has also been derived from panoramas.

The Wide-eyed View is Back
As digital cameras gained popularity towards the end of the 1990s, it was only obvious that panoramas would follow. Initially, digital cameras allowed users something called a panorama assist mode which helped them shoot multiple images. These needed to be stitched together during post production, which was a tedious affair.
All that changed merely three years ago, with the launch of the Sweep Panorama technology in the Sony Cyber-shot DSC-HX1—a technology that is now replicated by almost every manufacturer.
Why do we find panoramas fascinating? It is not just about images that show a field of view that is more than usual. Due to evolution, it is easier for us to read text from left to right. The stretched perspective of a panoramic image provides gives us the ability to inspect it from left to right, much like reading a book. Panoramas actually play on the human psyche!

The Technology Behind Panoramic Cameras 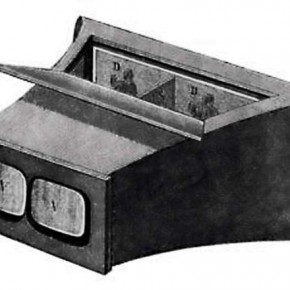 Swing Lens Cameras: Their lens rotated around an axis to expose the film, placed on a curved plate. This kept the distance between the lens and film constant. 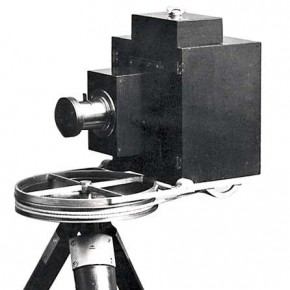 Full Rotation Cameras: Here, a motor was used to rotate the camera. The film was pulled such that it matched the movement of the image plane. 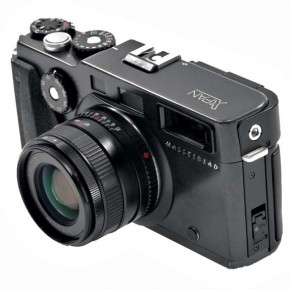 Wide View Cameras: These used a fixed lens and a flat image plane in order to capture panoramas. They ranged from 35mm to medium format cameras. 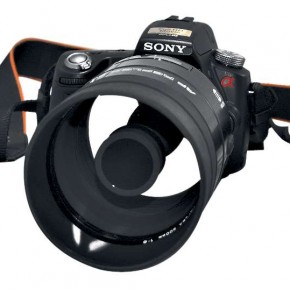 Catadioptric Lens: The catadioptric optical system used a combination of lenses along with mirrors to reflect a 360° field of view into the optics of the lens. 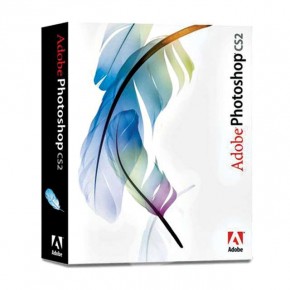 Stitched Panoramas: These are created by shooting multiple images that overlap slightly. They are later stitched together using software like Adobe Photoshop. 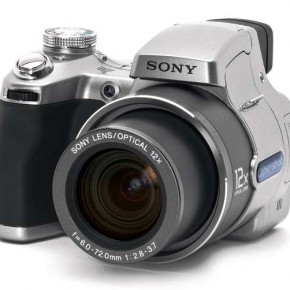 Digital Cameras: Multiple images are shot using the Burst mode which are then stitched within the camera to create a high resolution panoramic shot.