Sarang Naik: These Walls of Mine I used two exposures for this image—one for the lamp and one for the ceiling which was much darker. Photograph/Sarang Naik

Finding inspiration in the walls of his own house, Sarang Naik shoots a series of black and white abstract images of them.

The idea for this project came into being when I had to cancel a photography outing one day, because it was raining heavily. My usual reaction to this would have been to put away the camera. But since I hadn’t picked up the camera for several days, I was itching to shoot something interesting.

This reminded me of a quote by photographer Robert Adams where he says, “No place is boring if you’ve had a good night’s sleep and have a pocketful of unexposed film.” So I decided to challenge myself, and looked around my own house for inspiration. I was pleasantly surprised to find the abundance of things that I could shoot. Black and white abstract photography has been a serious obsession of mine. It is a great tool for creative expression and a way to interact with my surroundings. The walls of my house proved to be a perfect subject for this aesthetic. I made this image because the protruding wall and the sharp shadow it casts reminded me of a sundial. Photograph/Sarang Naik

My Perspective
Photography-wise, a scene as a whole rarely appeals to me. I’m automatically drawn to finer details. It has become a sort of a meditative practice to observe and study the mundane details of a place and to make compelling photographs of them.

I wanted to approach a mundane subject like walls, with a fine art aesthetic.

I looked at the walls of my home with the same mindset and found them immensely captivating—the tiny imperfections, the textures formed by the dust and cleaning marks, the peeling and cracking paint, and the soft angled light accentuating it all. This gives the walls a certain personality.

This project is also my way of reconnecting with the space that I reside in. When I’m shooting outdoors I’m always aware and observant of everything around me. But when I come back home my awareness instinctively narrows down. Therefore, the project has helped me look at my own home with fresh eyes.

The Process
I zeroed in on the dirtiest parts of the walls and then looked for good compositions. At other times I let the light dictate the composition. Soon, I realised that diffused light coming in at an angle, was the best way to bring out textures and create a nice gradient. I didn’t move things around. I shot everything just the way I saw it.

Sharpness and depth of field are critical here, especially when shooting corners. I mostly used apertures like f/11 and f/14. The sensor dust that sometimes showed up due to the use of narrow apertures, added to the grungy look that I was going for.

In the digital darkroom I do a lot of selective contrast adjustments to bring out as much texture as possible. A sharpening filter and a slight sepia tone are added towards the end. I loved how the light makes this look like a prism. The bands of light were formed because of the curtains on the window. Photograph/David Ingraham

Tips For Shooting Abstracts In Your Home

To view more images from Sarang’s work, you can visit his website www.sarangnaik.com 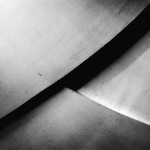 This is the design of the false ceiling in the living room. The layered curves make for a great minimalistic composition. Photograph/Sarang Naik 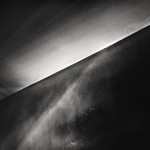 The light reflecting off a car’s roof formed this pattern in my bedroom. It created a gradient that looked perfect in black and white. Photograph/Sarang Naik 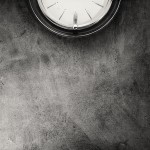 I like making unusual compositions by completely disregarding the rules. I also have a tendency of aligning the subjects centrally. Photograph/Sarang Naik 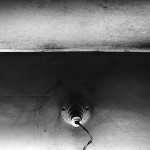 This photograph was shot at night with a fluorescent tubelight as the light source. This caused the dark band in the middle of the image. Photograph/Sarang Naik 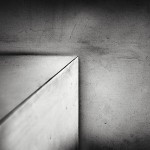 Here, I used a shallow depth of field to blur the edge of the table. It gave the impression of being shot using a tilt-shift lens. Photograph/Sarang Naik