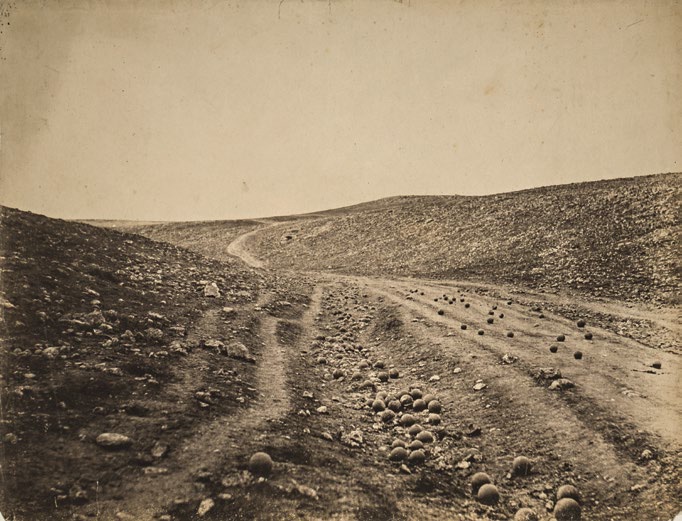 A lawyer-turned-painter, Roger Fenton’s career path saw a radical change (again) after he viewed the Great Exhibition in Hyde Park in 1851. Struck by the brilliance of photography, he took it up and became known for his portraits. In 1855 he made his way to Crimea to photograph the ongoing war between Russia and an allied force of Britain, France, Austria and Sardinia. Thousands of men had perished during this time due to illness and injury. However, Fenton’s images did not feature any ongoing battles or mangled corpses. While some speculate that this may have been a conscious effort to bring home images that were more commercially viable, others are inclined to believe that it was largely due to restraints of photographic equipment. Hence, his pictures largely consisted of landscapes, posed portraits and stationary objects.