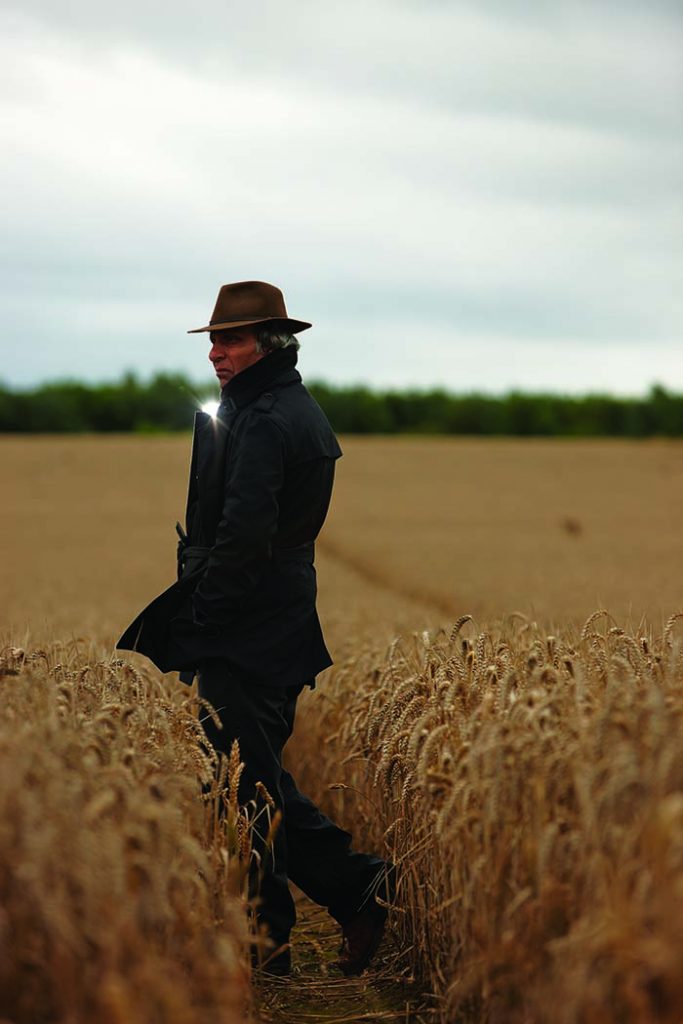 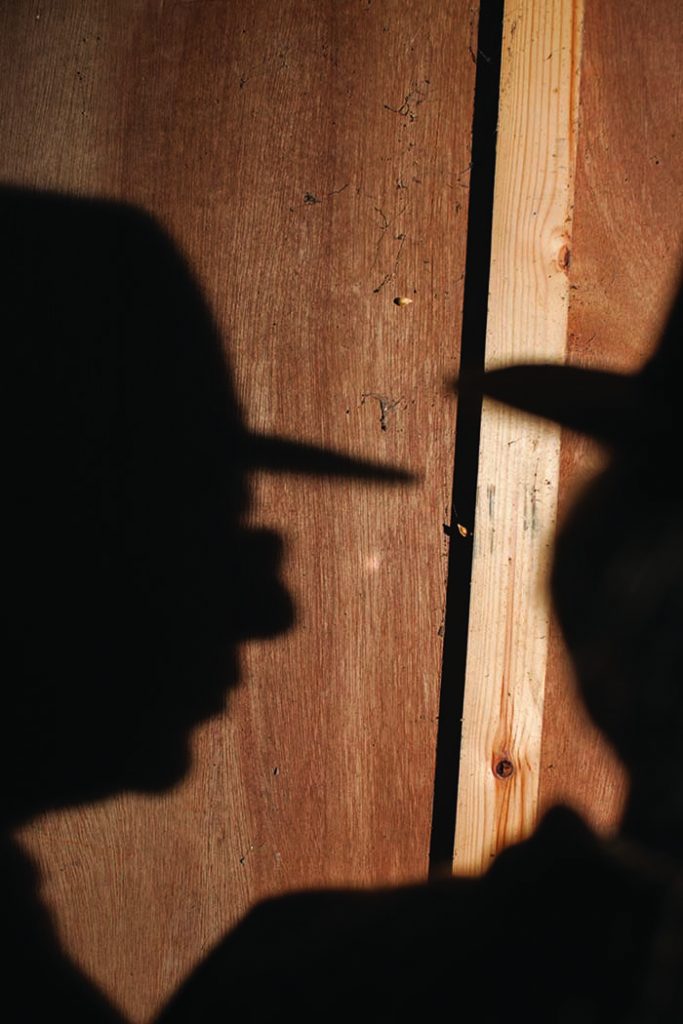 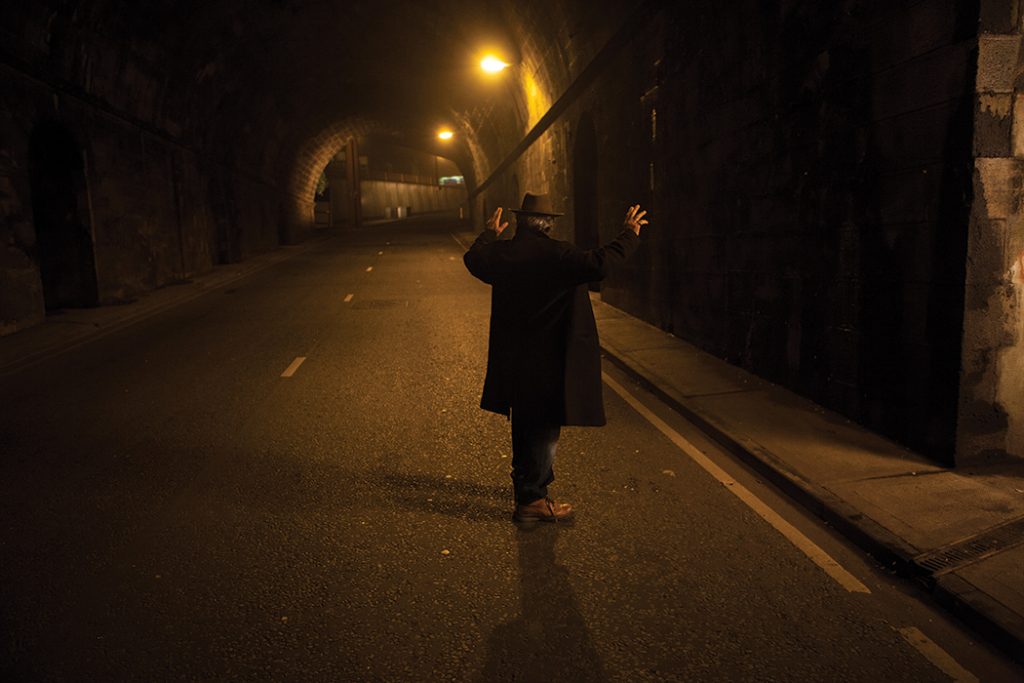 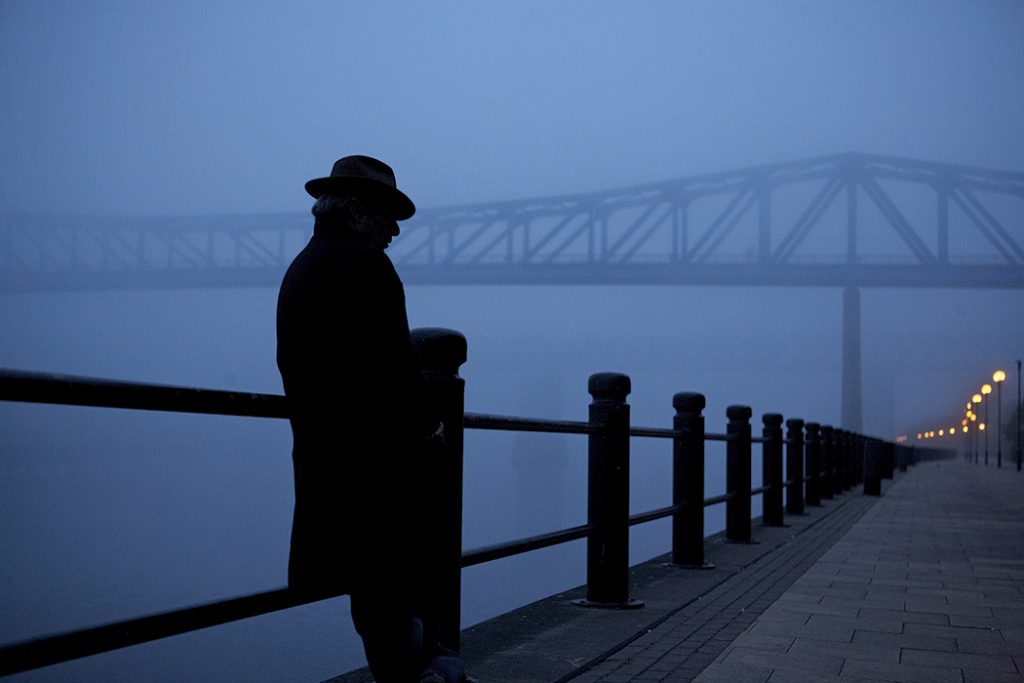 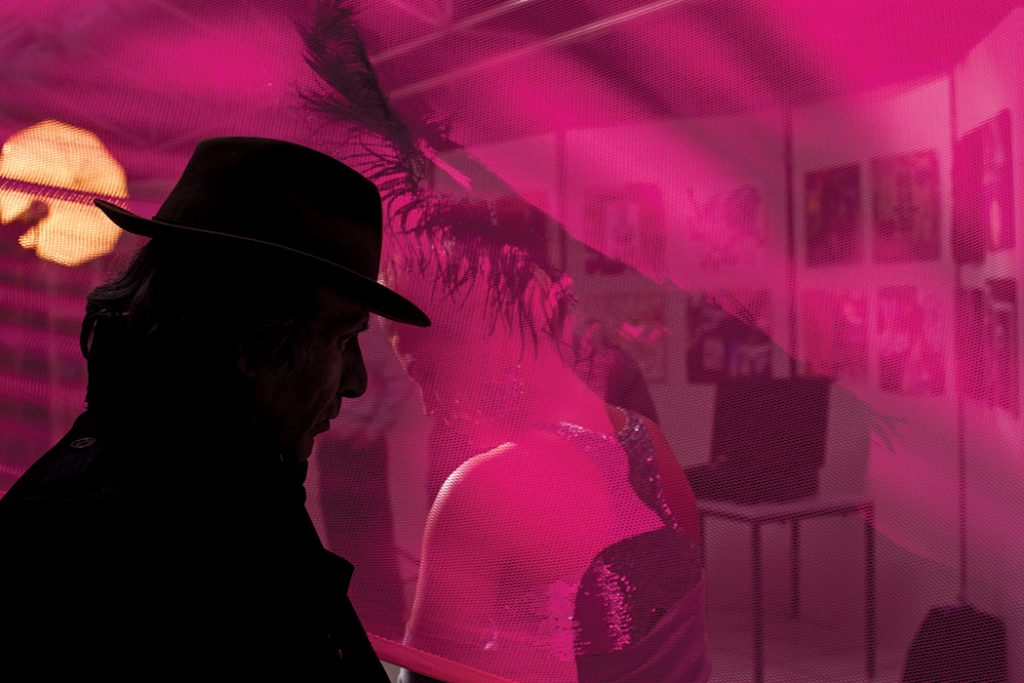 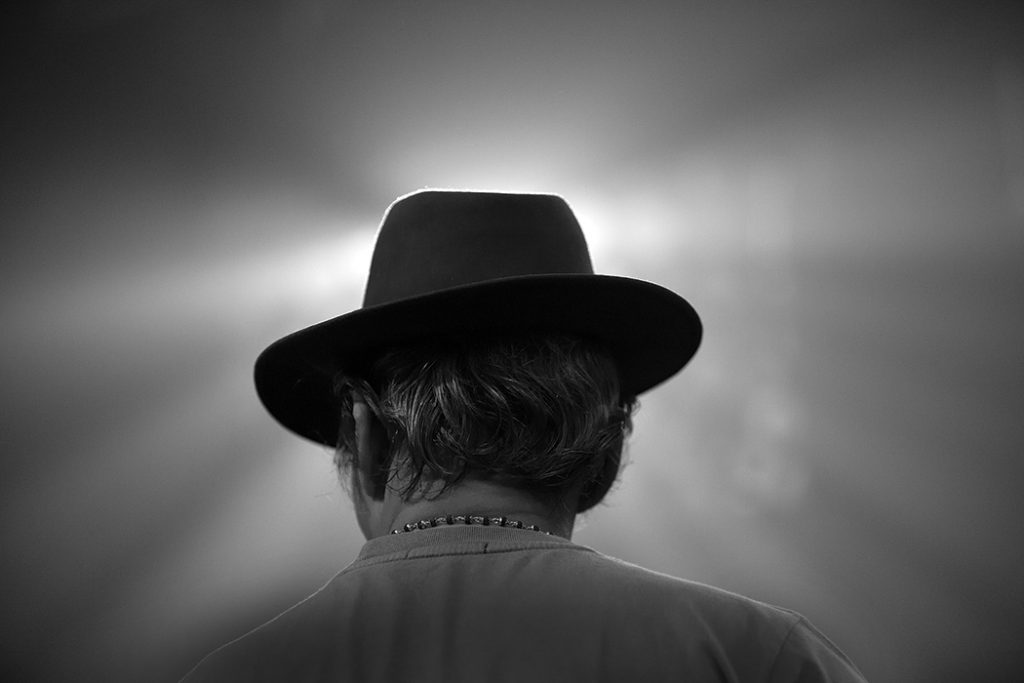 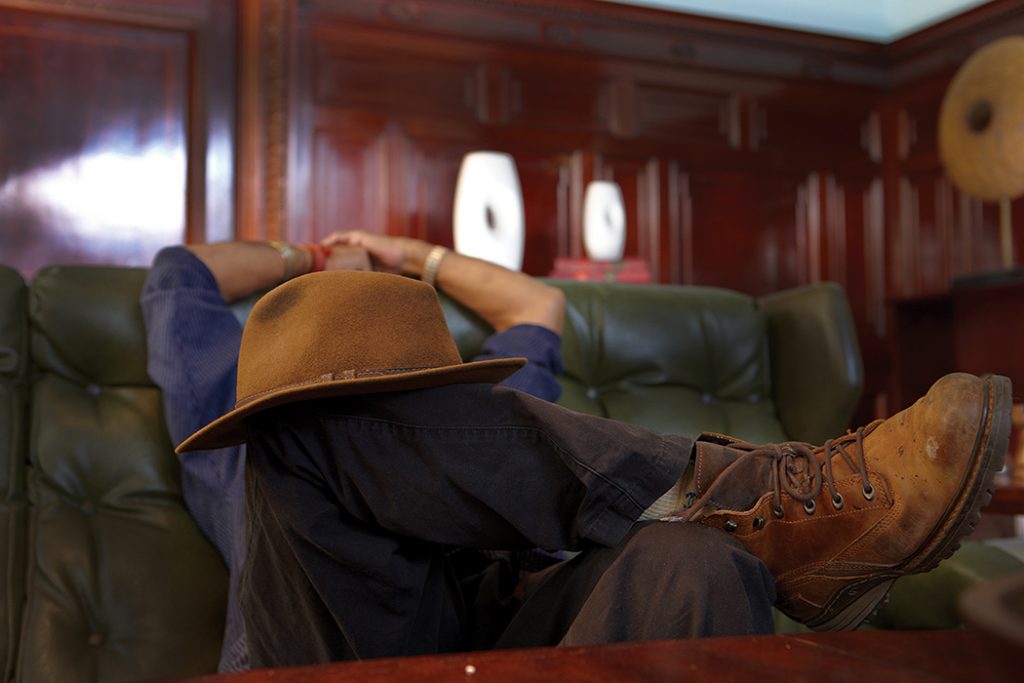 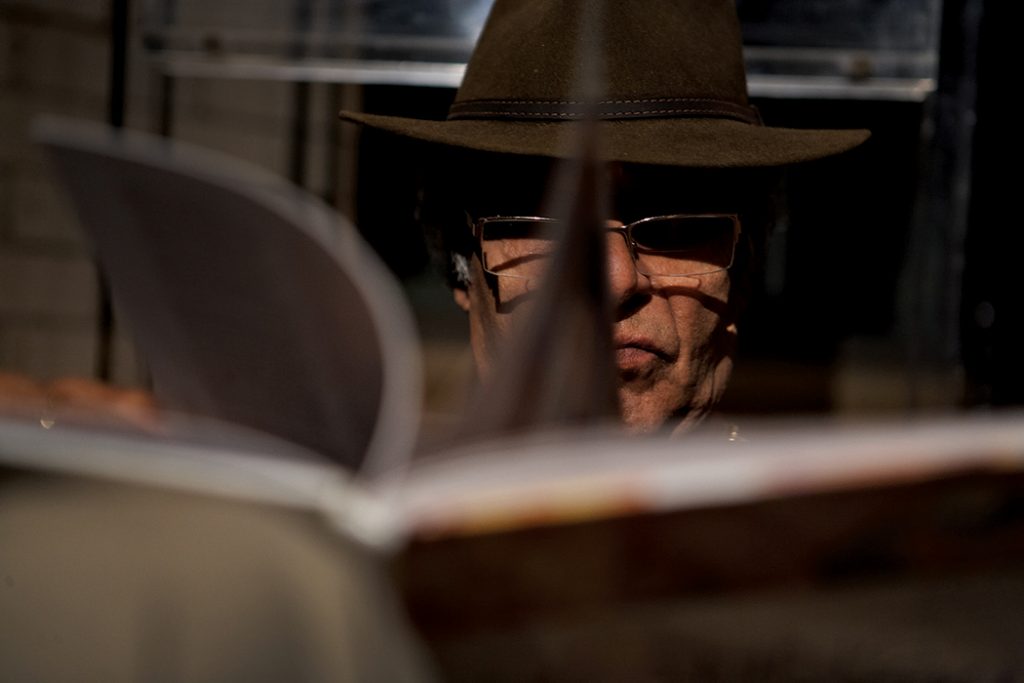 Amit Ashar tells Raj Lalwani about his fond memories of the legendary cinematographer, and how photographing Ashok Mehta, for him, was part remembrance and part eulogy.

There is a moment in the opening few minutes of Gulzar’s Ijaazat, when an oblivious Naseeruddin Shah comes face to face with his former wife, Rekha. They are on a railway platform, right outside a waiting room, a passing train, casting a fleeting rhythm of light and shadow that envelops the delicate tentativeness of meeting an estranged lover, unexpectedly. A visual can actually move us to such an extreme degree, and it was several years ago when I saw the movie for the first time that I realised the same. If there is poetry in every situation that Gulzar writes, there was poetry in every frame that lingered. I hadn’t met Ashok Mehta at that time, but after that, I never looked at images the same way.

“There’s this moment in the song Khaali haath shaam aayi hai that I fell in love with. A cup of unfinished coffee, a patch of light, such beauty, yet so real.”—Amit Ashar

Ashok Mehta was probably India’s greatest cinematographer along with Subrata Mitra, but also the finest person I’ve met in the industry, and definitely, the most enigmatic. He, from the humblest of backgrounds and yet, with great flamboyance, and an accent of his own. He, who would notice my camera from the corner of his eye, and almost subconsciously bring on a bit of a swagger, leaning in and out of the light. He, who would talk to Shashi Kapoor with the same warmth with which he would talk to the guy who would serve tea, and if he didn’t know your name, you’d be called ‘Ramu ki maa’ or ‘Dharam pitaa’. Curious, ambitious, honest and kind, and always striving for excellence… he, Ashok Mehta, my chachu.

“His work has a way of reaching out to people who didn’t understand the nuances of cinematography. They’d watch the frames appreciatively and say, ‘Ashok Mehta did it’. I think a lot of what we see in Indian cinema today is attributable to Ashok Mehta.” – Santosh Sivan

I first met him two decades ago, when he was at the peak of his journey. To me, no one knew him the way I did. As I’m sure everyone else feels the same, whether it is a Shyam Benegal, a Shashi Kapoor, or an assistant lightboy. There is an ownership to knowing Ashok Mehta that each one of us has, and in making pictures of him, over the years, I was only photographing my love and worship. He was inarticulate when it came to talking about his craft, which was fantastic, I think. It is a visual medium, you have to see, you have to feel. In fact, when Aparna Sen first met him, before 36 Chowringhee Lane, she gave him a long narration that he patiently heard with his eyes almost shut in concentration, concentrating, but then asked her, if she could describe the look of her movie in one line. She said, “If a rose was pressed inside a book for a long time, you know what the colours would be?” He immediately recognised what she had in mind, and lent every frame of that classic a withered sense of nostalgia.

“Ashok has an innate sense of visual storytelling. It’s not just about how he lights, but also how he frames. Subtle shifts in camera angles sometimes, & extreme angles that create inherent emotional charge in the audience at other times. He looks through the camera and instinctively knows what to do to accentuate that which is often hidden in the subtext of the scene. He taught me that my instincts were good, but only as good as my courage to follow them through.” – Shekhar Kapur

Every movie of his has so much to learn from. Shyam Benegal’s Trikaal was set in pre-liberation Goa, where most parts of the region didn’t have electricity, he shot the entire movie in candlelight. And we are talking about film stock here, where the director had to ask him if he was sure that it wasn’t a huge risk. Without the sophisticated lenses that Stanley Kubrick used in Barry Lyndon, without that supplementary light source that Kubrick actually used in a scene that is often misreported to have been shot only using candlelight. He personally devised hundreds of candles, of varying sizes and shapes, to decipher the interplay of light, and build a world that shimmered, bit by bit.

“That man didn’t know how to pronounce the name of Ingmar Bergman—he used to call him Burman—but he had a sense of light like nobody in that generation. Cinema lost contrast for a long period after Subrata (Mitra), people were just bouncing light off the ceiling. Ashok didn’t even know what he was creating, he wasn’t able to discuss his art in depth, but he was a lighting guru.” – Rajiv Menon

“I cannot control the sun, so I might as well create it on a set,” he would say. And yet, lighting never got more minimalist, more invisible. While most cinematographers would be content to use a key light, a fill and a reflector, he would use several skimmers and reflectors, for what were even less challenging situations. He told me that the real world had so many little things happening, so many reflections, and reflections off reflections, that it is not linear, not programmable. There are traces of light here, pockets there. And every bit of painstaking effort was used in ensuring that it all looks effortless.

In India, we are so obsessed with our stars that we never seem to remember the real heroes on the set. When I was photographing Ashok Mehta, I was probably only stocking up on his memories. Amit Ashar leads twin lives that sometimes intersect. One lies in the commercial world, and sometimes, in cinema, having shot posters for iconic movies like Rang De Basanti, amongst others, and the other, in his own personal space, where he seeks moments of phenomenal magic within all that’s mundane, the ordinary. You can visit his website here.

This article originally appeared in the November 2016 issue of Better Photography.