There’s a lot to be revealed in Nick Gentry’s intriguing portraits. See how he transforms and breathes life into the obsolete artefacts that make them. 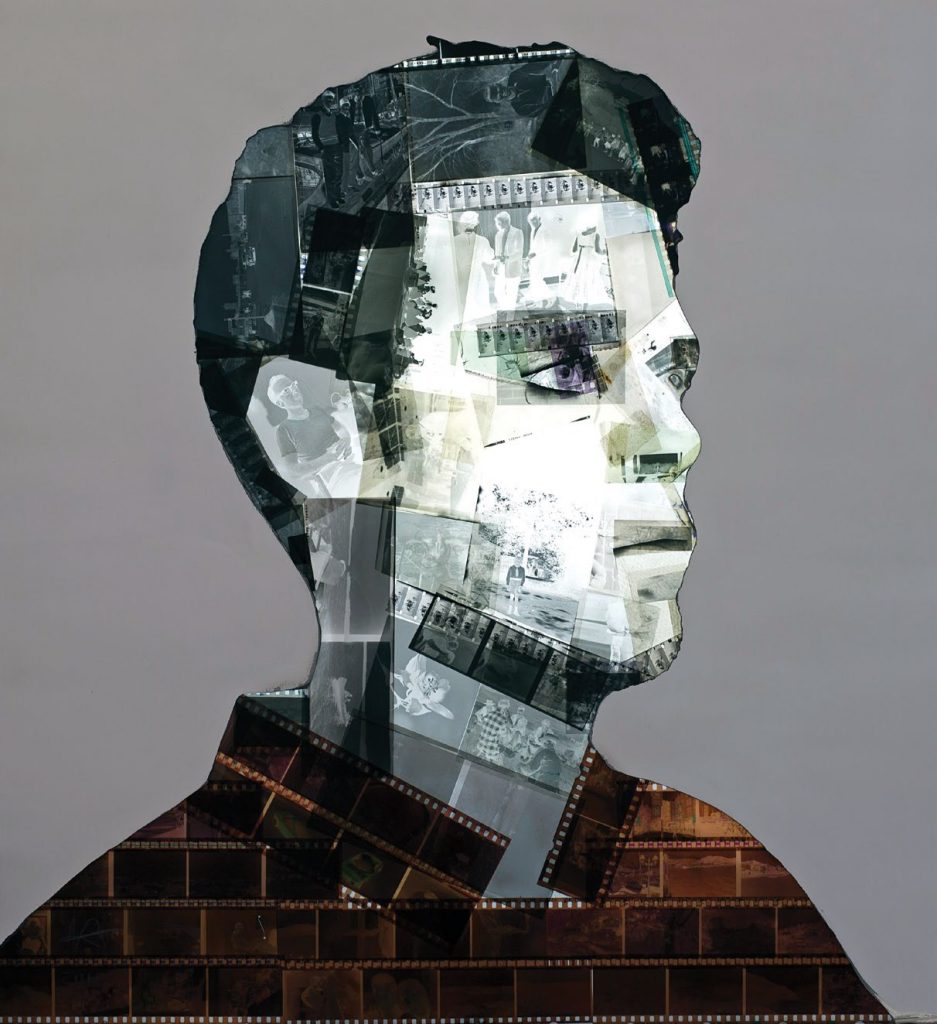 History and identity form the core of my work. In fact, the objects that I use for my portraits contain stories from the past, which I then weave together to create new ones.

While on a trip to Brazil in 2009, I visited photographer Viz Muniz’s exhibition. I recollect being particularly drawn towards a giant world map made up entirely of old computer parts. The magnitude and intricacy of the artwork was astounding, and it wasn’t too long after that I began experimenting with creating art of my own, using discarded materials.

However, the real inspiration came from my childhood. I would spend hours drawing faces of different shapes and sizes. At the time though, I did not know that it would culminate into the complex portraits that I make today. Nevertheless, it was an activity that I found very calming and peaceful. 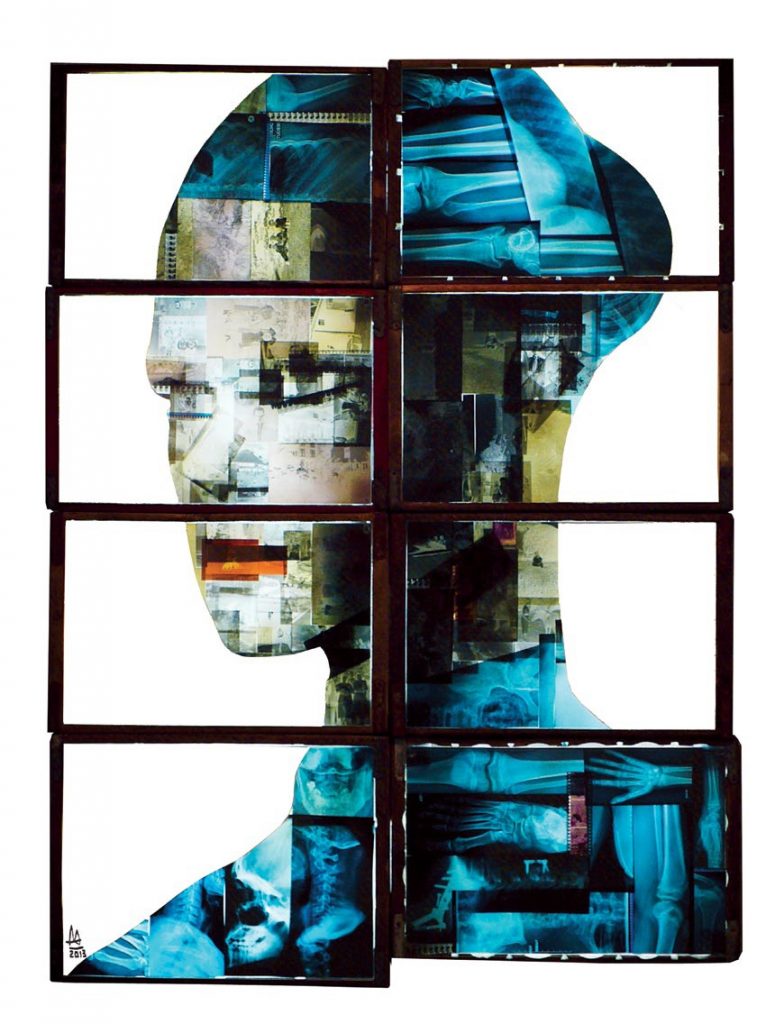 By using out-ofdate materials I have attempted to explore the theme of life and death, by portraying how objects that were once integral to our being have now ceased to exist.

The mood that gets created is not preplanned… it’s a mystery as to how it happens. I am myself trying to understand how this works. But I’m happy for it to be something beyond my comprehension.

When I began making portraits using abandoned materials, I started with floppy disks and CDs. I wanted to resurrect these forgotten objects and display them in a new light. At the same time, I also wanted to make a comment on how far technology has evolved in just a span of a few decades. Eventually, I moved on to film negatives because of the unique fragments of history and memory that they contain, and which cannot be copied infinitely like in a DLSR. That’s what I love about it.

I am constantly evolving and redefining how I go about creating my portraits. After I have sourced all my materials, in this case film negatives, I work with reference photographs to give shape to the portrait. My current approach involves first painting directly on a sheet of acrylic. Then I go on to add the film negatives to this base layer, and later I add more paint as a final layer. 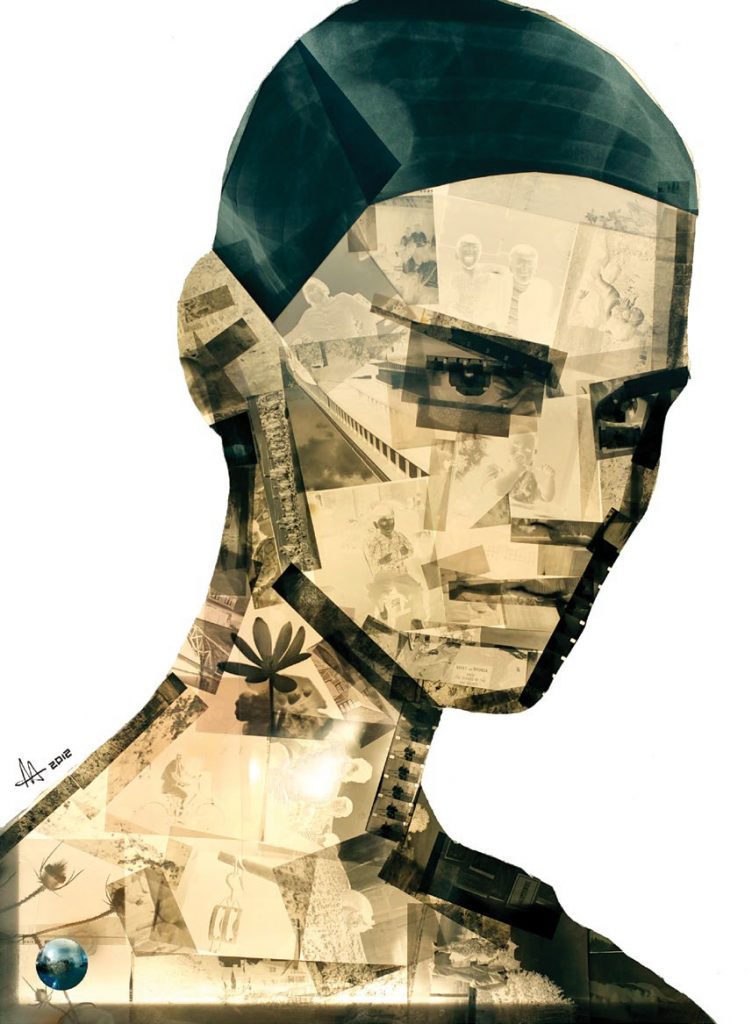 Music is an integral part of my working process. In order to infuse the portrait with a certain feeling or emotion, I need my mood to be elevated as well.

It occurred to me that some of these objects that were once considered integral to our lives, now represent something else entirely. With the pace of change, it seems we can reach a point where the meaning of an object is in total flux.

For the features, I used to use oil paint to give them definition and prominence. However, now I create the features using collage. Since there is already so much beauty in the materials, I want them to be the central focus of the work. Then using a very basic lighting setup, I photograph my artwork, so that I can share it later after the physical piece has left my studio. What I like about working with film is its haunting and mysterious quotient, and the way it makes the viewer curious enough to come close and see what’s happening in each scene. It’s this inquisitiveness that fuels my work and inspires me to create more art.

I use a Canon EOS 6D with a fixed 50mm lens. The combination is perfect for shooting my portraits, along with a basic lighting setup in my art studio.

To view more images from Nick’s work, you can visit his website www.nickgentry.com

On Becoming a Better Artist

This article originally appeared in the December 2015 issue of Better Photography. 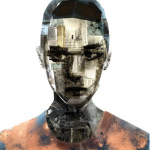 When using floppy disks to create my portraits, I used to obscure the eyes, as I felt that it would otherwise be too revealing. This has changed over time, but I am still interested in that initial concept. 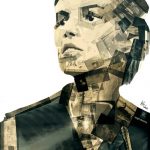 I am not entirely wedded to portraiture and I often work with sculpture as well. But for now, I can’t get away from the captivating qualities of the human form. 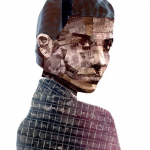 In the past, I have used a range of different materials—X-rays, film negatives, computer disks, cables, audio and video cassettes, wood, metal, resin, etc. The choice is always made based on what is most appropriate for that given artwork.