Quote of the Week: Sylvia Plachy 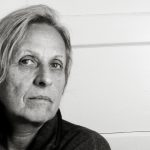 “You find photographs in so many different ways – from chance encounters, from looking at your negatives, from the way the light hits your pillow in your home, from a sound or a movement that makes you look… It’s whatever draws you or makes you feel something. Then, the picture is only good if it has a life of its own. Every photo is almost fiction or a dream. If it’s really good, it’s another form of life.” —Sylvia Plachy (1943)

Sylvia Plachy was a staff photographer at the Village Voice between 1974-2004, wherein the 80’s and 90’s she covered New York culture and politics, national news and also international events travelling to Nicaragua, Kuwait, the Romanian Revolution and the dissolution of the Eastern Block. At various other times she was on staff at New York magazine, the New Yorker, Metropolis magazine and a contributor of photo essays, portraits to various magazines. Her photographs are in the collection of MOMA, in the Queens and Brooklyn Museums, in Houston Museum of Fine Art and in many other collections. Her accolades include the Guggenheim Fellowship, Page One Award for Journalism, a Lucie and the Dr. Erich Salomon Preis. She has also received an Infinity Award for her book Unguided Tour, and a Golden Light Award for her book Self Portrait with Cows Going Home.