Quote of the Week by Sherrie Levine 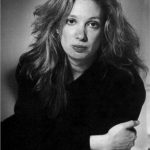 “I try to make art which celebrates doubt and uncertainty. Which provokes answers but doesn’t give them. Which withholds absolute meaning by incorporating parasite meanings. Which suspends meaning while perpetually dispatching you toward interpretation, urging you beyond dogmatism, beyond doctrine, beyond ideology, beyond authority.” —Sherrie Levine (1947)

Sherrie Levine is an American appropriation artist and member of the Pictures Generation. In her examination of the codes of representation and authenticity, Levine recreates the work of historically significant artists, such as Walker Evans, Constantin Brancusi, Vincent van Gogh, and Edgar Degas, among others. Her work interrogates notions of ownership and meaning by directly confronting canonical works and the viewer in gallery or museum contexts. Born in 1947 in Hazleton, PA, she went on to receive her MFA from the University of Wisconsin in Madison. Levine has exhibited with David Zwirner gallery in New York, and her work is in the permanent collections of the Art Institute of Chicago, the Guggenheim Museum in New York, the Tate Gallery in London, the Centre Pompidou in Paris, and The Museum of Modern Art in New York, among others. Levine lives and works between New York, NY and Santa Fe, NM.