Quote of the Week by Robert Frank 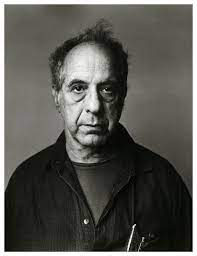 “There is one thing the photograph must contain, the humanity of the moment. This kind of photography is realism. But realism is not enough – there has to be vision, and the two together can make a good photograph.” —Robert Frank (1924-2019)

Robert Frank began his journey in 1941, and spent the succeeding years working as a commercial photographer in Zurich, Geneva, and Basel. In 1947, he came to New York, and was instantly hired by Alexey Brodovitch as a fashion photographer for Harper’s Bazaar. However, a few months later, he resigned from the job because of the limitations of the genre. From 1950 until 1955, he freelanced for magazines like LIFE and Vogue, amongst others. By then, his street photographs began to receive attention from prominent figures such as Edward Steichen, Franz Kline, and Walker Evans. On Evans’ suggestion, Frank applied for the Guggenheim Fellowship, which enabled him to travel throughout the country between 1955 to 1956. Out of the 27,000 images, about 83 of them resulted in his most famous book, The Americans (1957). By the 1970s, he also established himself as an avant-garde filmmaker, producing works such as Pull My Daisy (1959) and Cocksucker Blues (1972). His photographs are held in the collections of the Metropolitan Museum of Art, the National Gallery of Art, and the Kunsthaus Zürich, among others.