Quote of the Week by Hiroshi Sugimoto 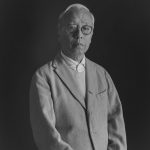 Hiroshi Sugimoto was born in Tokyo, Japan in 1948. He graduated from Saint Paul’s University, Tokyo in 1970 and in 1974 from the Art Center College of Design, Los Angeles. In 1974 he moved to New York where he currently resides. His works have been exhibited at the Tel Aviv Museum of Art, Nagasaki Prefectural Museum, the Palace of Versailles, the Royal Museum of Fine Arts of Belgium, and the Museum of Art, amongst others. Sugimoto has been the recipient of numerous awards including the National Arts Club Medal of Honor in Photography, the Centenary Medal, The Royal Photographic Society, Isamu Noguchi Award, and the Hasselblad Foundation International Award in Photography. He has received fellowships from the Guggenheim Foundation and the National Endowment for the Arts. In 2017, Hiroshi Sugimoto founded the Odawara Art Foundation, Japan, dedicated to fostering and promoting both traditional Japanese and International contemporary performing arts practice.