Quote of the Week by Alfred Stieglitz 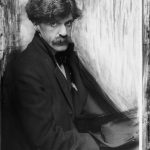 “In photography, there is a reality so subtle, that it becomes more real than reality.” —Alfred Stieglitz (1864–1946)

Alfred Stieglitz was a renowned photographer who contributed greatly to the development of Modernism during the 20th century. Championing photography as an art form at a time when it was considered a mere form of documentation, he co-founded the journal Camera Work with Edward Steichen and passionately defended the importance of the medium.  Born in Hoboken, NJ, he received part of his education in Germany, studying mechanical engineering at Berlin’s Technische Hochschule, and later photochemistry after returning to the United States in 1890. Technique was important to Stieglitz, and he took great care in creating his platinum prints with close attention paid to composition and tonality. Among his most famous images are the portraits of his wife the painter Georgia O’Keeffe. Today, his works are held in the collections of the J. Paul Getty Museum in Los Angeles, the Musée d’Orsay in Paris, and the Smithsonian American Art Museum in Washington, D.C., among others.