This sketch depicts a Magic Lantern show from the 1890s, where a projector was used to entertain an audience.. Source: www.thequietus.com

Chandni Gajria traces the past and uncovers some interesting developments in the world of photo projection.

This article was originally published in July 2011.

Strange as it may seem, projectors were once used to summon ghosts! In fact, a German coffee shop owner named Johann Georg Schröpfer conjured images of supposedly ‘dead people’ on smoke to scare his audience. In a surprising twist, he himself started fearing the projections he created and believed that real ghosts were after him. Promising his audience that he would resurrect himself later, he shot himself in the coffee shop!

Did you know that the first few projectors were used to conjure ghosts?

Sketches from Centuries Ago
This may not have been the beginning of photo projections, but was surely an interesting part in the larger jigsaw. Jog back a few years more and we will realise that projectors have originated from the concept of the camera obscura. A projector is nothing but a dark chamber that projects anything that is placed in front of the light and lens, much like the camera obscura.

Interestingly, the very first idea related to projectors, was in a sketch made by Johannes de Fontana, way back in 1420. It showed a monk holding a lantern, within which there was an image of a devil holding a lance being projected onto a wall. This ancient drawing became an inspiration for scientists and researchers in order to develop the perfect projector. This is the first ever drawing that illustrated the working of a projector. Source/www.digital-collections.de

Stories of the Magic Lantern
Can you imagine what it must have felt like when the first projectors were actually used? The whole experience of seeing an image on a wall was magical. Not surprisingly, Danish mathematician Thomas Walgensten coined the term ‘The Magic Lantern’. A concave mirror was placed in front of a candle and the light was projected through a slide that had an image imprinted on it.

Dutch scientist Christiaan Huygens had an interesting way of describing early projectors. He developed a version of the projector himself, and called it the ‘Lantern of Fright’, as the images projected were spooky and looked like ghostly apparitions.

Projecting a World in Colour
Of course, every imaging technology that had been devised until then, was in black and white. Colour only came through in 1855 when Scottish physicist James Clerk Maxwell suggested the three-colour method. This became the foundation for all print or electronic colour processes.
It was based on the fact that the human eye sees colour only because the inner surface of the eye is covered with cells that are sensitive to red, blue and green. Maxwell concluded that if three pictures of the same scene were shot through red, green and blue filters and projected, the result would be a photograph with the colours of the original scene.

Projectors have been used by both painters and photographers.

Projectors—Today and Tomorrow
Around the twentieth century, projectors started using incandescent bulbs and halogen lamps. As different kinds of projectors were created, their application also varied—from being used as toys, to being used for educational purposes.

With the advent of digital technology, modern projectors have become quite different. Resolutions have improved, as has the various multimedia that the device can project. In fact, some compact cameras and cell phones have integrated projectors!

One cannot deny the fact that the first few projectors were actually responsible for the development of photography. Ultimately, nothing can beat the nostalgia of seeing pictures of your loved ones, projected in front of your eyes! In 1940, photographer and painter Manoranjan Ghosh worked on developing a ‘poor man’s projector’. The sole idea behind this invention was to spread education in the remotest corners of Bihar, Orissa and other states where electricity was inaccessible. The projector was developed in the 1950s and used a gas lamp that projected a larger image from the slide, onto a canvas. Ghosh also prepared educational slides which were used by for various educational programmes in rural areas. The projector became popular in many parts of India, and also in Germany.

Projectors Through the Ages 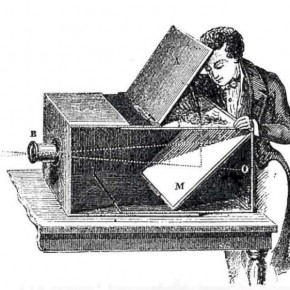 Camera Obscura: The 18th century device used tracing paper to make outlines, that were then put onto canvas. Source/Wikimedia Commons 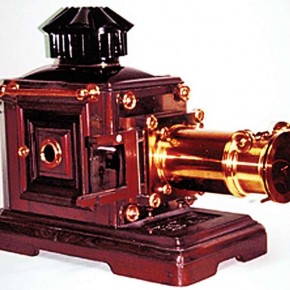 Single Lantern Projector: This slide projector from the 1890s would project slides that were handpainted on B&W positives. Source/www.antiquesjournal.com 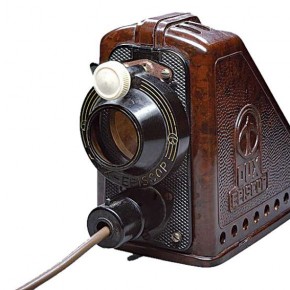 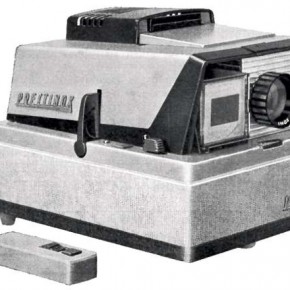 Slide Projectors: Slide projectors gained popularity from around 1950–1970 and were used a lot by families. Source/Wikimedia Commons 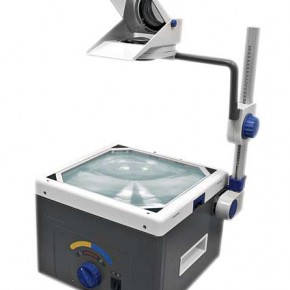 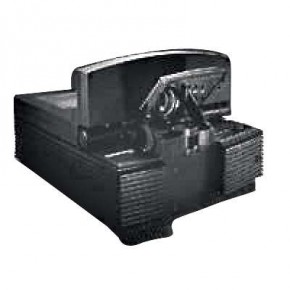 Multimedia Projectors: Modern-day projectors can be used for text, images, video and other multimedia. Source/Wikimedia Commons