Pradeep KS: Not Green on the Other Side

For over a decade, Pradeep KS has documented the gradual changes all over Bengaluru’s once green landscapes, brought about by accelerated development, and how it has affected its residents, as well as those seeking employment in its expanse. 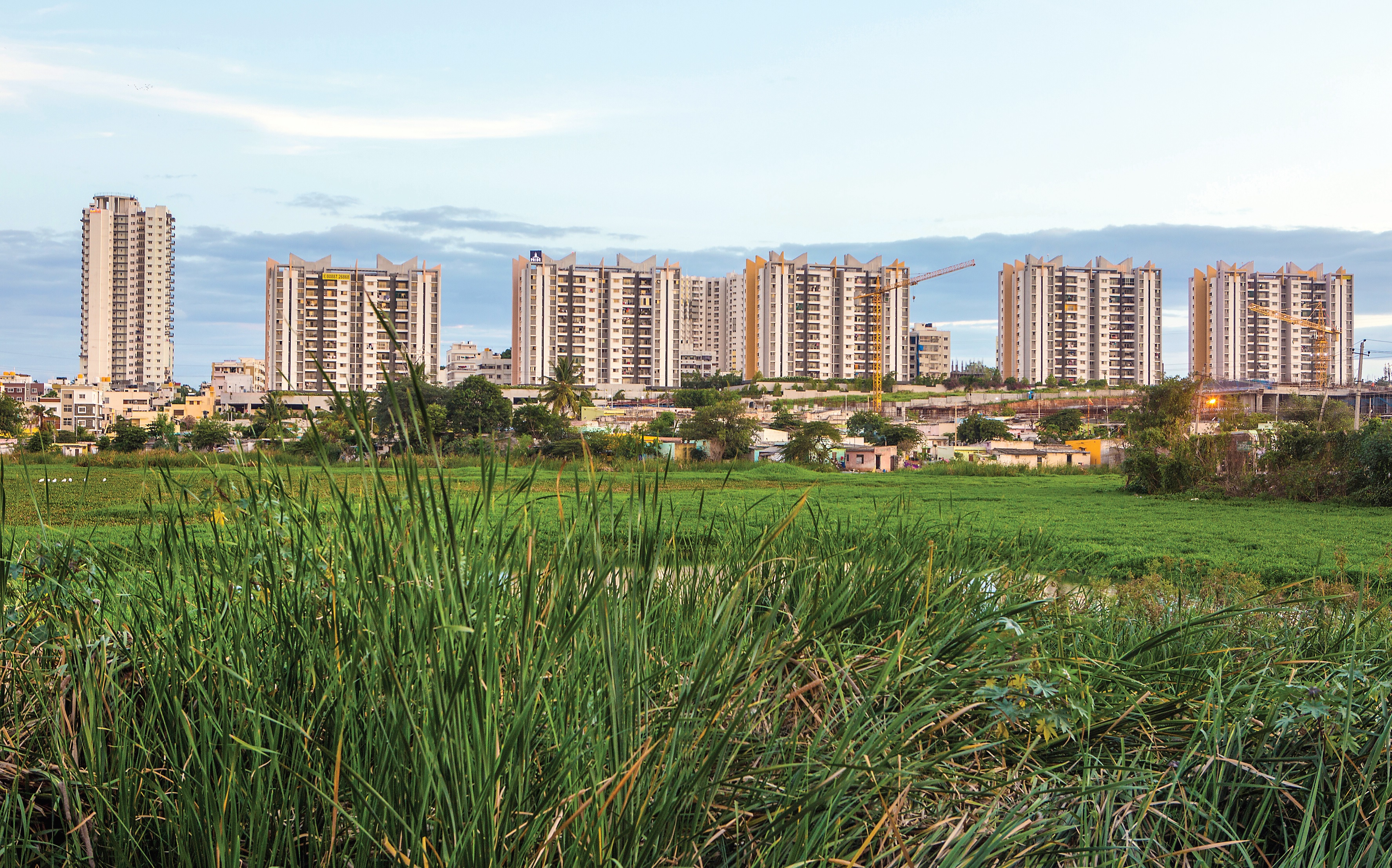 Bengaluru’s 837 urban and 710 rural lakes are spread over 57,932 acres. Nearly one fifth of this area has been encroached upon by both government and private agencies.

India has always held a deep reverence for nature, as seen in its myriad of rituals, where it’s commonplace to beseech the gods for good rains and harvests. However, even as these practices continue, I couldn’t help but notice the irony of the situation—the worship of nature on one hand and the simultaneous systematic obliteration of it, all in the name of development.

Bengaluru, the city I grew up in, was once hailed for its salubrious climate, green cover and laid-back attitude. Now, it has been overtaken by the snarls of traffic, increasing pollution and garbage dumps, and rising temperatures. Where once there was space for all, there is now a metropolis that pays no attention to inclusive development. It was this rapid loss of the city’s identity that provoked me to document the changing spaces of Bengaluru, in my project titled Lost City, and examine the impact on its inhabitants. 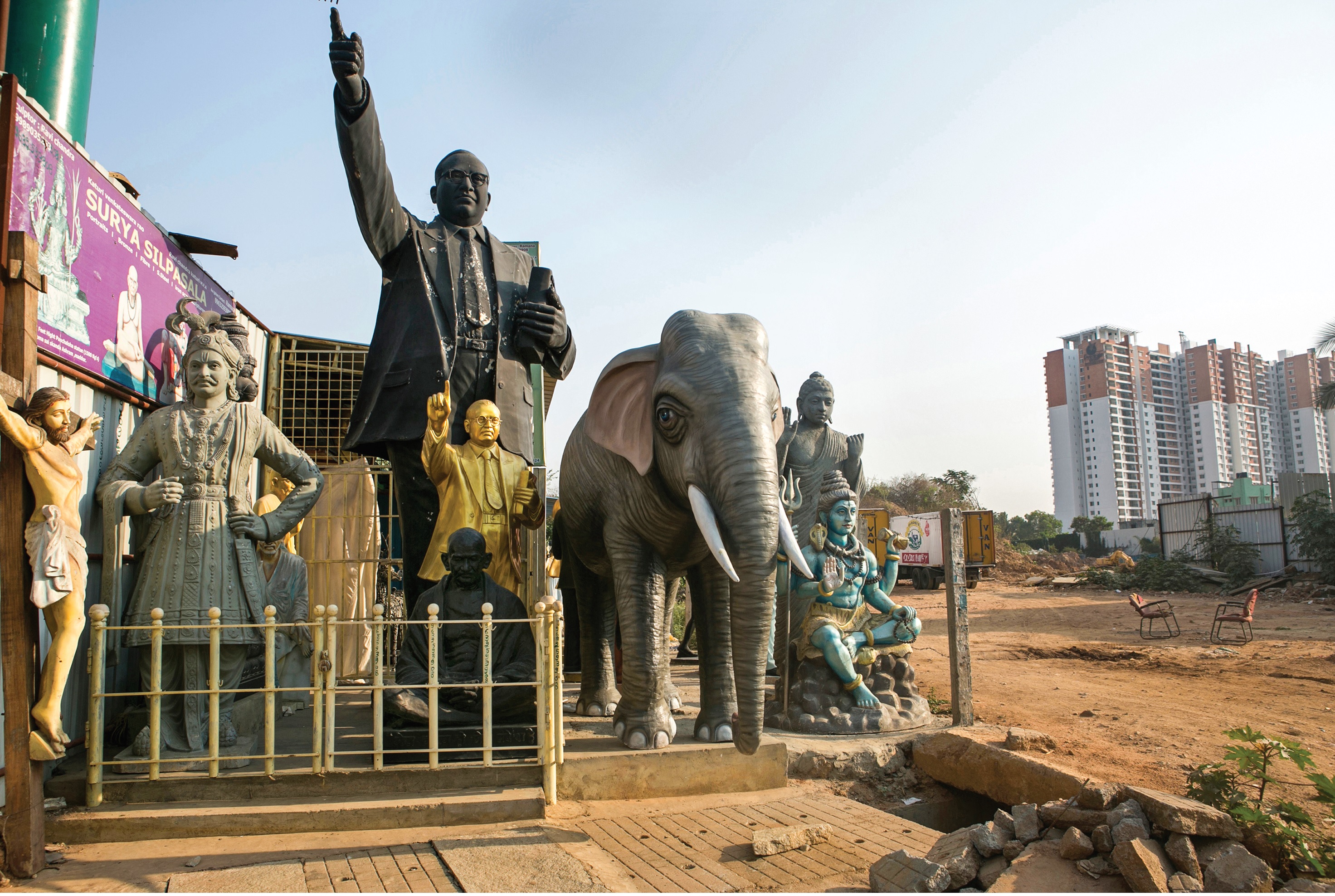 The founder of Bengaluru, the architect of our Constitution, the father of the nation, and the gods we worship, are mute spectators to the rapid, unplanned urbanisation.

Perhaps, the biggest and most evident change that I’ve noticed in the city, over the years, is the regional disparity in development, at the cost of the welfare of the regions surrounding it. As a result, these areas have been witnessing unnatural droughts and a general scarcity of resources. In fact, there’s major mismanagement, even within the urban space. For instance, the average distance that a local has to travel daily, to and fro from work, is huge.

Bengaluru has grown like a city on steroids, however, its growth momentum is in danger of being unsustainable. Its citizens are already paying the price for its unplanned growth, and the administration is overwhelmed by this swift propulsion, as it lacks the financial, human and technical resources to adequately serve the inhabitants of the city. Photographically, my approach towards the project has been focused on the duality that exists in Bengaluru’s expansive urban landscapes, where nature is seen struggling to hold on to its roots, while in the midst of rapid development. By showing this contrast, for instance, how the forested areas have rapidly receded in the face of sprouting concrete structures, I hope to make a difference in people’s understanding of how their actions, needs and wants have amounted to this. 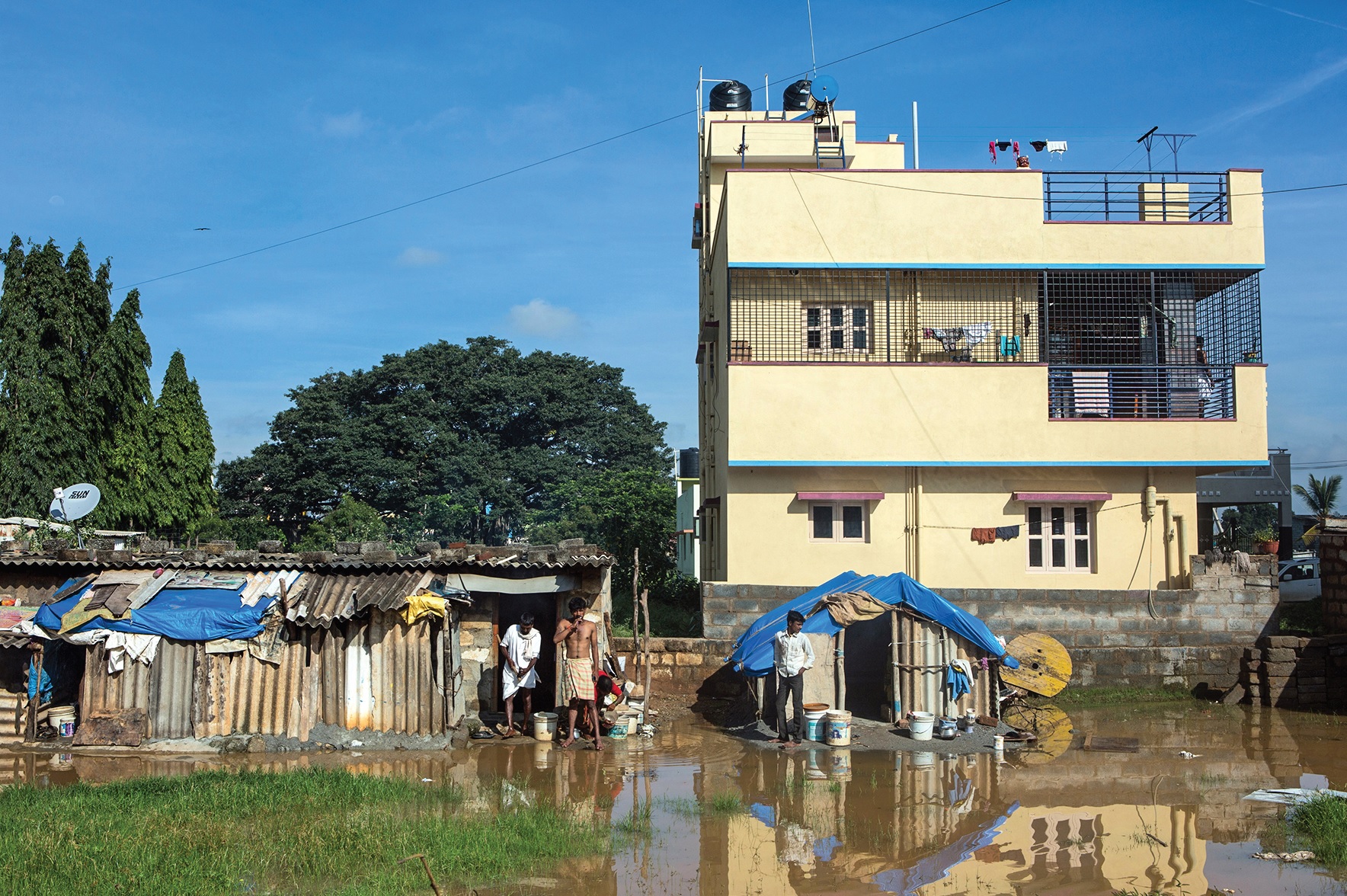 2017 was the wettest of 115 years for Bengaluru, clocking in at a record 65.18 inches of rainfall. Large parts of the city drowned in the floods caused by a storm water drain system, which is a travesty in the current era of global climate change.

With Lost City, I am documenting the life of a living entity. For as long as the city exists, there will always be a story to tell. Today, it’s a call for help. Tomorrow, it could get better, or worse. Regardless, I am here to lend my voice to its woes.

Flitting about urban settlements and the exurban satellite clusters that are held in their gravitational pull, Pradeep KS’ primary focus of inquiry is the shifting, ductile and transitory nature of the modern metropolis, as represented by its decay, as well as its renewal and germination. You can view his work on www.pradeepks.com. 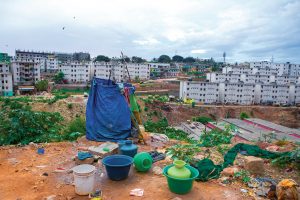 The high influx of people from other cities has given rise to the development of new properties. This rapid urbanisation has led to stressed water resources, and their mismanagement. Poor maintenance of Bengaluru’s lakes is one of the major factors at play here. 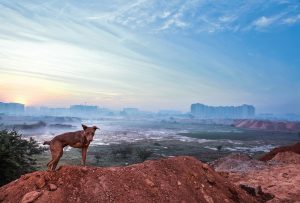 Bengaluru’s 837 urban and 710 rural lakes are spread over 57,932 acres. Nearly one-fifth of this area (10,785 acres) has been encroached upon by both government and private agencies. 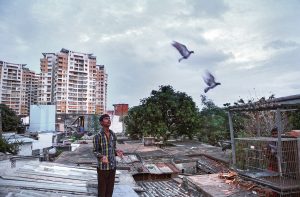 Kishore, a resident of Malleshwaram MD block, has seen the city changing. It seems not to have affected him and his family. Life goes on as usual for them, amidst the city’s levelling problems. 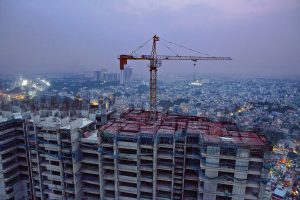 In the last five years, the concept of high rises came into being, after a change in the City Development Plan, thus providing a much larger FSI. Developers leave no holds barred in exploiting this opportunity; buildings skyrocket to ever greater heights. 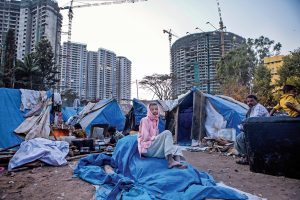 The boom in the construction industry in Bengaluru and other cities of Karnataka is sustained by almost 15 lakh migrant workers from distant states. Construction companies no longer seek workers from Karnataka; they specifically ask contractors to employ labourers from other states because they work “harder”. To escape from poverty at home, these workers get sucked into a labour economy that is characterised by exploitative practices, unsafe working environments, inhuman living conditions, and social exclusion. 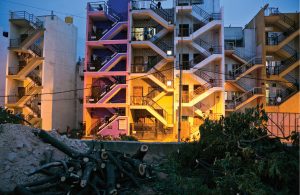 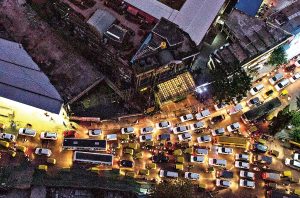 According to the World Resource Institute, the average traffic speed in Bengaluru dropped from 35km/h in 2005, to 9.2 km/h in 2014. Peak traffic moves at 4-5 km/h on the city’s Outer Ring Road. Average citizens spend 240 hours, per year, stuck in traffic jams. New data reveals the average speed of vehicles at peak hours to be approximately 15.5km/h, third bottom ranking among Indian cities. 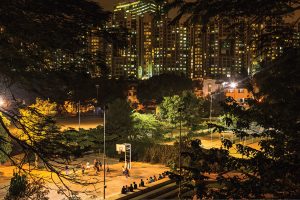 Open spaces find no place amidst the choking congestion in the built-up city. Bengaluru’s children are forced to get resourceful in finding places to play. This is one of the last remaining playgrounds in Bengaluru.