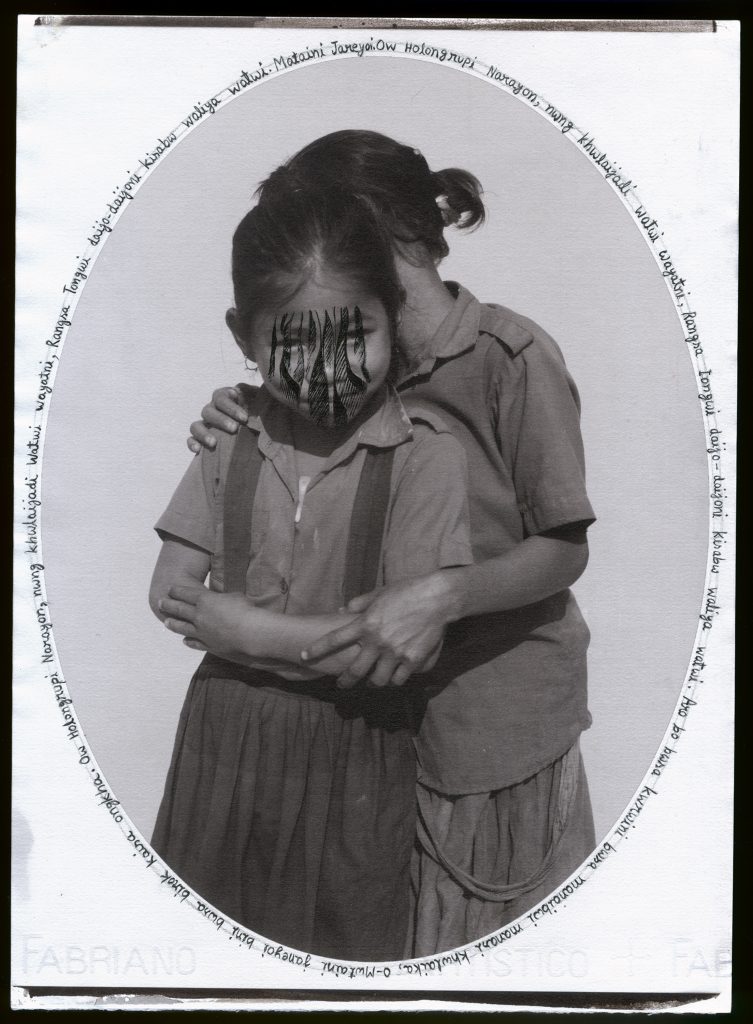 All the photographs in Rape is Political are gold-coated albumen prints on acid-free paper, hand paint on the photograph. Size: 25.4cm x 30.48cm. Photograph/Ashfika Rahman 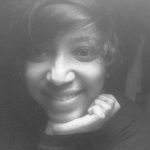 Ashfika Rahman is a multidisciplinary artist,. Her practice involves extensive research on power and structure of society and social issues. Currently, she teaches at the Pathshala South Asian Media Institute in Dhaka.

When I was a child, my mother, a social activist, brought a young indigenous girl to our house. She was a sexual violence survivor who was in search of a shelter home and was as old as my sister and I. Perhaps as a result of how rape survivors were portrayed within our community and in the media, we assumed she would behave in an unusual manner. But after spending a few days with her, my sister and I realised that she was an ordinary girl, like us. Our interactions left a deep impression on me. Decades later, when I was studying photography at the Pathshala South Asian Media Institute in Dhaka, I was asked to work on a personal project. I instantly knew I had to chronicle the indigenous community that the girl belonged to. In 2016, I began work on Rape is Political, a series of portraits of indigenous rape survivors residing near the Khagrachari hills. The area is located closer to the complex borders of India, Bangladesh and Myanmar. 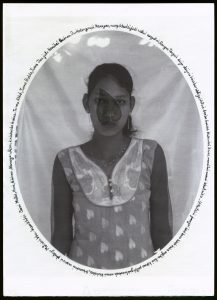 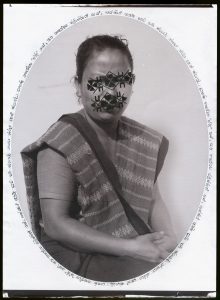 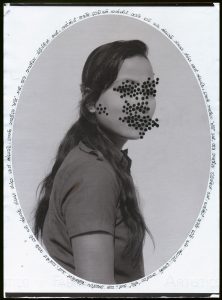 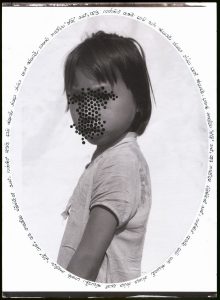 During my research, I came across statistics that showed how rape was used as a way to control and dominate the indigenous communities/ethnic minorities in South Asia. The conflict between the indigenous community and the Bangladesh government has been going on for years. The “rapes” are political, and is used by the state as a weapon to repress the indigenous community. The attacks frequently occur where there are land disputes between indigenous people and Bengali settlers. According to reports by the Kapaeeng Foundation, 364 tribal women were stripped off their basic rights between 2013 and 2017—of whom, 106 women have fallen prey to violence, 100 women have been raped, and at least 66 of them have narrowly escaped attempted rape. Moreover, the community has been subjected to daily violence and raids. The rapists, largely Bengalis, are virtually protected by the state security forces. Unfortunately, even the doctors are now prohibited to report these cases. For instance, the survivor I was working with, her report stated that she had “allergies”, a plausible cause for brutal scratches all over her body. 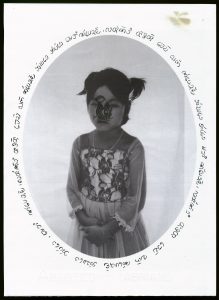 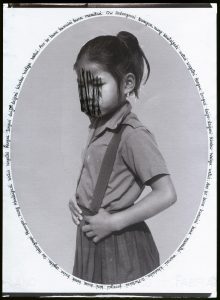 Following my year-long interaction with the survivors, I recognised the importance of depicting their unwavering resilience and courage. I wanted to share their narratives as I perceived it—strong and graceful. I chose to use the delicate gold-coated albumen prints on paper, historically used for portraying royalty. The technique is significant as I wanted to challenge the biased portrayal of the survivors in the media. I did not hide their eyes because I wanted their gaze to confront us. Can we bear to look at what the state has done to them? Do we see them or is this just another news item to us? 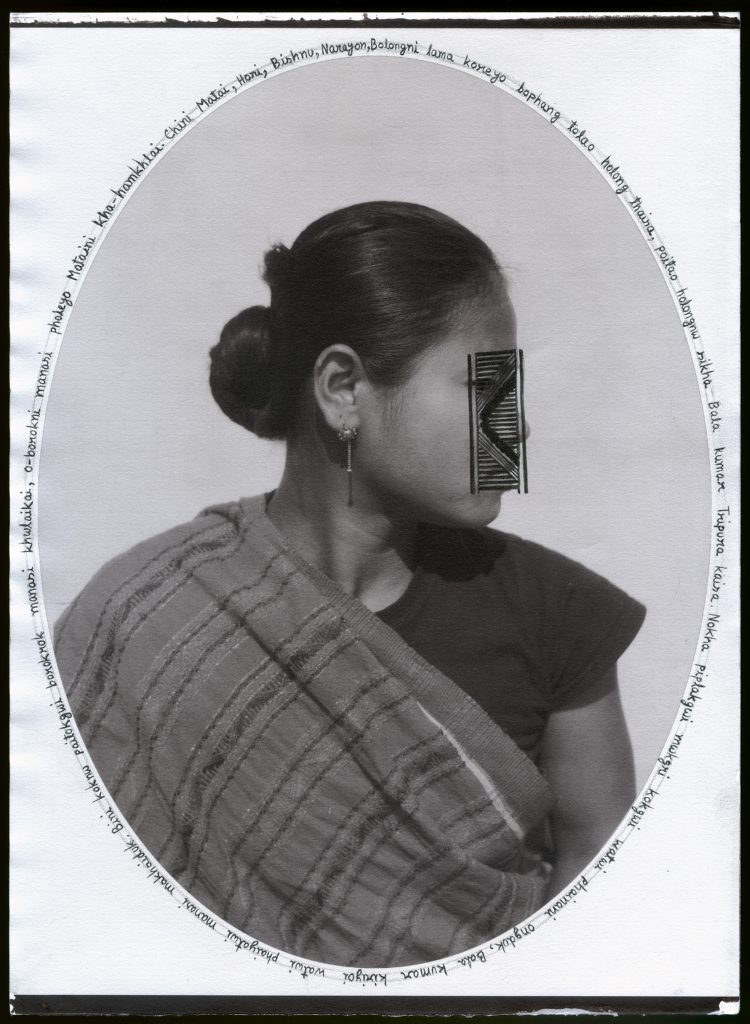 The text surrounding the images are prayers written in various indigenous languages, forming a symbolic safety circle. It is metaphorical, to show how these women want to be protected from the monster that is reportedly the state security forces. It is also symbolic of the preservation of their native tongue, which the government has ignored. As a visual artist and a woman, this project is an attempt to show my solidarity and spread awareness about the atrocious crimes and alarming threats on humanity.

This article originally appeared in the August 2020 issue of Better Photography. 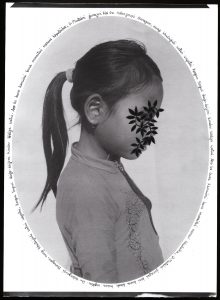 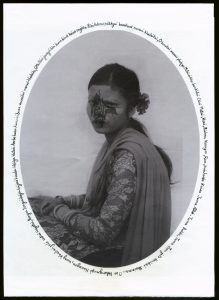 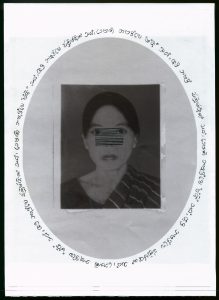 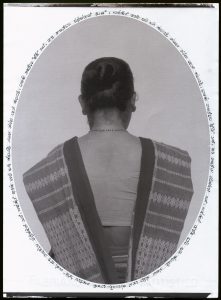