The Barpak village held 1200 houses in its vicinity. At 11.56am, a massive earthquake made the village its epicentre, thereby completely flattening its structures. It will take months to clear the debris. Photograph/Kishor Sharma

The Instagram feed of the Nepal Photo Project has been instrumental in collecting small stories from the terribly devastated land of Nepal, in order to give a voice to the tragedy, through photographs. Rahul Sharma talks to some of the photographers involved. Little Suresh, aged nine, was rescued along with his family from a remote village and brought to Sindhupal Chowk by an Air Force rescue helicopter. Badly injured, he was in a daze and unable to respond normally.                              Photograph/Ritesh Uttamchandani

Life can quickly take unprecedented, macabre turns during its course. Such was the story of the peaceful village of Barpak in Gurkha. People were sowing seeds, when the ground suddenly started to shake. Within no time, houses were being reduced to rubble. A 7.8 magnitude earthquake had begun devastating the beautiful land of Nepal. The earthquake’s impact was such that it affected the lives of over eight million people.

With destruction at such a scale, a plan was required to assemble the right stories from across the land. A different kind of photojournalism was needed, one that would give a name to the victims suffering from the catastrophe, and draw a bigger picture for the world. Such were the terms of the inception of Nepal Photo Project (@nepalphotoproject). Sonam Tamang, aged 55, was evacuated from the Langtang village on 11 May. Suffering of heart disease, he constantly shivered during his conversation with Sagar Chhetri. Photograph/Sagar Chhetri

Picking From the Grassroot Level
Coordinating with his photojournalist colleagues, Sumit Dayal planned a focused coverage for the Nepal Photo Project that would be curated by Tara Bedi.

Apart from featuring images shot by the group, the Instagram account’s feed also includes other photographers across Nepal. Using the hashtag #nepalphotoproject, stories poured in from various remote locations. Ila Ghale, aged seven, passed away in Barpak. She was buried soon after, and the offerings on her grave consisted of her favourite things, that included a Barbie doll, notebooks and sketch pens. Photograph/Zishaan Akbar Latif

Providing A Human Interest Angle
Sumit Dayal says, “The problem with mainstream Indian media was their generalisations about destruction and lack of focus in their stories.” The featured photojournalists have steered away from politicising and commoditising the disaster and the condition of the inhabitants.

Tara adds, “We often forget that Nepal is not just a wondrous land. It has real people. Our aim is to deliver microperspectives through individual stories.” A nine year old boy, Nayan Sakha, roams with his dog, Murnu, on the balcony of the only household that is still standing at Yugdol. Photograph/Sumit Dayal

Curbing the Psychological Impact
The immediate physical damage of the earthquake, was followed by tremendous psychological havoc that wrecked the minds of the locals. While some fled from the mountains to the plains, others slept outside their houses in fear.

“I believe in first listening to the stories of survivors before making pictures. I also find myself consciously not shooting anything that advocates negativity” reveals Sagar Chhetri. Children play in an abandoned steel cupboard amongst debris in Nallu, Lalitpur. The chaos in the background seems like an odd juxtaposition when used with curious, smiling faces of the children. Photograph/Prashant Vishwanathan

Creating a Wave of Change
Apart from showcasing images, the feed has directly helped victims. For instance, a photograph taken by Sumit Dayal of Ishwari Sahi, a resident Bandi Gaon, who lost everything, received a tremendous response on the group’s news feed.

The image helped in gathering Rs. 30,000 from contributors all around the world. With this money, Ishwari will be able to pay for his wife’s surgery as her leg was crushed in the earthquake. While some have not been able to come to terms with their loss, others start the process of rebuilding. These little kids attempt to put back their home, brick by brick. Photograph/Swastik Pal

Showcasing Resilience
“I came across strong stories of hope and courage amongst this deluge of sadness” says Zishaan Akbar Latif, who was one of the few to photograph the relief operations in Nepal.

The aftereffects of a diasaster can either cause indelible trauma amongst those who were affected, or initiate a mechanism of response amongst the masses. Photojournalism allows people to choose the latter, as they can see their own reflections in other victims, through the photographs. Five year old Divya looks through a window of SOS Children’s Village in Kavre, an organisation that rehabiliates children and their mothers. During the quake, she ran to the garden outside, along with the other children. She hopes for a better tomorrow. Photograph/Zishaan Akbar Latif 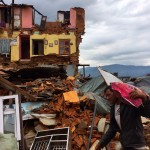 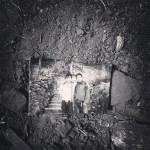 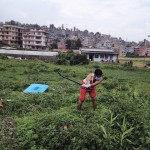 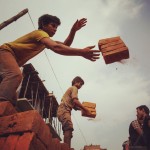 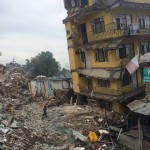 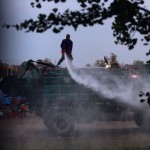 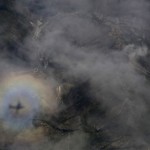 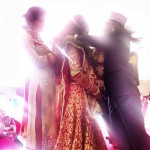 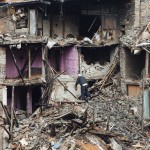 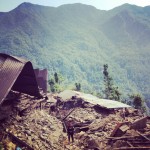 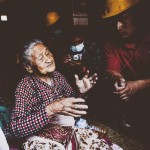 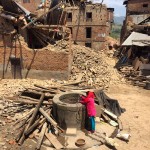 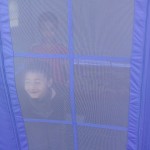 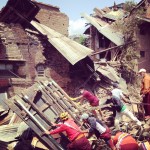 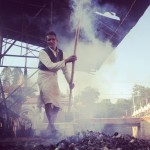 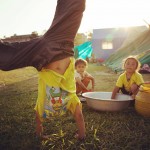 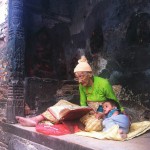 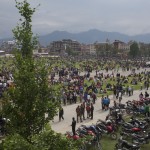